‘For Now, The Film’s Been Shelved’

So say producers Working Title, as others try figure a way around the ministry’s objections 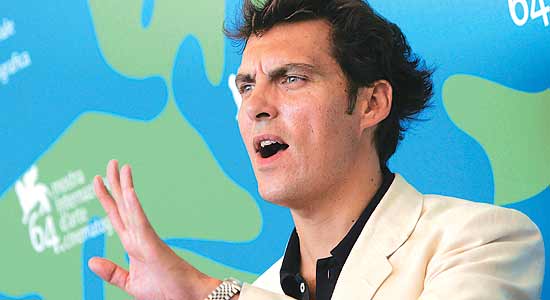 They have films like Four Weddings and a Funeral and Atonement to their credit. And last year, Working Title, the UK-based production house, bought the film rights to Alex Tunzelmann’s book Indian Summer and signed on Joe Wright to direct the film. Now they say the film has hit a hurdle with the Indian government. “For the moment,” a company official told Outlook on phone, “the film project has been shelved. There is no further talk about the movie at this stage. And there is little to talk about it as it is early stages yet.”

A similar response came from London-based Freud Communications, in charge of publicity for Indian Summer. All discussion on promotional literature for the film is premature at this stage, a company executive said. “We’re not working on any campaign for the film right now.”

For the multi-million dollar film project, Working Title had cast Hugh Grant as Lord Mountbatten and Cate Blanchett as Edwina. The film was supposed to roll this December, with the first leg of filming in India. Take One, the line producer in India appointed by Working Title, confirms it received a letter from the I&B ministry objecting to certain bits of the script. “Every movie raises some objection or the other with the censor board or government authorities,” a company spokesperson said. “Why, even Slumdog Millionaire, which went on to get the Oscars, ran into problems with the censor board. I’m sure we’ll accommodate the changes suggested by the Indian government.”

He says that the film will come through and that there is no point in reading too much into the initial delay. He even says that production has been kickstarted. “The screenplay has been written,” he says. “Please don’t read much into the fact that production has been delayed. As this is a big-budget film that requires a lot of finances, I am sure the issue of Partition and the portrayal of all the principal characters will be handled sensitively.” But how sensitive is sensitive enough for the I&B ministry? That remains to be seen.