For Cricket’s Satrapies, Cash Is Karma

An audit of the account books of 27 state cricket bodies reveals a pirate’s chest bursting with financial irregularities, one more flagrant than the next 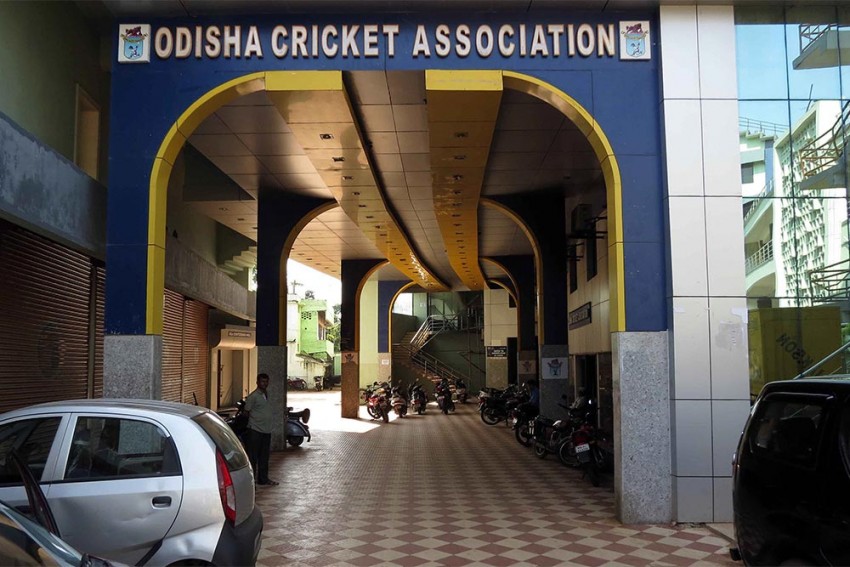 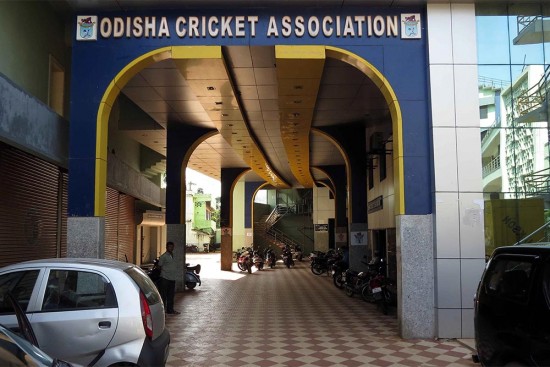 Cricket statistics—that bri­n­ger of unadulterated joy—normally doesn’t cover this. Everyone knows, as a general but vague truth, that cash flows in the Indian cricket Board’s coffers like runs from the blade of an ace batsman—but exactly how much, and more importantly, how? In October 2015, Sha­s­hank Manohar, the then BCCI president, made a first-of-its-kind move towards transparency: he commissioned an audit into the accounts of all state associations. With its penchant for playing ostrich at the whiff of a scandal in all its 88-year existence, the call for a close scrutiny of the Board’s accounts shocked many.

Global consultant Deloitte Touche Toh­matsu was appointed for this exercise, termed ‘Project Transformation’. No one expected a squeaky-clean copy-book, but enough states would have dreaded the kind of hot spots that would show up on Snicko. Now, after auditing the account books of 27 state associations, and putting the expenditure and utilisation of funds well over Rs 2,000 crore under a microscope, Deloitte has come out with a damning and scathing report.

The document, accessed by Outlook, is like a scoreboard for scams, laying bare financial irregularities—like huge, unex­pl­ained escalation of costs in stadium construction, land bought at astronomical rates, contracts given to firms known to BCCI officials, bills worth crores submitted on plain paper and associations spending large sums on administrators’ privileges like travel, acc­­ommodation, mobile phones and cars. For instance, a few years ago, Hyderabad cricket association officials bought gold coins for the­mselves! Strangely, the associations left out of this exercise are the Delhi and Dis­trict Cricket Association, Jammu and Kashmir Cricket Association, Rajasthan Cricket Association and Chh­attisgarh State Cricket Association—places where Del­oitte could have struck a goldmine. 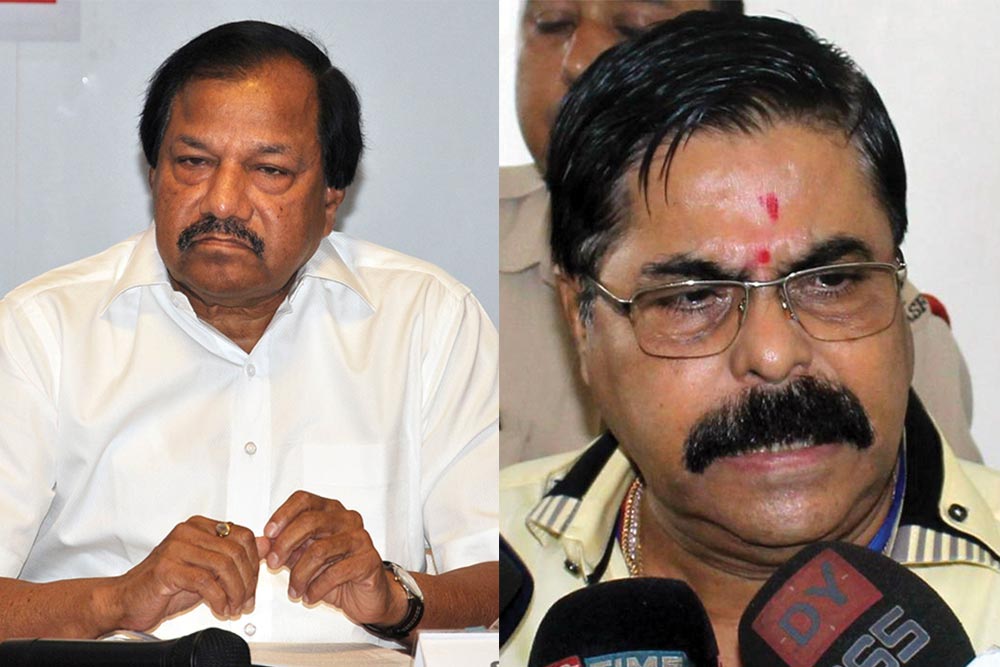 Among those who have been audited, the Orissa Cricket Association (OCA) occupies the prime slot in this rogues list, with unexplained expenditure topping Rs 500 crore. Among the things under the scanner is its lease agreement on Cuttack’s Barabati Stadium with the Odi­sha Olympic Association (OCA). Close behind Orissa are Assam, Tripura, Hyd­erabad, UP and Karnataka. Deloitte has unearthed transgressions in account books of associations that receive mass­ive BCCI funds. Both present and former administrators, rulers for decades, come out looking tainted. Here are some of the report’s most telling revelations:

The audit report is most damning of the OCA, which has failed to properly acco­unt over Rs 475 crore. For example, in 2014-15, major repair work of Barabati Stadium was carried out at a cost of Rs 3.27 crore by one Sanjay Mishra, despite the budget being only Rs 30 lakh—an inc­rease of 1,090 per cent! The Rs 50 crore infrastructure subsidy the OCA rec­­eived from BCCI was clubbed with its corpus fund, which is against the norm. And the OCA built around 100 flats at a cost of Rs 14.81 crore and gave them to its staff for free. It also granted life membership of its club at huge discounts to ‘outside parties’, incurring losses of Rs 2.38 crore in the last three years.

The Barabati Stadium deal is most inte­resting. Asirbad Behera, OCA secretary for 16 years, has also been general secretary of the Odisha Olympic Association (OOA), and both organisations are housed at this Cuttack stadium. The OCA has entered into a lease agreement with the OOA—a clear conflict of interest—to use the stadium. PILs have been filed all­eging “illegalities” in the sub-leasing; a separate case is being fought between the state government and the OOA regarding “illegal use and cancellation of lease”.

Behera, who stepped aside this month, says he has not seen the Del­oitte report but “there’s no mismanagement”. “We’ve spent money on raising infrastructure. All payments were made after due diligence, following preparation of budget and inquiry of parties, then approving of bills by the subcommittee, finance committee and AGM,” he says. He also denies the charge of free flats, saying they are staff quarters. 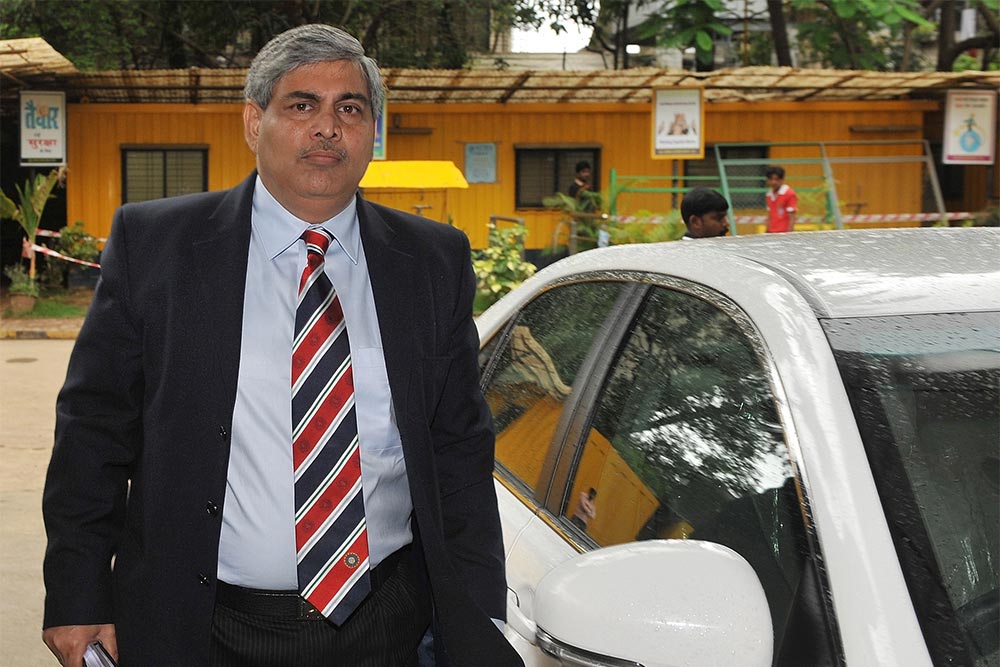 Ex-BCCI chief Shashank Manohar had commissioned the audit in 2015

Deloitte’s audit report already seems to have had some impact. Hyderabad and Goa have given written undertakings to the BCCI, saying they would implement reforms. In separate but almost identical letters, each of the two associations has promised that it “understands and ackn­o­wledges that it is crucial” to “comply with all the undertakings made” in the letters. Both associations acknowledged that the “BCCI shall not advance any payments” to them “unless it is satisfied of the steps being taken”.

The Goa letter has been signed by 12 exe­­cutive members, including the office-­bearers. For Hyderabad, it’s president Ars­­had Ayub and secretary K. John Manoj. A few days after giving the undertaking, the Goa police arrested three officials, president Chetan Desai, secretary Vinod Phadke and treasurer Akbar Mulla, for misappropriation of funds. They later got bail.

The unresolved issue of double taxation is an excuse for cricket bodies to delay paying tax—the backlog is in multiple crores.

The Assam Cricket Association (ACA) is another offender. Its former secretary Bikash Baruah is under police investigation for financial misappropriation worth at least Rs 21.5 lakh during his 13-year reign. The police have seized all ACA documents, books and records for ten years till 2015, after the Guwahati High Court ordered the probe, taking cognisance of a PIL filed by former ACA secretary Sahajananda Ojha. ACA is also feeling the heat over construction of the Barsapara Stadium in Guwahati. Delo­itte has found a huge escalation of construction cost: From the initial ACA budget of Rs 180 crore, the cost has risen abnormally; the auditors were told it might cost Rs 250 crore.

Then there is the perennially unresol­ved issue of double taxation that has given an excuse to associations to delay paying income/service tax, resulting in a backlog of unpaid taxes running into crores, or in some cases paying it under protest. “That’s the issue across all associations. The BCCI pays tax once, and when they give the same money to the state associations, should that be construed as double taxation or not? That’s a global issue,” Jyotiraditya Scindia, Mad­hya Pradesh Cricket Association chairman, tells Outlook.

But who exactly will take action against the erring associations now? Shashank Manohar has quit the BCCI and is presently the ICC chairman. After the Sup­reme Court debarred president Anu­rag Thakur and secretary Ajay Shirke from the BCCI, it’s up to the four-member Committee of Administrators (COA), headed by former CAG Vinod Rai, to take cognisance of the report. The COA can either punish the guilty administrators or recommend these cases to the SC, to which it reports. The audit report is for four financial years—2012-13 to 2015-16. What the COA will have to deal with immediately are multi-crore scams that appear to surround stadiums—in the purchasing of land and construction. In many cases, like that of Jharkhand, Assam, Orissa, Hyderabad and DDCA, construction costs have escalated manifold—in one case (the UPCA’s) construction has not even started on land bought for Rs 21.52 crore in Unnao. Now, this land, says the report, is also up for sale.

A lot of these irregularities was always suspected, with many officers maintaining a knowing silence. What this report does is to put things in black and white. There is a separate, detailed report on each of the 27 state associations, going into the minutest of details. “I wish this report is made public,” says a BCCI official. “The BCCI cannot punish states as they are its own associations. How can it punish them? But the SC-appointed COA’s powers are limitless. If it wants to take action, it should stop allotting international matches to tainted states; that’s what hurts them the most. Or it can suspend their recognition, or refer the cases to the BCCI ombudsman,” he adds.

The bigger question: can money spent illegally be recovered? “It will be difficult, unless the Supreme Court iss­ues directions that assets of rogue associations be pledged to the BCCI until the funds are recovered,” says another official. Given the punishing mood the apex court and the COA are in, it might just do that.