Justice for Akhlaq lies trampled as a new report whips Dadri up in beefy, righteous anger 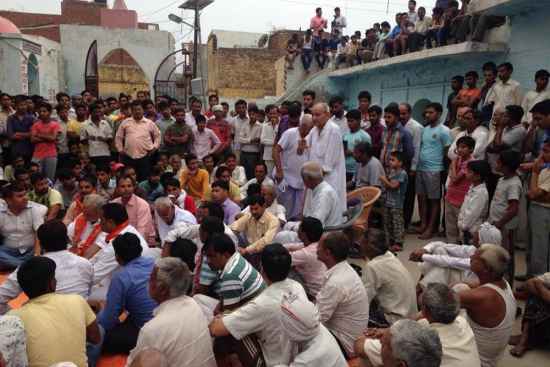 Everyone in Bisada village of Dadri speaks earnestly of Hindu-­Muslim unity. But they speak on their side of a hard line, beyond which violence seems a terrible but inevitable option. “Akhlaq was like a brother. When I went out of town, he’d keep an eye on my house,” says Akhlaq’s neighbour. His pink house shares a boundary with Akhlaq’s abandoned blue one. He says they knew each other for long. “But if the forensic report says there was beef, and on WhatsApp I saw photos of a dead cow, then this had to happen....,” he trails off, too uncomfortable to push his argument...