For Bharat, A Free 4G Buffet

After the Jio SIM changed India’s smartphone world, the Jio Phone is here to transform and rule over rural telecom 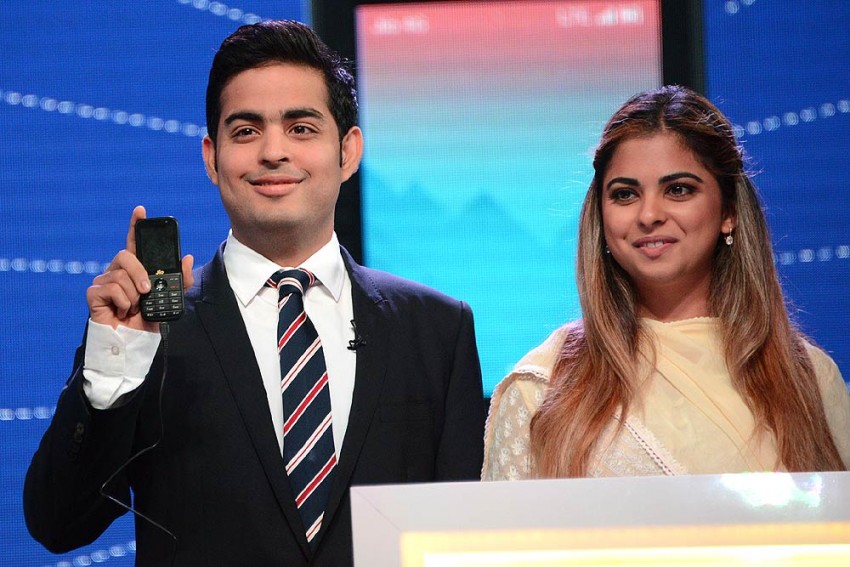 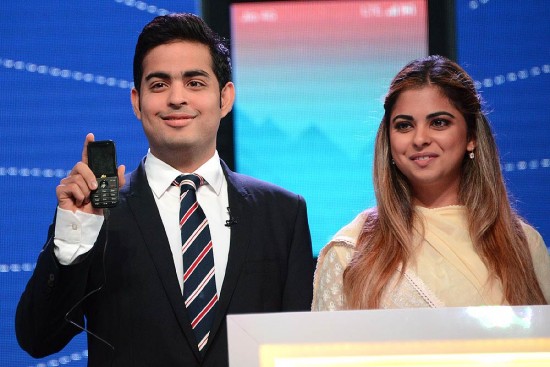 In 2003, Mukesh Ambani shook the nation by launching his revolutionary mobile phone service under Reliance Infocomm. The offers, which included a free digital mob­ile phone at just Rs 501 and call rates at 10-40 paise when the going rate was Rs 12-14, shocked competitors, permanently changing the rules of the game in telecom tariffs.

Fourteen years later, the very same corporate wizard is set to do it all over again with his Jio Phone, which will be available to customers ­“effectively free” against a security deposit of Rs 1,500 that will be refunded after three years.

For all practical purposes, Ambani has gone further this time round. The Jio Phone comes with a monthly subscription of just Rs 153 for which users will get unlimited free voice calls and 500 mb of 4G data a day for a 28 day cycle.

The Jio Phone is a feature phone—a no-frills basic mobile phone, and is aimed at users in tier-2 and tier-3 towns and villages where smartphone penetration is low and people still use mostly basic phones. That there is a huge market for basic phones is evident from the fact that a little over only 20 per cent of the Indian population is expected to use smartphones in 2017. The remaining will be covered by basic phones which are cheaper and have much better battery life—something crucial in smaller cities which are generally power starved.

That is why Ambani’s gamble of launching a 4G-enabled feature or basic phone might pay off. Raja Lahiri, partner, Grant Thornton India LLP, says: “The smartphone market is concentrated in metros. But for the feature phone market, there is a good window of ­opportunity in tier 2 and tier 3 towns and sections of the metros.”

It is learnt that the Jio Phone, which will be available to consumers in September, will be a single SIM 4G phone and will be able to use only the Jio SIM. This means, once a consumer gets the phone, she will be captive to Reliance Jio as long as she uses the phone as no other operator’s SIM will work in it.

If Reliance Jio’s 4G service, launched in September 2016, ‘attacked’ high end, high ARPU (average revenue per user) customers with free voice and low priced high speed data, the Jio Phone will complete the telecom giant’s penetration into all segments by targeting the low ARPU feature phone user. With this phone, Jio will also focus its attention on the voice customer after having captured a large number of data customers. In 2003, Ambani’s attack had made other incumbent mobile operators bleed and shout from their rooftops. This time it could be worse. Already, last year’s Jio Sim scheme has shaken up competitors badly. Market leader Airtel has reported a fourth successive quarter of decline in profit as rising competition from Reliance Jio’s agg­r­essive tariffs hit the company. Airtel’s net profit in the first quarter of 2017-18 was down by a massive 75 per cent year-on-year to Rs 367 crore against Rs 1,462 crore in the same period of last year. This was after a 72 per cent drop in net profit in the January-March ’16-17 quarter and a 55 per cent drop in the October-Dec­ember quarter of 2016-17.

Similarly, Idea Cellular has reported a loss of Rs 815.9 crore in the first quarter of this year due to pressure from the disruptive tariffs of Jio. This is the third straight quarter loss for the operator whose total revenue declined by 14 per cent in the quarter. Vodafone too saw an over 8 per cent drop in service revenue in the first quarter of this year.

The Jio Phone is ­exp­ected to cause further damage as feature phone users form a major chunk of the ­subscriber base of other operators. At the price point and tariff offered by Jio, a massive exodus to its ­new phone and service is bound to happen.

Mahesh Uppal, telecom expert and dir­ector at telecom consultancy Com­First, partly agrees: “It will put competitors in further misery. A feature phone with 4G connectivity has significant value. But whe­ther it will disrupt the market will depend upon the users’ needs. People may be satisfied with voice and not care much about data capability as data exp­erience on a 2.5-inch screen may not be so good.”

Add to that the fact that most feature phone users have not tested Jio’s 4G services as their phones were not 4G ­enabled. They have so far watched the Jio euphoria only from the sidelines. But the Jio Phone will bring them into the 4G fold and that too at a fraction of the cost they have been paying so far.

Many feel the Jio Phone may find buyers among smartphone users as a second phone because of its attractive tariffs. “After tormenting operators with unbeatable offers with the Jio sim over nine months, Reli­ance Jio has unleashed a fresh assault with the free Jio phone,” says Surya Mahadevan, a telecom ind­ustry veteran and professor at the T.A. Pai Management Inst­itute. “A good proportion of smartphone users will simply buy it as a back-up phone. And feature phone users who are planning to buy a new phone in the next few months may ­decide to advance their ­purchase and buy this phone ­because it is free.”

Some experts are also a bit sceptical about the Jio Phone’s success. “A classic comparison is the Tata Nano, which was aimed at scooter users,” says Uppal “But despite its price, it did not work as users wanted more out of a car. The same thing could happen to the Jio Phone. Users tend to be a whimsical lot. The chances of success are 50:50.”

Mahadevan too thinks that a large number of Jio Phone customers will not use it for three years and at an average of 18 months of usage, Jio may barely be able to recover the cost of the handset. “It has to be a short-term strategy ­because they may not even recover the handset cost, leave alone getting some service revenue.”

One thing is sure though. Thanks to Reliance Jio’s schemes, every mobile ope­rator will bleed for the next two years. And while Jio has a steady supply of funds coming from the company’s other businesses, other operators will be hard pressed to find funds to go to the next level of technology, with services like 5G staring at them. Pretty soon, Jio will be the only operator left with funds and will use its financial muscle to monopolise the newer technologies in India.

At this point though, the other operators have no option but to deal with Jio’s schemes with matching offers, similar to what has happened in the voice and data market. This will hurt them further as revenues will continue to dip and they will have to reconcile with significant erosion in their numbers. The next year or so will be defining. While consumers will be the biggest beneficiaries, the contours of the telecom sector in India will be redefined, pushing the ­operators towards a fight for survival.

Competitor Losses due to Jio SIM