For A New Middle

The Kapus want in on reservation pie 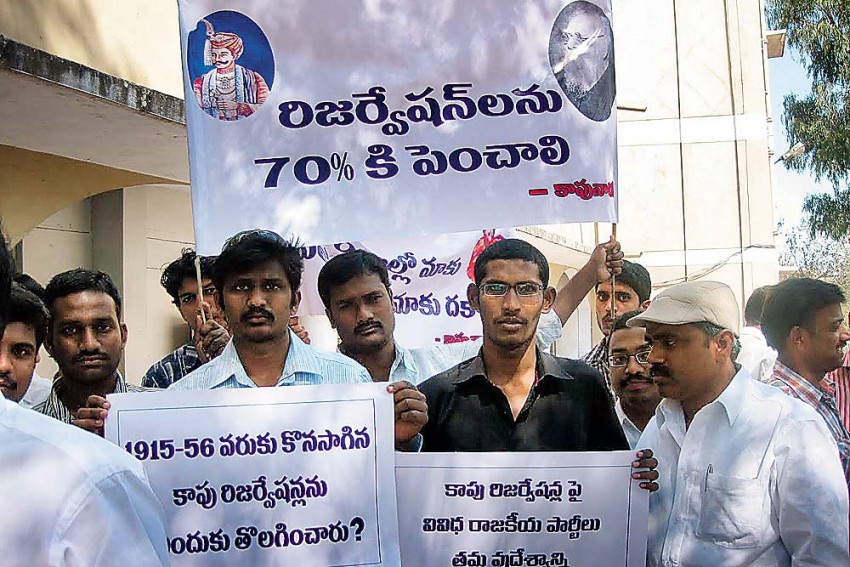 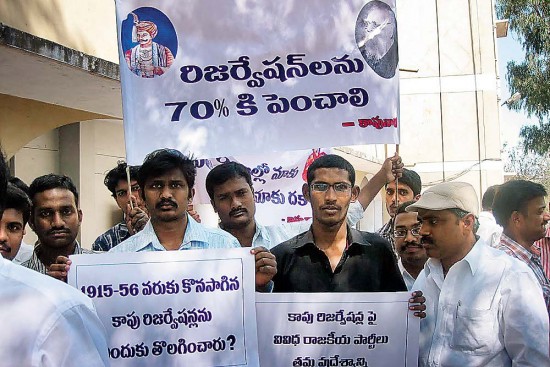 In coastal Andhra, Kapus have for long been agitating for inclusion in the OBC list. During K. Vijayabhaskar Reddy’s rule as CM, a GO was brought in granting non-statutory benefits to Kapus and some subcastes of Muslims but the high court struck it down in 1994. Kapus are of four kinds in Andhra Pradesh and Telangana. In north coastal Andhra, the Thoorpu Kapus who are poor and backward already have reservations in the OBC list. In coastal Andhra and Rayalaseema regions, the Kapus roughly constitute 30 per cent of the population. In Rayalaseema, however, they are called Balijas but come under Kapu caste. It is these Kapus who have been demanding reservations in the OBC group. Chiranjeevi is a Kapu from West Godavari district. In Telangana, there are Munnur Kapus who also have reservations and are act­ually better off both financially and otherwise than some of the other marginalised sections. Leaders like D. Srinivas, K. Kes­ava Rao, P. Shiv Shankar, V. Hanumantha Rao etc are Munnur Kapus.

During NTR’s term as CM, he had tried increasing reservations for OBCs from 25 to 44 per cent. At the time, there was an anti-reservation stir in which even the Reddys participated.

It was the late Y.S. Rajasekhara Reddy who promised a five per cent quota for Muslims as a part of his electoral agenda in 2004. Subsequently, it was scaled down to four per cent and after protracted battles in court, in 2010, the Supreme Court permitted the quota to be continued in Andhra Pradesh subject to the outcome of an SLP pending there. To this day, both AP and Telangana have a four per cent quota in jobs and education for Muslims.

Meanwhile, Telangana CM K. Chandrasekhara Rao, who had promised to raise the quota for Muslims to 12 per cent, has appointed a commission headed by IAS officer G. Sudhir to look into possibilities of improving the social, economic and educational conditions of Muslims. Muslims constitute 12.7 per cent of the population in Telangana. In Andhra Pradesh, they make up 7.3 per cent of the total population. Prof Kodanda Ram feels it’s only because of reservations that you see many students from rural backgrounds in universities and government jobs. He feels that reservations have created a new middle class in India which plays a key role in nation-building.

How Much Growth Can Absorb All?