The Mumbai police have a case. But will it clinch the charge of state patronage? 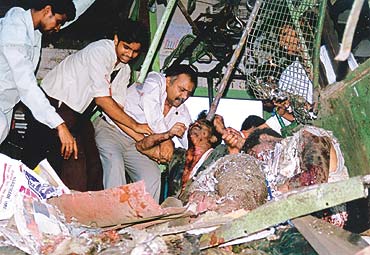 For close to three months after the July 11 blasts on Mumbai's suburban trains—as pieces of the jigsaw fell into place at an excruciatingly slow pace—the needle of suspicion was pointing to Pakistan's ISI and LeT, helped by the Jaish-e-Mohammed and the banned Students Islamic Movement in India (SIMI). So when police commissioner Roy went public with this charge at a crowded media briefing on September 30, the focus inevitably shifted to the "definite evidence" on which he based it. What are the various strands and pieces of proof stockpiled by the Mumbai police, with generous assistance from the Intelligence Bureau, that links the blasts to the ISI? The evidence so far: This is the sum of evidence Roy is building his case on. There are other details investigators are unwilling to reveal at the moment in order to avoid tipping off sleeper modules. 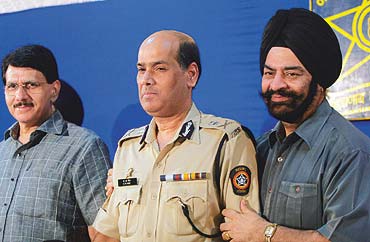 Even so, is there enough to nail the ISI? "Yes," asserts Roy. But the less than favourable response his flat-out announcement evoked, especially in New Delhi, has lent a certain awkwardness to the situation. "I said ISI because we have the material to show, we will produce it when required," he said, a touch irritatedly. "If I want, I can make Riyaz stand atop a terrace and tell the world that he did it, but that's not our way."

His assertions aside, the trail does go cold after Cheema. There's little concrete evidence to link the LeT's perceived India commander with the Pakistani intelligence agency. The challenge is to prove Pakistani state support to Cheema or his ilk. Circumstantial evidence may not be enough to convince the world of ISI's nefarious designs. And what if Pakistani agencies request access to interrogate some of the accused under the new but controversial joint terror mechanism? Would the Mumbai police allow it? Also, there's little physical evidence of the accused having travelled to Pakistan, as they were sent via Iran or Nepal or Bangladesh or even Saudi Arabia.

Investigators also have other intercepts of Pakistani operatives and 'commanders' talking to each other but, because of the live nature of the intelligence, these may not be put in the dossier foreign secretary Shiv Shankar Menon will hand over to his counterpart in the first meeting of the joint terror mechanism.

Even as the ATS and Mumbai crime branch continue to arrest men involved in the terror plot, Roy is firm about his convictions of ISI involvement and his team's ability to prove it. The sceptics of the world don't interest him. "Who's doubting? Mainly Pakistan and President Musharraf. I certainly don't need to prove anything to Musharraf," he says, livid. "Diplomacy is not part of my job. I say what the investigation's thrown up."

When Roy and ATS chief K.R. Raghuvanshi shared their findings with the Union home ministry this week, they were heard out but subtly chided. Ministry sources say they were ticked off for overreaching themselves but ATS sources attributed it to ministry bosses feeling upstaged by a police chief on something as significant as unequivocally identifying the ISI with the terror attack.

But there is trepidation over going into the new mechanism with such a maximal approach. Till there is evidence on the table, scepticism is something the Mumbai police will have to live with. Especially, going by their track record.