Flight Into The Wild

A new fashion statement in India writing using adrenaline instead of ink. 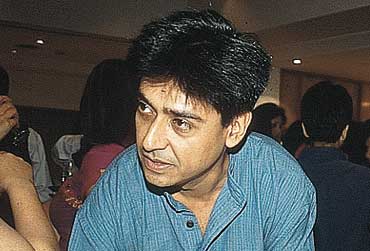 outlookindia.com
-0001-11-30T00:00:00+0553
The Last Jet-Engine Laugh
By Ruchir Joshi
HarperCollins; Pages:384; Rs. 395
The Last Jet-Engine Laugh is a new fashion statement in Indian writing. To print parts of the book, instead of ink, the publishers have used adrenaline. Only this could explain the book’s wildness and its speed. Ruchir Joshi’s debut novel is a rough ride through three generations of an Indian family. As if edited for cinema, the novel presents a collage-work in which the reader flies through a jumbled landscape that is marked by iconic phases in our history: the freedom struggle, Indira Gandhi’s Emergency, and a future in which conflicts like the one in Kargil have given way to new, post-national alliances as well as fresh possibilities of annihilation.

The book’s principal character is Paresh Bhatt, Magnum photographer and an acutely divided citizen of a triumphant global order. Bhatt is cousin to Rushdie’s Rai in The Ground Beneath Her Feet; like Rai, Bhatt is prone to offer aphorisms on the state of the emergent world, his heart, and, of course, his art as well as rock and roll.

Bhatt is also only a switch in a broad circuit of family and friends. This is where the novel achieves range. Bhatt’s pater, Mahadev Bhatt, writer and nationalist agitator, possesses one of the sharpest tongues in desi fiction. It was impossible for me, while reading Jet-Engine Laugh, not to keep asking how the elder Bhatt would have reviewed Joshi’s novel. “I can see that this Jet-Engine book is about flight—but what are you in flight from, Mr Writer?”

At the other end of the generational spectrum in the novel is Paresh Bhatt’s daughter, Para, aka Group Captain Paramita Bhatt of the Indian Air Force, circa 2030 AD. Para is the book’s real find. Made up of impossible parts, the youngest Bhatt represents a new paradigm of hybrid histories and tongues. It is Joshi’s most imaginative achievement—which is also a statement on the life we are already living—that Para is both human as well as a tight packet of technology.

Jet-Engine Laugh is a book that spans an entire century, from the tumultuous ’30s of the last century to the yet-to-arrive ’30s of the current millennium. Some might read the novel as a homage to the past, or even a sci-fi exploration of the distant future. But, what the book is really nostalgic about is the present. The thought of the vanished present produces a rasp in the narrator’s voice. It is this love of the moment and its loss that gives Joshi’s writing its emotional undertow.

What is it about the present that so grips the writer of Jet-Engine Laugh? This question is a little difficult to answer—or, maybe, just too easy. If you were asked on Kaun Banega Crorepati what Joshi’s novel was about, you could possibly get away by choosing any or all of the four possible answers.

If pressed to do so, my choices for the four possible answers would be: 1. Love and Sex; 2. Family; 3. Nationalism and War; 4. The Culture of the Real. (If I could play around with the categories, I’d propose as one of the alternative answers, “Sex and Recipes”. In writing about sex in Bombay and the preparation of shrikhand, Joshi has made what one might call a seminal contribution to Indian writing.) There are other impulses too which the author has followed. Among them is his resurrection of the Big Bong theory of history which means, among other things, raising Subhash Chandra Bose from the dead. We find ourselves in Siberia with the Great Man, pissing against the wind.

But, more than any subject, Jet-Engine Laugh is about the elaboration of a voice. This is the voice that is able to speak in multiple accents: Gujju, Bengali, French, German, Yankee English, and even Bangla-sounding Japanese. It is the language of the Indian-writer-as-frequent-flyer who is at home in any publishing house of the world. But it is also a voice that is at once confident and experimental. One can quarrel with its economy of distraction, but there is no denying that this voice is unstoppable and engaging.