A peep into the bedroom of married couples: how, why, what they do... 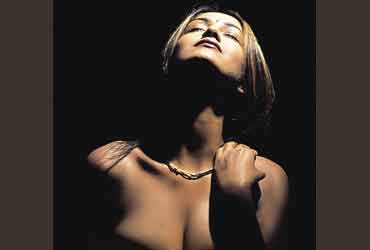 This sex survey is no casual affair; it's a serious commitment. A 15-year commitment to understand the many changes on the make in the Indian Marriage Bed. To get to statistics that count not just various sexual positions at play in the conjugal chamber but also to gather data that helps compute how equations are altering between man and woman in this spousal space over the last decade-and-a-half.

No Indian sex survey has ever boasted more substantive intent or numbers: a respondent base of 15,324 people from 15 states across the country, interviewed over the 15 years between 1988 and 2003. This mammoth study was conducted by Dr D. Narayana Reddy, who has been practising and consulting on sexual medicine at his Dega Institute in Chennai and at the city's prestigious Apollo Hospitals, along with his colleague Dr Arun Kumar and a team trained in the field of sexuality.

And many myths about the sex lives of Indians are caught out and banished under such expert, and elaborate, statistical surveillance. "Our survey knocks down the popular assumption shared by the scientific fraternity and the media that we are sexually a conservative people, that our men are poor lovers and women are extremely inhibited," says Reddy, "Indians, our survey shows, are in fact, sexually very active and innovative, willing to be unconventional and experimental to seek their peaks of pleasure."

Here's the information backing this inference. The average Indian couple has sex every alternate day in their first five years of marriage, and every third day between five and 10 years of marriage. While the most adopted or preferred coital position is 'man on top' (34 per cent), 35 per cent use more than one position during a session of lovemaking. And a very large majority (83 per cent) feels that their spouses are equally enthusiastic in sex and participate actively.