"Steve (Waugh) is a wonderful captain. Ricky is doing an excellent job in one-day cricket but Fleming is excellent. He is probably the best in the world," wrote Shane Warne in The Daily Telegraph 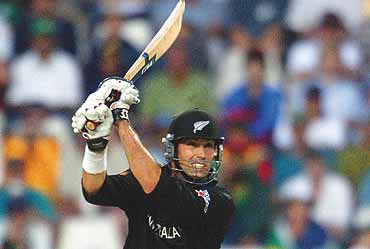 outlookindia.com
-0001-11-30T00:00:00+0553
When Fleming and Bond are on the same side, it is a highly combustible combination. That’s happening with New Zealand as the team peaks at the right time and moves towards a climactic finish at the World Cup. Both Fleming and Bond are very much part of the scheme of things of the Black Caps who are living up to their status as dark horses as the tournament moves into the second stage.

New Zealand’s plans for the World Cup were quite evident during the Indian team’s tour at the end of last year. It was a disaster for India of course. New Zealand hit two birds with one stone. Demoralised India which at rank number three were potential trouble-makers at the World Cup and, without doubt, enhanced their own reputation.

This was done not just by strategy on the field. There was strategy before play as well, clearly masterminded by this Fleming. It consisted of laying out underprepared pitches where the ball would dart around like a missile with an integrated circuit gone awry.

The plan worked. New Zealand emerged a powerful team on the eve of the World Cup. India took a psychological blow that would not heal easily, as the tentative, groping-for-confidence show that India made at the initial matches of the World Cup proved.

Stephen Fleming stood chest thrust forward on the eve of the tournament. A proud captain of a team that could create wonders at the World Cup. The only problem was that the team did not have depth in batting and so it was not rated highly. Nathan Astle, on whom depended the batting was terribly out of sorts. At one stage critics had even suggested that Fleming was a bit overawed by the giant performance potential of Astle. All that has changed now.

Before the Cup started, Fleming had won his spurs. He was rated as the most brainy captain. He was restrained, had a professorial air about him (making it two in the team, including spinner Vettori who would be at home in a thesis discussion group), showed signs of original thinking, could marshall his forces with the flair of a natural leader, and more than that he could bat though he wasn’t prodigious.

Fleming’s captaincy was getting accolades from unexpected quarters. "Steve (Waugh) is a wonderful captain. Ricky is doing an excellent job in one-day cricket but Fleming is excellent. He is probably the best in the world," Shane Warne wrote in The Daily Telegraph before the games began.

The South Africans will vouch for that. In a crunch match which two weeks back was meant to be a bit tight but quite winnable for the host nation turned out to be the first major upset of the tournament. Fleming pulled it off with 134 runs off 132 balls and pushed South Africa to the brink of elimination, something only Professor Fleming could think up and execute with such elan.

During the innings Fleming was so sure of himself that he did not let three irritating breaks during the match upset his concentration. It is tough for batsmen to retain the momentum when the match is held up because the sight screen gets stuck or due to rains. A player with lesser mental strength and focus would have crumbled straightaway. After every break Fleming came back and dispatched Allan Donald, Kallis and Pollock with utter disdain. It was all timing and each ball seemed to be programmed to seek the middle of Fleming’s bat.

Fleming climbed 15 points up the PriceWaterhouse Coopers cricket ratings after the innings. It has also been rated as the best one-day innings in New Zealand’s cricket history.

"When Flem plays, the team goes to another level," New Zealand coach Steven Rixon was quoted as saying after the innings.

"You also have to hand it to Stephen Fleming, who batted superbly and led his team from the front. We had identified him as one of the key wickets to get. We felt that with him out of the way, the Kiwis would lose direction and in the end his cool influence proved decisive," South African all-rounder Jacques Kallis wrote after the match.

So what is it that makes Fleming look so daunting now? He wasn’t like that before. He is not among the best opening batsmen, nor is he the player who can taunt you by pulling out the scroll of statistics from his pockets.

But when confronted by harsh criticism at home for his unique captaincy style, Fleming replied with an average of 47.50 in the six-match odi series against Australia. He stood only second to Cairns in averaging 40.84 in eight Tests during 1999/2000.

His importance is his presence and his on-field strategising. In a fight-to-the-death tournament like this, the captain’s role is very important. The team’s morale has to be kept up and the game has to go up a notch or two. Any team winning a tournament has to perform above its known abilities. It has to burst through boundaries and stretch its horizon. That is where the captain’s role becomes crucial.

In June last year the 192-match veteran Fleming assessed his team thus: "The team is very young in key areas, but they have talent and sometimes when talent gets the taste of success that can be a very dangerous thing." Stephen Fleming himself has made the team taste success. Well, that’s dangerous. Trust this Fleming to write up another Bond thriller. 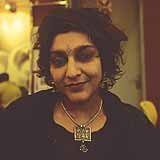