'Flaws Are Normal In Development Cycle'

The Arjun project's architect M. Natarajan took over as DRDO chief in September. He calls the Arjun battle-ready but the army refuses to operationalise it. Excerpts from an interview: 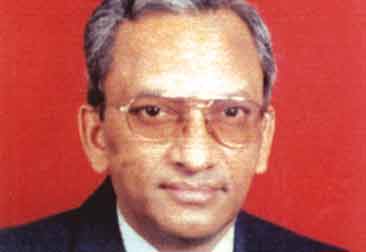 A court of inquiry investigating a Jaguar crash has faulted the FBRN-4I fuse.
The existing fuse design was reviewed by two independent teams and both deemed it safe. However, modifications have been proposed to improve reliability. Since the impact ballistic mode of operations fuse FBN-2I already exists with the IAF, the use of FBRN 4I will be restricted to RTU (Retarded Tail Unit or a bomb with parachute which explodes shortly after release) mode. The existing explosive-filled fuses will be modified to convert the fuses into retarder mode. Production of the fuses will be taken up with the modifications.

Is Arjun induction-ready?
Yes. The tanks are being made ready for operational induction. Certain residual mandatory quality checks are being carried out by the DRDO and the army now.

They say Arjun can't be deployed in areas like Suratgarh and Hanumangarh, that the bridges can't bear its weight.
The Arjuns are designed as per tactical requirements of the army. These tanks have been fully 'exploited' during the user's evaluation in the...