Flames Of White In Mumbai Noir 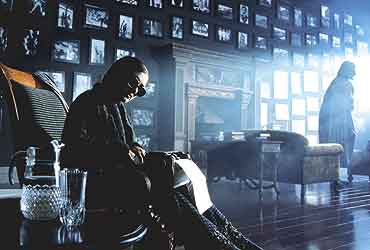 Michelle McNally is deaf, blind and mute. She's also a young woman craving a man's love. Would her mentor, Debraj Sahai, a man who has brought meaning and communication into her silent life, also oblige her with a touch of passion?

As Michelle pleads meekly, then aggressively demands a kiss from Debraj, you wonder if you're watching a Bollywood film. These are characters, situations and emotions that our dream factory cannot ordinarily conceptualise. Even if it did, there would always have been the danger of the scene descending into crassness.

Instead, filtered through Sanjay Leela Bhansali's vision in Black, it becomes a moving moment, a poignant expression of unorthodox love. And even as Michelle wonders whether physical love is too much to have asked for, the audience's collective heart aches in tandem.

It's not just this one moment; Black is mesmerising Indian viewers. It may well be one of the most celebrated Bollywood films of recent times. It's a unique mainstream film about two physically challenged individuals. Their relationship escapes the burden of pre-defined labels, the film's seasoned actors are made to plumb rare emotional depths and instead of picture-postcard Swiss landscapes the drama unfolds against a complex, unexplored interplay of breathtaking images.

"The film doesn't just set a standard, it defines the laws of filmmaking," says Shahrukh Khan. His hyperbole may not be entirely misplaced. One of the most cinematic films to have come out of Bollywood, Black bucks mainstream Indian filmmaking conventions even as it embraces its essential drama and emotions. "Bhansali has taken a big risk by making a film without the typical Hindi film paraphernalia," says actress Seema Biswas. 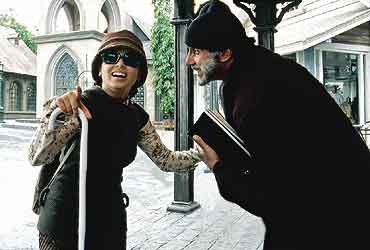