A realigned portfolio could yet help you survive the market 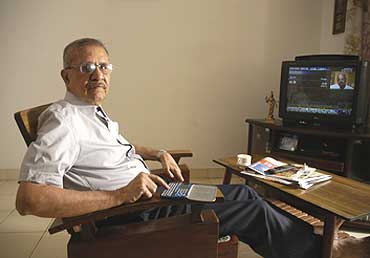 For all the noise generated about the "exaggerated" response of the stockmarkets to Budget ’09, it’s rather reassuring that they have a very short memory span. One moment is still crystal clear, though: when the Union finance minister spelled out the fiscal deficit, all the pre-budget euphoria drained out like a punctured balloon. Was this reaction justified, particularly when it was clear that most analysts and macro-economic experts had already resigned themselves to the deficit being 6.2 per cent of the GDP as announced in the interim budget? 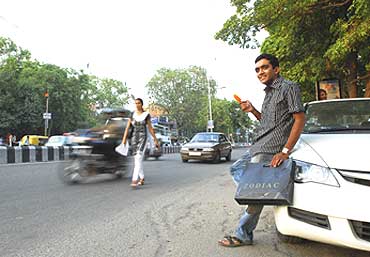 I started investing in stocks six years back. When the markets were at the top, I was sitting on more than 50 per cent profit. I didn’t book profits then as I expected my stocks to move up further. But then the markets crashed and the value of stocks have moved down 70 per cent. I haven’t sold infrastructure stocks yet. I was waiting for the government to bring some reform measures in the budget that would bring back the Sensex to 21000. But that has not happened. I am worried.

Anyway, for the markets, it is important that the event of the budget is now in the past. Most market participants agree that the run-up to the budget was unwarranted, and it’s now time to reassess valuations. "We believe that the markets have overreacted, and we maintain our positive stance on the market. We raise our April 2010 Sensex target to 18,000 from 15,000," observes financial markets research group Macquarie Research. Interestingly, foreign institutional investors have been sellers in the market since the announcement of the budget, but domestic institutional investors have been using these dips to buy.

For the broader markets, however, the cues will now come from beyond Indian shores. Unemployment rates in the US are showing that the signs of recovery seen earlier are now only "brown weeds". Global volatility is going to continue and with an uncertain monsoon, Indian markets are likely to see a further slide. "We see this fall in markets as a short-term phenomenon and the focus will now shift to more fundamental factors like earnings growth and the near-term phenomenon of the monsoon," says Narayan S.A., managing director, Kotak Securities.

Select companies in the corporate sector will see a negative impact on their results on account of the increased minimum alternate tax (MAT). The impact on infrastructure companies is positive. The IT sector gets another year of tax reprieve. Companies that service rural consumers are also expected to benefit. "Increased allocations for the National Rural Employment Guarantee Scheme and the Bharat Nirman scheme will boost rural disposable incomes," says broking firm Motilal Oswal. Indeed, the FMCG companies left out of the rally earlier are now becoming favourites in the portfolio realignments that have begun. In fact, on budget day, the FMCG index was the only one in the green, moving up nearly one per cent. Sectoral calls are the order of the day.

And then, there’s always the hope that things will get better. The fiscal deficit figure can surprise positively, if the disinvestment process picks up steam in the current fiscal. Or if rapid economic growth leads to an increase in tax collections, compared to the budgeted flat receipts. But that, as they say, is another story for another trading day.