The first published account by a former chairman of the Atomic Energy Commission (AEC) is rich in facts but economical with analysis. 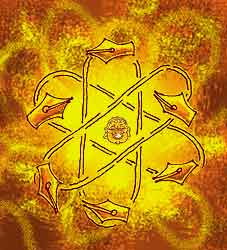 From Fission To Fusion: The Story Of India
By M.R. Srinivasan
Viking Pages: 344; Rs 495
How has India overcome hurdles to develop various nuclear technologies, both civilian and military? Why have leaders from Jawaharlal Nehru to A.B. Vajpayee showcased the nuclear programme as a symbol of India's technological achievement? What has made India the leader of the developing world in commercial nuclear power technology?

These key questions are addressed in M.R. Srinivasan's book, which is rich in facts but economical with analysis. This is the first published account by a former chairman of the Atomic Energy Commission (AEC) on how the Indian nuclear plan developed from its inception. Part memoir and part history, the book weaves the author's own professional progress with the nuclear programme's evolution in the 35 years that he served the Department of Atomic Energy (DAE).

Srinivasan, a mechanical engineer involved in commercial nuclear power generation, has the distinction of being the one and only head of the nuclear programme with no background or experience in research and development.

The author's unique background makes this a different book. It is an inside account by an 'outsider' who reminds his readers that he made his mark not by working in "airconditioned laboratories with scientists in white coats" but by toiling at project sites. He indirectly criticises DAE for publishing a book four years ago that recognised the pioneers in R&D but not "those who worked in other parts of the programme". Srinivasan, therefore, is not shy to narrate his professional growth as "a scientist and manager" and his "seminal role in creating a self-reliant" capability for India in commercial nuclear power.

Srinivasan says he is among many who believe that had Homi Bhabha not been killed in a plane crash in January 1966, New Delhi would have conducted its first nuclear test in 1967 or 1968. The author refers to speculation that Bhabha was "carrying papers relating to a nuclear device" when he was killed.

Srinivasan has written a highly readable and independent book free of the non-proliferation zealotry and politically-loaded scrutiny that is the usual hallmark of books on the Indian nuclear programme.