The N-energy experience of Europe is a lesson for India 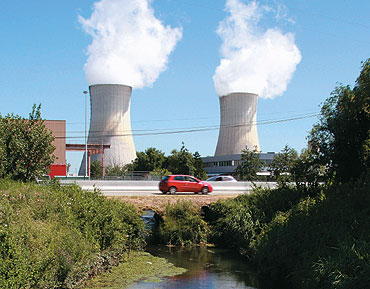 Those saying no to nuclear for a while are beginning to think again; they’ve had to. There are 435 commercial nuclear reactors worldwide, and another 100 are on their way. Most of these are inevitably in the developed world. The International Atomic Energy Agency (IAEA) wants 1,300 new reactors to come up worldwide to help meet the current demand for power. Even this increase, experts in Europe say, will not be enough.

But there’s an aspect of the nuclear energy debate that India will have to inevitably get into. "For us nuclear energy itself is a no-no," Ulrike Lunacek, spokesperson for the European Green Party told Outlook. "There is the cost factor, nuclear energy is expensive. But also, we are very concerned about safety and issues like disposal of nuclear waste."