Sheikh Abdullah had discussed independence with American diplomats. But he remained opposed to the idea of joining Pakistan. 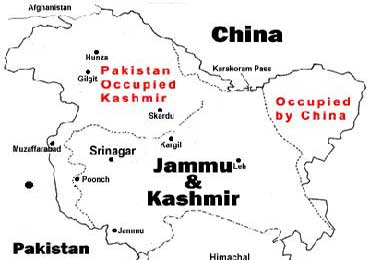 JUST about the time A.B. Vajpayee and Pervez Musharraf were starting their infructuous tete-a-tete in Agra, a terrified nine-year-old girl was riddled by a hail of bullets near Srinagar. Nadiya Nazir died clutching the money she was going to deposit for a school picnic. On this occasion, a sensitive reporter from The Indian Express communicated the poignant details of the tragedy. But the spreading graveyards in the Valley recall many more unreported tragedies. India and Pakistan are devastating Kashmir in the name of upholding the rights of its people.

India, however, is directly responsible as it claims legitimate ownership of the territory. Its forces are supposed to be there for protection. Instead their role is becoming increasingly repressive, along with the erosion of the special status it was promised on accession. Pakistani infiltrators have exploited this for more than a decade to create a climate of insurgency in which innocents are victims.

Nadiya's death should bring home the realisation that Vajpayee needs to come to terms with the people of Kashmir before dealing with Musharraf. Delay can only help Pakistan. Loss of autonomy and the strong-arm methods of the security forces threaten to turn local sentiment towards Pakistan, which was never favoured before. The primary demand is still for independence, or at least iron-clad autonomy. New Delhi needs to place this—the third option—squarely on the table if meaningful talks are to be held.

Jawaharlal Nehru appreciated the need to respect Kashmiri feelings. On August 7, 1952, he told the Lok Sabha: "So while the accession of Jammu and Kashmir is complete in law and in fact, the other fact that has nothing to do with the law remains, namely our pledge to the people of Kashmir...that this matter could be affirmed or cancelled by the people of Kashmir according to their wishes. We do not wish to win people against their will...and if the people of Kashmir wish to part company with us, they may go their way.... We want no forced marriages...."

When India and Pakistan became independent, Kashmiris showed no desire to join either. Maharaja Hari Singh was technically independent and he tried to make deals with both governments. Kashmir's invasion by Pathan raiders, facilitated by Pakistan, forced the Maharaja's hand. He acceded on October 26 to enable India to fly in troops just in time to save Srinagar. When National Conference leader Sheikh Mohammed Abdullah was appointed prime minister—with the promise of a special autonomous status for the state—public sentiment endorsed the accession.

Hari Singh's letter to the then Governor-General of India, Lord Mountbatten, showed how reluctantly he had sought accession. "I wanted to take time to decide to which Dominion I should accede....(or) whether it was not in the best interest of both Dominions and my State to stand independent, of course with cordial relations with both," he wrote. "...(but) wild forces let loose on the State are marching on with the hope of capturing Srinagar.... I have no option but to ask for help from the Indian Dominion. Naturally they cannot send the help asked for without my State acceding to the Dominion of India..." However, he insisted that the Instrument of Accession lay down clearly that New Delhi's authority in the state would be limited to defence, foreign affairs and communications.

A sentence in Mountbatten's reply has haunted New Delhi ever since, but was unavoidable in the context of the takeover of the Kathiawar principality of Junagadh, whose Nawab acceded to Pakistan, but whose people opted for India in a plebiscite."It is my government's wish," he wrote to Hari Singh, "that as soon as law and order have been restored in Kashmir and her soil cleared of the raider, the question of the state's accession should be settled by reference to the people." This was echoed by Nehru.

The Sheikh's May 1951 address to the inaugural session of the state's Constituent Assembly is instructive to know the terms on which Kashmiris agreed to join India: "We are proud to have our bonds with India.... The Constitution of India has treated us differently from other constituent units. With the exception of...defence, foreign affairs and communications, we have complete freedom to frame our Constitution in the manner we like."

The third option was rejected not on grounds of principle but of impracticality. "Firstly, it is not easy to protect sovereignty and independence in a small country which has not sufficient strength to defend itself on our long and difficult frontiers bordering so many countries. Secondly, we do not find powerful guarantors among them to pull together always in assuring us freedom from aggression."

Abdullah was feeling increasingly pressured by communal forces in Jammu organised by the Praja Parishad. He felt they were backed by forces in New Delhi. On April 11, 1952, in a public speech at Ranbirsinghpura, he expressed fears about Kashmir's future after Nehru and suggested that Kashmiris think about their future. US state department records subsequently revealed that he had discussed the possibility of independence with US diplomats but got no response. He remained opposed to joining Pakistan.

The Sheikh found himself dethroned and detained on August 9, 1953, on charges framed by the Intelligence Bureau, most of which were later found to be concocted. Nehru repented before he died and sent Abdullah on a mission to Pakistan, from where he rushed back to weep over his friend's body on May 27, 1964. The process of eroding the special status began soon after. Popular resentment since then became palpable. Even so, the saboteurs smuggled in by Pakistan in 1965 found no local support. In 1989 some of them did, when a parallel domestic armed struggle for independence also began. This was met by state repression. The Nadiyas have been caught in the cross-fire.

(Ajit Bhattacharjea is author of Kashmir, the Wounded Valley)