The terror case has come as a 'new, unknown road' for Australia. For Haneef, it's good news. Updates 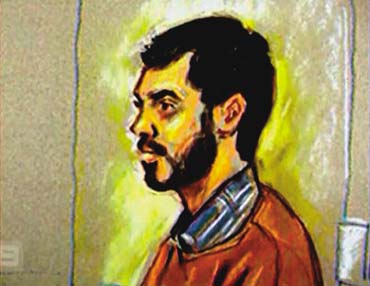 Leaks to the media have had the people gasping over the bumbling, even tendentious, method of investigation the Australian Federal Police (AFP) have employed to establish links between Haneef and the Glasgow/London terror plot. The AFP first claimed that Haneef's sim card was recovered from the blazing jeep his cousin Kafeel had rammed into the Glasgow airport. The card was the evidence the AFP had cited to detain and charge Haneef for "reckless assistance" to a terror group. The truth was the British police had confiscated the card from the Liverpool residence of Kafeel's brother, Sabeel. The AFP also told the Brisbane court that it had found among Haneef's handwritten notes the contact details of Kafeel. When Haneef denied outright the handwriting to be his, the police officer handling the case left the room, returned a little later and said, "Thought that might have been the case. In fact, it's not. This is what's been written by police. So it is not your handwriting at all." So, was the police tricking a harried Haneef into incriminating himself? The question was left hanging while federal police commissioner Mick Keelty quickly denied the police had forged Haneef's handwriting.

The AFP's presentation of shoddy evidence is perhaps the reason why the Commonwealth director of public prosecutions, Damian Bugg QC, has announced a review of the case. "Clearly, not every matter which is prosecuted by my office is reviewed by me," Bugg said. "But there are matters which have developed as this case has progressed which I am examining, and a broader review of the available material and the proceedings to date is the best way to examine these matters appropriately." Which, in essence, means you still can't be sure Haneef will be left off the hook anytime soon.