A short history of e-tail: from Rediff’s earliest attempts to now 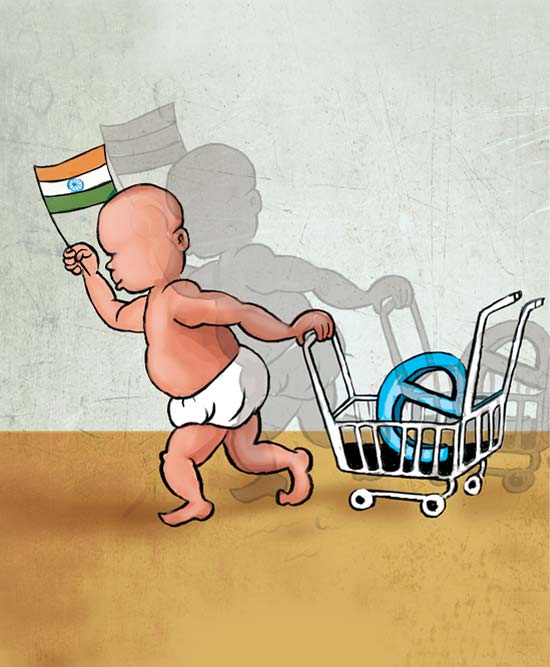 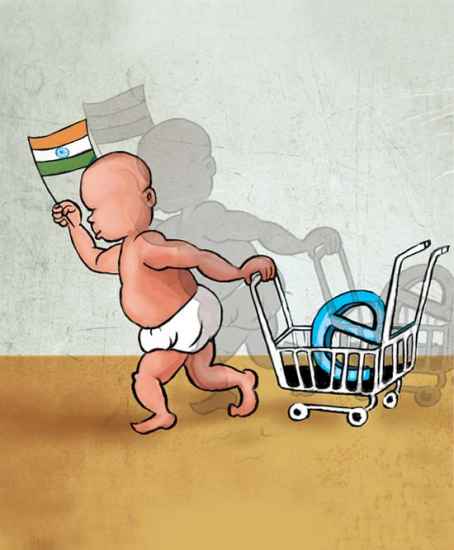 Can all these web businesses that sell mobile phones, books and apparel 10-20 per cent below the retail shop’s cost—and deliver home free of charge—be for real? Will it all come crashing down? Or, is it one of those periodic spectacles in India that start with gushing media representation of overestimated companies—hitherto unknown entrepreneurs being heralded as millionaires—to eventually lead to the public spectacle of the same bus­­inessmen being paraded, wearing rumpled clothes and stoic expressions, accompanied by the CBI, to Tihar jail?

Or, is this a sign that India is finally being dragged to its long-promised e-commerce dawn? Why long-promised? Because the percentage of all sales served up by ‘organised’ retail, i.e. ‘non-mom-and-pop’ stores—considered by some a measure of a country’s modernity—is pretty low here. India distinctly lags behind with a tiny 3 per cent compared to its sibling rival China at 13 per cent and Western nations at 50 per cent. And why dragged?  Because the infrastructure that would have naturally fostered e-commerce was slower in coming than was possible: companies providing reasonably priced broadband access and widespread credit and debit card availability were just looking the other way. And all this when the rest of the world was transitioning to a new online economy that reshaped how we shopped.

I should know; it was on Independence Day 1998 that I grandly declared at a press conference to an audience of puzzled journalists that Indian consumers could now simply sit at their PC and “choose from over 40,000 music titles, 100,000 books online with discounts up to 40% or make bookings of high-quality affordable hotels”. In the following years, only a few of us were plucky enough to battle through the narrow broadband user-base, the poor credit card penetration and the steeply depreciating rupee that made computers increasingly out of reach for the population. The Indian market seemed impossible to conquer. Even a cash-on-delivery payment system we launched in 1999 appeared to be of no avail.

What woke up a somnolent Indian e-commerce industry that the rest of us had just about given up on was an opportunistic clutch of US private equity funds led by Tiger Global. They had the vision to note that a consumer e-commerce market could be created in India because the country had a per capita consumer expenditure roughly equal to the levels of Brazil and China, where e-commerce was healthily flourishing. Since then, this group has invested large dollops of capital—about $2.5 billion or Rs 15,000 crore in 2012 and 2013—into dozens of Indian e-commerce startups. In their attempt to create at least one or two e-commerce companies that could make it to an IPO in the New York stockmarkets, these investors have encouraged the ones who were idly lagging behind in India to run along with the ones that did manage to forge ahead. And they wanted to do so before the current euphoria about Asian e-commerce triggered by the impending IPO in New York of China’s e-commerce company Alibaba fades away.

Alibaba! Its annual revenues are estimated at $248 billion, about three times that of eBay and two-and-a-half times Amazon’s. Alibaba is also hugely profitable; its profit in a recent quarter was in excess of a billion dollars, unlike Amazon which reported a loss. The investors who have been financing, merging and shaping India’s new e-commerce startups are betting on the premise that, if China can produce an Alibaba with an expected market value of $170 billion when it does its IPO, India definitely should be able to produce at least one or two with a market value of $5 billion. There are many reasons why India may go China’s way in its adoption of e-commerce. Organised retail companies that have the scale, management expertise and the information technology to deliver consistently high quality and low-cost goods have never found a foothold in China or in India. In China, for instance, such large retailers’ reach is a mere 10% and it is even less in India. On the other hand, the internet reaches more than half of China’s population, so selling things online in China makes perfect sense. While the internet in India only reaches 11% of its population today, the fact that experts expect it to get to 25% in the next few years makes a scenario where more than a handful of multi-billion dollar e-commerce players emerge from India in the near future easily imaginable.

(Ajit Balakrishnan, founder and CEO, Rediff, is the author of The Wave Rider, A Chronicle of the Information Age; his email ID is ajitb@rediffmail.com)

Spare A Thought For The Foodcourt