Finally, A Time To Check Out 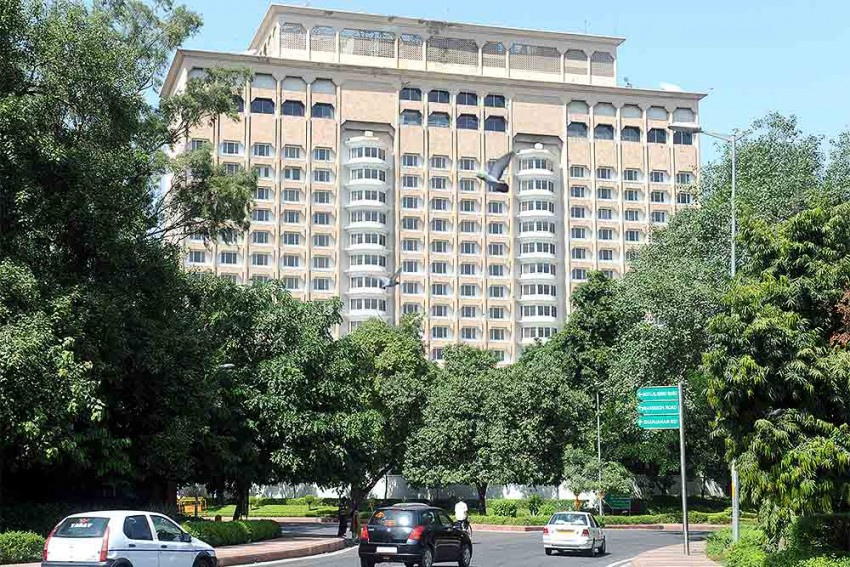 No Hardsell
The fate of the hotel on Delhi’s Man Singh Road had been uncertain for seven years
Photograph by Tribhuvan Tiwari
Arindam Mukherjee June 06, 2018 00:00 IST Finally, A Time To Check Out 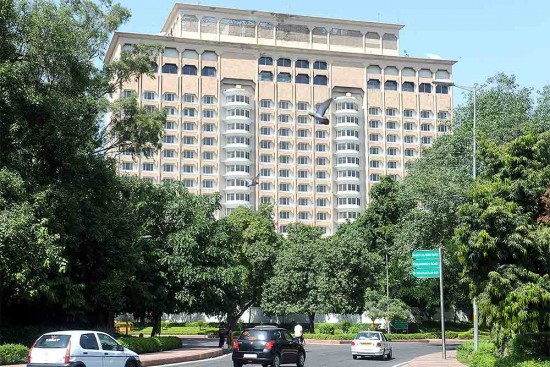 After many duels bet­ween the Tata Group and civic authorities, in court and outside, the stage seems to be set for the auction of Delhi’s most iconic five-star property, the Taj Mahal ­Hotel. Recently, the Delhi High Court dismissed a plea by the Indian Hotels Comp­any Limited (IHCL), the Tata Group company that runs the hotel, which challenged the revised tender of the auction. IHCL had app­roached the Delhi High Court, challenging the rev­ised tender by the New Delhi Municipal Council (NDMC) on the grounds that it failed to take into account IHCL’s “blemish free” record in running of the hotel as observed by the Supreme Court earl­ier. Incidentally, the Sup­reme Court has now refused to interfere in the process laid out by NDMC for the ­hotel’s auction.

The high court’s current dec­ision has paved the way for auction of the property on June 19, when e-auctions for a new licence for the property will be held. The last date for submission of technical bids is June 7. The Taj Mahal Hotel, more popularly known as Taj Man Singh as it is located on Man Singh Road in the heart of the city, has been a favourite meeting place for industrialists, politicians, journalists and, of course, the ubiquitous fixers of Delhi. For the past seven years, however, the future of this hotel has been uncertain and caught between intense political play and litigation.

The lease of the hotel ended in October 2011. Since then, the case has been tossed around between NDMC, which owns the property, and its parent ministry, the Ministry of Home Affairs. The hotel’s iconic status is because of the efforts of the Taj Group, which developed it over the past 33 years and made it into a brand with a value much more than the group’s other hotels in Delhi. Outlook’s queries to IHCL remained unanswered till going to the press.

Obviously, the Tata Group desperately wants to keep its hold over the property as it is not just iconic, but also one of the group’s most profitable. The lease of IHCL’s other hotel in Delhi, the Taj Pal­ace, ended in similar circumstances in 2012 and was renewed without a sniff. In the Taj Bengal Hotel case in Calcutta, the SC allowed the Taj Group to continue on the property after negotiations.

The Man Singh Road property, however, has gone through many twists and turns. The UPA government kept the issue hanging without giving a clear verdict, and the subsequent BJP-led government too was initially silent. It seems no one really wanted to antagonise the Tatas, a leading ind­ustrial group and one of the biggest inv­estors in Gujarat.

Over the last few decades, the Taj Mahal has been the biggest ­contributor by far to NDMC’s revenues among the seven hotels under it.

At stake is a property that has generated public interest because of its prime location as well as the revenue it can generate for the government. Over the last few decades or so, say officials, the Taj Mahal Hotel has been the biggest contributor by far to NDMC’s revenues among the seven hotels under it, and has never def­aulted in payments. Acc­or­ding to the agreement, IHCL had to pay 10.5 per cent of its revenues annually to NDMC during the 33-year lease. In 2012, the NDMC appointed consultants Ernst & Young to evaluate the situation. In its report, E&Y also gave an opinion in favour of the Tatas.

Under the revised tender document, NDMC has all­o­wed cross-holding of up to 20 per cent in hotel chain. This is up significantly from the earlier five per cent. This will also bring in groups like ITC, which has cross-holding in its rival EIH Limited (the Oberoi Group). The tender also states that the bidder must have a turnover of Rs 400 crore in the last three years. While there were a lot of interested parties for the iconic hotel earlier, now with the revised conditions, the race has been narrowed down. This includes ITC, EIH, K Raheja Corp and IHCL. The Accor group, which has a tie-up with Interglobe in India, may be one of the overseas contenders.

Once the bids come in this week, it will be clear who all are in the ring. The Taj Group has made it amply clear it will go to any length to keep the hotel. But others are equally serious to lay their hands on this prime property. It depends on how much IHCL is willing to stretch itself not to check out.

A Singular Yet Lesser Win