Fighting Them On Every Street 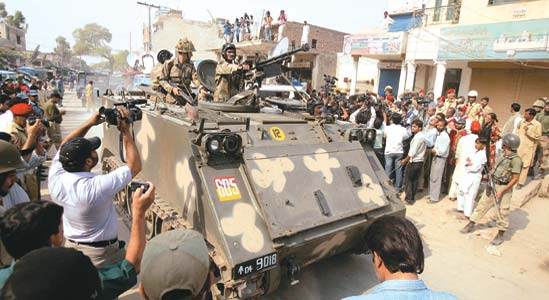 Four days after the siege of GHQ in Rawalpindi, it was the turn of Lahore to reel under terror attacks. On October 15, Taliban-linked militants, again wearing army and police uniforms, struck in the capital of Punjab, storming the offices of the Federal Investigation Agency (FIA), a police academy and an elite police training centre. These synchronised fidayeen-style attacks left 25 people dead and another 100 injured.

The attacks began around 9.15 am, beginning with a raid on FIA offices. Fifteen minutes later, terrorists infiltrated the Manawan police academy on the city’s outskirts. Then, at 9.45 am, 10 militants scaled the boundary walls of the police training centre in Bedian and engaged the commandos in a gunbattle lasting over five hours, with helicopters hovering above. Even though the security forces gained control over the training centre, five terrorists managed to escape, leaving behind the bodies of five of their comrades.