A cache of Al Qaeda recordings analyses the rise and attenuation of Bin Laden’s influence, and casts doubt on his hand at their one terrible act of terror 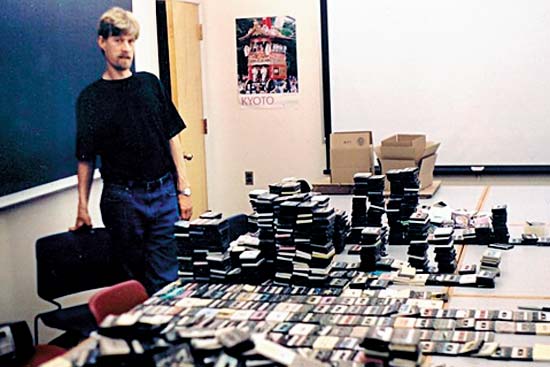 The attacks on the World Trade Center in New York on September 11, 2001, spawned an entire industry of conspiracy theories that questioned the official account of the destruction of the twin towers: these range from their controlled demolition to deliberate inaction by the US military to intentional obfuscation of the real target (purportedly the smaller 7 World Trade Center, which hosted the CIA, DOD and Secret Service).

In response, the US government app­ointed the 9/11 Commission, which after years of investigation concluded that Osama Bin Laden and his Al Qaeda network alone were responsible for those shocking events in New York and Washington. However, even staunch defenders of the commission report (including seve­ral commissioners themselves) have admitted that the entire chain of events leading up to the attacks may never be fully known. And now, a new study prepared meticulously over 12 years will invite further scrutiny of the established version of the making of 9/11.

A little-known aspect of Bin Laden is that from his arrival in Afghanistan in 1987 to support the mujahideen resistance to Soviet occupation, to 2001, when he rapidly abandoned his base in Kandahar following the US invasion of the country, Bin Laden recorded his discussions with his confidantes, as well as his speeches and sermons intended for the Al Qaeda rank and file.

Shortly after the Taliban went into hiding towards the end of 2001, an Afghan family discovered 1,500 tapes in a Kandahar compound previously occupied by Bin Laden, and sold them to a local cassette dealer. It was a CNN reporter who, having heard of the tapes, tracked down the dealer and convinced him to surrender the tapes, and they eventually found their way to Afghan Media Project at Williams College in Massachusetts.

In 2003, Flagg Miller, a specialist in Arabic literature and culture from the University of California (Davis), was tasked with putting the tapes in chronological order, transcribing them and making sense of their contents. After 12 years of painstaking work, he has published his findings in a 320-page book entitled The Audacious Ascetic. Miller describes the tapes—some of which have been placed online with written English translations—as nothing less than sophisticated ‘self-marketing’ by Bin Laden. After all, they could be easily copied and just as easily escape censorship, and their popularity in West Asia made them a valuable ‘propaganda tool’.

Of the 1,500 tapes, 30 were direct recordings of Bin Laden, and dozens more were of his associates. The remainder were by jehadi groups not operating under Bin Laden (giving Miller insight into how other militant networks perceived Al Qaeda’s evolving ideology), as well as miscellaneous recordings (religious music, conversations in camps etc).

Miller’s study of the tapes reveals that over the years, Bin Laden’s primary concern remained ‘disbelief’ amongst fellow Muslims, particularly the West Asian regimes that did not support his view of Islam: Shia Iran, Baathist Iraq, the Nasserist Egypt and the Saudi royal family. He was also hostile towards Israel, whom he held responsible for the suffering of Palestinians.

Even during Bin Laden’s great disgruntlement with the US, the tapes contain no calls for violence against America.

However, his comments on the US were few and mild: he encouraged his followers to write to US embassies to express concern over American intervention in the West Asia, and even proposed economic sanctions on the US inspired by Mahatma Gandhi’s anti-colonial resistance. In Bin Laden’s own words, “Britain was forced to withdraw from one of its largest colonies when Gandhi the Hindu declared a boycott against their goods. We must do the same thing today with America.”

Bin Laden’s relationship with the US first began to sour in 1992, when President Bush refused to recall US troops based in Saudi Arabia following the first Gulf War. It deteriorated further in 1994, when he was stripped of his Saudi citizenship, and in 1996, when his assets (valued up to $300 million) were seized upon his expulsion from Sudan, both thanks to US intervention. Yet, during this growing disgruntlement, the recordings contain no calls for violence against the US. “Al Qaeda’s primary enemy on most of these tapes, most of the time, is Muslim leaders,” Miller argues.

And it gets more puzzling. In the dominant narrative of Bin Laden’s personal evolution, August 1996 marks a turning point: he supposedly entered a new phase of belligerence towards the US. Two pieces of evidence have been marshalled in favour of this view: the first, a fatwa against the US, published in Al Quds Al Arabi, a London-based newspaper, that was attributed to him. The second was a speech he made that year in the Tora Bora mountains in Afghanistan, declaring “war” on the US. However, Miller, who studied its recording, notes that “the last third of this speech is 15 poems, and many times when this speech is translated, the poetry gets dropped out. Because of this, we don’t appreciate the extent to which this speech wasn’t a declaration of war, as it was framed by the media at the time”.

Indeed, Miller suggests that much of Bin Laden’s growing anti-Americanism in the latter half of the ’90s was the result—rather than the cause—of his being holed up in Afghanistan, stateless and liquidated. He had grown weary of internecine Afghan tribal warfare, and his influence had started to wane. In order to remain relevant, he began “pandering to Western television networks in an attempt to direct heterodox Islamist armed struggles against America.” But the tapes reveal that his discourse became less coherent, and other extremist groups grew disenchanted with his vision and his strategies for insurgency.

In one of the final recordings in 2001, Bin Laden talks of “a plan” against the US. This recording would become a lyn­chpin in the case against the militant, but Miller adds that as no details of this plan were ever revealed, the recording alone constitutes no evidence of his knowledge of the 9/11 strikes.

While the tapes do not exactly disprove Bin laden’s authorship of the dramatic 9/11 attacks, neither do they portray a man with the clarity of purpose or the capability of mounting terrorist violence in the West. We find instead a marginalised figure cut away from his funding, his leadership diminished, unsure of how he should reinvent himself. “There is nothing inevitable about 9/11 on these tapes. It was hard working on these tapes to remind myself of that,” concludes Miller.

Miller’s research raises several questions about the main protagonist of the 9/11 saga: How much did the Western security apparatus know of Bin Laden? What role did the West play in his trajectory? How many of his decisions were forced on him? Could what they have known of Bin Laden and the rise of Al Qaeda be shrou­ded in misinformation? It is an unsettling implication. A sel­­ection of the audio archive can be found online at: www.audaciousascetic.com/listen.htm, and make for an enriching complement to his compelling research.