‘Fight Against Colour Bias Must Become A Movement’

Actor-producer Abhay Deol opens up about the existing skin-colour biases in the indian entertainment industry... 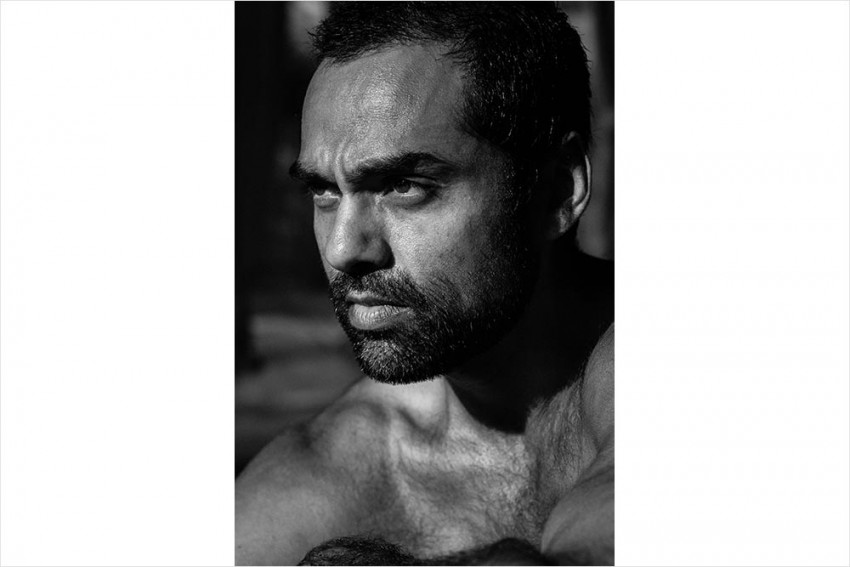 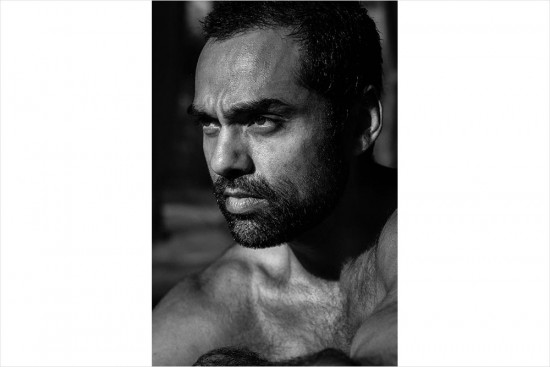 Actor-producer Abhay Deol recently flayed skin-colour biases in India’s entertainment industry and urged his film colleagues to stop endorsing products that promised lighter skin on use. In an interview with Prachi Pinglay-Plumber, the 41-year-old says he hopes his outbursts in social media will prompt people to take a fresh look at cinema—and society in general. India needs a charged-up and sustained movement against such racist traits, more so when the country has a grand mix of people of varied complexions, build and creed.

What prompted you to put out those posts?

This may be my first such post on Facebook, but I have twee­ted about the issue in the past. I have been making an effort in my own space. Sometimes you feel a little is not enough, so you do some more. Honestly, I was just expressing my views—I did it for awareness, though with a bit of fun. Maybe I have been watching too much of American political satire. The FB post was a little provocative, to make people think. I know a lot of people who don’t feel inferior because of skin colour, instead feel angry because they are made to feel inferior.

“Those with money and holding positions of power should desist from product endorsement. Stop breeding the idea that looks are important.”

I wasn’t sure of that, but I did desire for a major reachout and it striking a chord with people. My motive was also to speak to fellow actors. Ad industry and film people pick fair people over dark, though it’s not that they don’t pick dark people. That conditions how we look at beauty. You might have a simple-looking white person in front you and the most gorgeous dark person, but you find beauty in just the first. Our conditioning is that deep. You will think they are dirty. We even use the word ganda or maila. Once you start realising this and if you feel angry (over the lack of logic and injustice), they are signs of a good start.

Viewing as a person from the industry, what impact does celebrity endorsement have on such attitudes?

It’s an issue—or a complex—we in India have been having for thousands of years. It started with the days of agriculture when people who worked in the fields had darker skin because they were exposed to the sun all day. Peasants were anyway poor. That is how we came to asso­ciate fair skin with richness and wealth, bec­ause the feudal moneyed stayed indo­ors. After that came the Mughals and then the British…. We may have a very deep-rooted cultural identity, but a very young national identity. As a people, we are being pulled in all directions and, many a time, we don’t know where to go.

So, what exactly is the truth about skin colour? What should we believe in? Well, my appeal is to those in high positions, who have power and lead very comfortable lives. It is not to a struggling actor who is new on the scene, and for whom endorsement of a product (s)he doesn’t perhaps believe in fetches money. There should be a tacit code or understanding among privileged people not to endorse things that give others an inferiority complex... I don’t want to preach more on this or call for a ban on anything.

But wasn’t the entertainment industry less judgemental about people’s looks 10-15 years ago?

Today, yes, looks matter more in (mainstream) movies. It is all about the hero and heroine; I mean the actors doing the roles. This is what I don’t like about Bollywood formula. You have so-and-so actor and actress and then you have a story. The stars attract people—and the makers of the movie hope the viewers will thus like the film as well. It breeds the superficiality that looks are important. These are subtle messages we get every day, every moment. We subconsciously take in these concepts, and grow beliefs that you have to look a certain way to get the girl, you have to look a certain way to be considered beautiful as a girl. The film industry is pushing that narrative vigorously. They are relentless in making you feel inferior. When people feel inferior, they do something to get rid of it. It’s easy to manipulate them. They are already in a vulnerable position.

Your twitter profile says you are ‘politically incorrect’. How important is this ‘dying breed’ for the health of society?

I am not here to preach corporates (in the cosmetic industry). I am a filmmaker. I want to tell people to take up responsibilities. Whatever space you may be in, make a difference to those around you. I am only trying to make the change within my industry. You may often come across as politically incorrect if you stand by your beliefs, yet don’t go by the popular narrative. When I find my fraternity is just taking advantage of a situation that is far from ideal and not bringing awareness against it, then I become politically incorrect.

What kind of support have you received?

Well, I don’t want to be applauded for what I said. What I said is what every average person should say. People are appl­auding because the bar around me is so low. When we start debating about bias over skin colour, then we will start to see how it has affected us in many other aspects of our lives as a nation. Is this leading to entertainment being def­ined in a certain way?

I received a lot of support from people and media. From corporates and filmmakers, no. Why would they? I am calling them out for their practices. No one wants to rock one’s own boat. I got one call from an actress saying I am doing the right thing, that’s it. Everyone is too concerned about one’s security. But if the bar is so low, then I am not interested in being part of this. In any case, I have not toed the line of the powers-that-be.

Have you ever faced any of kind discrimination related to physical attributes?

Right now, machismo in my industry is attached to steroid-fed muscles. It’s not discrimination really but because I do yoga and don’t take steroids and I am on the leaner side…. The idea of machismo has become all muscles. Actually mac­hismo comes from speed, flexibility and strength. As actors, we feel discriminated against by height, complexion, films and their subject, but that is fine. Otherwise, wherever I have gone, people have loved my skin, my accent.

Do you believe this will turn into a movement?

It needs to be a movement. I want to appeal to my fraternity and I want them to stop being colour-biased because it may be a start of something good. Frankly, a lot of people don’t care. Journals should not take such ads. Everyone needs to do their bit. Then it will be a movement. I have a bad feeling that this will be all noise for a week or so. I am not going to make more noise. At least I can say that I stood up. Whatever I had in my power, I did. Everyone needs to do it.

The pressure, to be fair, is only increasing in modern times, is it what you are trying to suggest?

See, we—be it Indians, Americans, Canadians, Asians, and all of mankind—are in a unique position. We are all at a time in human history where information is instant. You can find the truth, you can research but the flip side is you get bombarded with certain things. For example, a little kid is convinced that he or she is not inferior because (s)he is dark. But then they will anyway be also looking at peers around, coming across posters, viewing television, right? What is the result? Even someone who is evolved enough to know the meaninglessness of the bias will get beaten down and defeated and be conditioned to believe otherwise. Hey, my parents are saying, my favourite actress is saying, everybody is saying it. So it must be true. We are more vulnerable to things that upset or defeat us.

Moreover, most people, even in the White-dominated reg­ions, are extremely proud of the colour of their skin.  We uniquely feel inferior; a lot of Asia feels this way. I have been told by filmmakers in Hollywood that if you have a black face on a poster, India and China won’t sell very easily—outside of a Denzel Washington or Will Smith.

We have so many colours, yet we are quite racist. Is that what you mean to say?

In fact, we have all colours in India, from light brown to the dark to black—our physical features, too, change. If we are going to allow notions, such as ‘darker skin is inferior’, play with us, it’s sad. I was reading that India is known to be a trigger nation. If you have a very deep self-worth, people can say whatever and you will not care. Why is it that we get eas­ily triggered most of the times? And there are many reasons. But let’s start with the one reason that we all agree with which is we should not judge by the colour of skin. We should not put this thought or narrative, which advertisements do, that having a fairer skin will give you success.

There is something called ‘black face’ in Hollywood where they didn’t want to have black actors so they would put colour on white actors. I have seen that happen here, with people putting dirty brown colour on models. I mean that is ‘brown face’ happening right there. It’s important to look into history of other countries; it will reflect something of our own.

We need to look at us as a global community and then take a detailed look at unique cultures. The uniqueness that I think about our culture is unity in diversity. We are a diverse culture. We were not a country until 70 years ago. Our special thing is meditation and yoga. It is unique to our country. Back in the age, your superiority was not judged based on the colour of your skin. There was no concept of racism. There were conquerors and the conquered. Either you were good at something or you were not.

It is a sad fact that we are just dragging forward a false notion and then we get triggered when people insult us. First, take pride in your own skin. Start also looking at important issues around you—and give women and children equal rights. Then you can be proud of something.