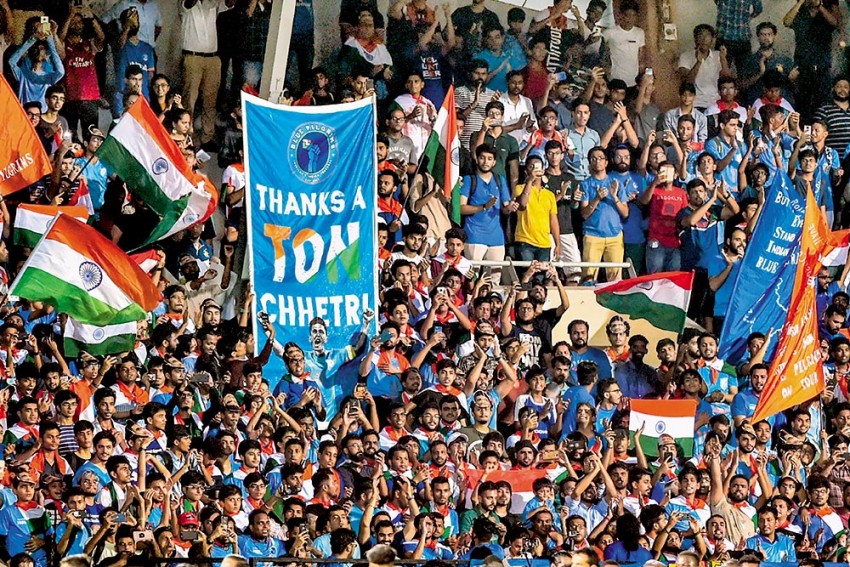 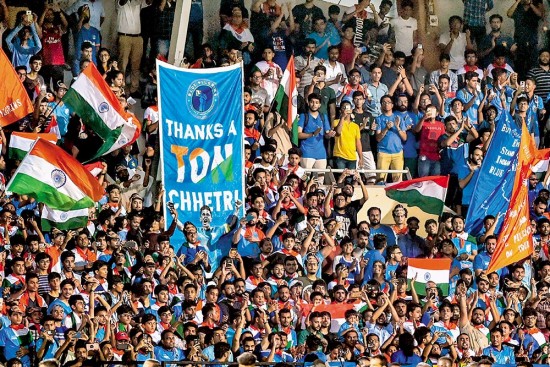 Beneath the frothy bubble of World Cup hysteria that has Indian football fans by the scruff of their necks, lies the fact—flagrant, unchanged and depressing in its inevitabil­ity: India, a nation of 1.35 billion souls, have never played in a football World Cup in its 88-year history. Some may argue thus: Didn’t India make it to the 1950 World Cup, held in Brazil? The dispiriting answer to that is, that ‘qualification’ came by default, after several Asian countries withdrew after qualifying—and then, the Indian football federation didn’t send a team.

It is shocking how short-sighted Indian football administrators denied a batch of naturally-talented players an opportunity to experience the thrill and pressure of competing in a World Cup 68 years ago. It is all the more bewildering since this brazen act of apa­thy happened in the middle of Indian football’s ‘Golden Era’—from 1948 to 1964—during which India won several tit­les under the legendary coach, Syed Abdul Rahim. India’s dismal global football record—and this in a popular sport played widely for a century—includes only a couple of Olympic Games appearances.

From 2026, there will be 48 teams in the WC, with four more teams from Asia. India must start preparing.

Now, as the 2018 World Cup is being staged in Russia, the perennially haunting question rears its head again: When will India compete in a World Cup? Rather, let us ask a little more provocatively: Will India ever play in a World Cup?  When this poser was put to some top players, former India captains, coaches and experts, their rea­ction was laced with deep pessimism. They listed a whole lot of areas that need improvement. Most of them say India should take it step-by-step and should first aim to become a force to reckon with in Asia.

“It is a very tough task. Rather than focussing on the World Cup, we should focus on bec­oming one of the top 10 teams of Asia,” says former India captain Bhaichung Bhutia.

Technically, India can, at the earliest, qualify for the World Cup in 2022. To put up a strong claim for qualifying, India, ran­ked 97th by FIFA, will have to perform creditably at the 2019 AFC Asian Cup in January- Feb­­ruary 2019. “Asian Cup is the biggest tournament after the World Cup. Performing well there is very important for India as all teams will be at their full strength,” Bhutia says. 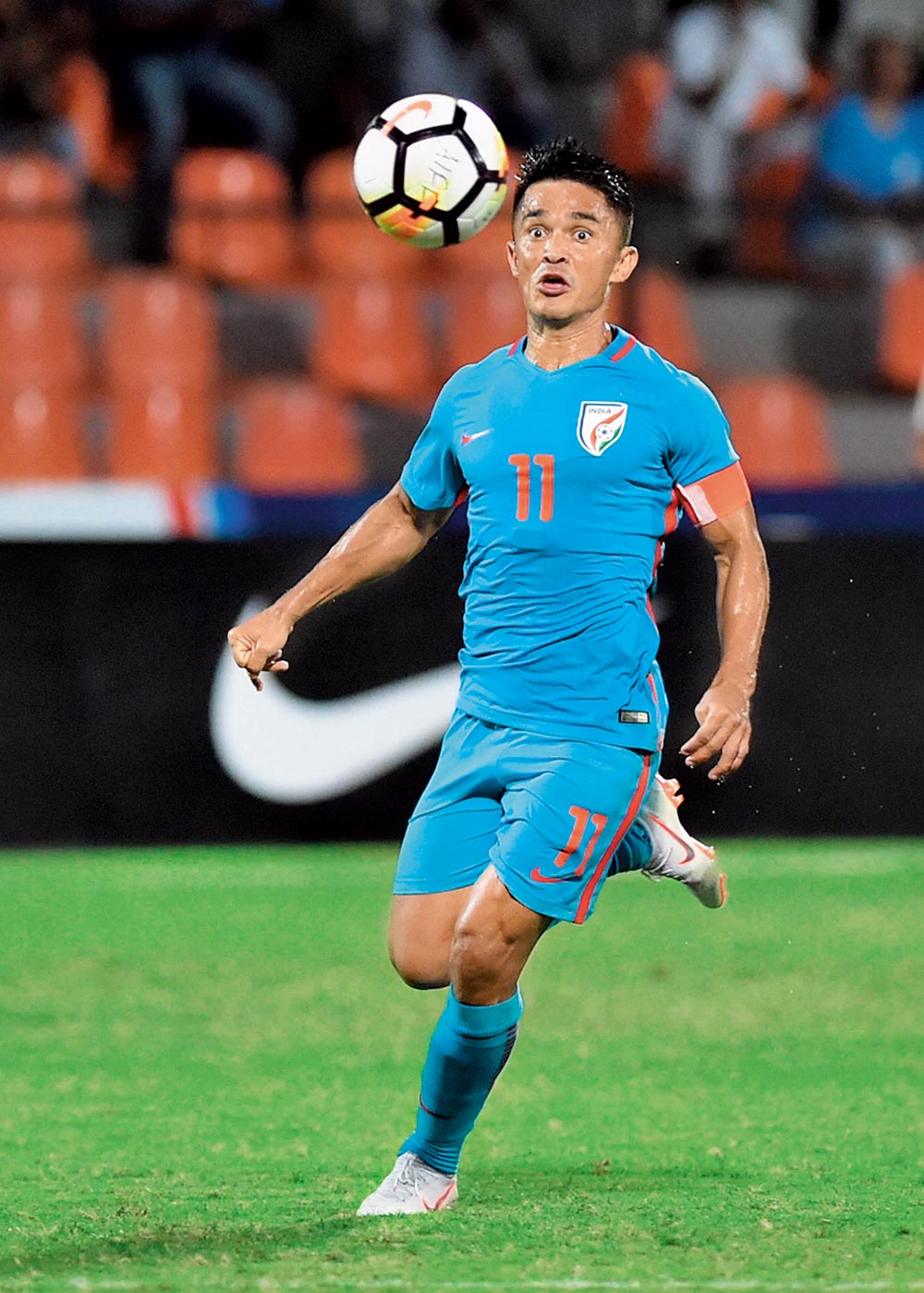 Sukhvinder Singh, a former India player and national coach, and Olympian Syed Shahid Hakim concur with Bhutia—and they speak out bluntly. “Unless we become one of the top three or top five or top seven teams in Asia we should not even think about this target—playing in a World Cup...it is too early to think about the World Cup,” says Sukhvinder.

Hakim says India needs to improve the standard of its dom­estic tournaments. “There is virtually no [top class] domestic competition. I-Lea­gue and Indian Super League are not enough.... We need 16 lakh players, so to say, to build a strong national team—quality comes from quantity,” he says.

Hugo Martins, an assistant coach of the Indian under-17 team at the 2017 World Cup, gives a hard-hitting neutral perspective. He bluntly predicts that India wouldn’t make it to the next 10 World Cups. “The enormous delay in the dev­elopment of Indian football makes me believe that. The problem is not the Indian player but the cultural, sporting and social context,” says the Portuguese.

Shaji Prabhakaran, director of national teams and youth dev­elopment, All India Football Federation, says India might need another 22 years to qualify—in 2040. “To qualify, India has to develop a competitive dom­estic lea­gue. There sho­uld be continuous focus on developing the game at grassroots and youth levels,” he emphasises.

The present crop of players, however, is bubbling with hope. Young Manipuri midfielder Jeakson Singh Tho­unaojam, who scored India’s lone goal at the under-17 WC, is optimistic that many from his batch would go on to play at the senior World Cup. “But for that we will have to imp­rove at all positions of play—forwards, midfielders, and defenders. We have the skill but can’t utilise them because we are not confident of ourselves,” Jeakson tells Outlook.

“The onus for youth development rests on the clubs, like in other nations,” feels AIFF’s Kushal Das.

“A pro­fessional league with only 10 clubs is not enough. The lack of sports training projects and the poor quality of most club structures prevent development. The lack of inte­rnational exp­erience and the weak organisation of domestic competitions are indicators of the enormous delay,” Martins says candidly.

The AIFF, in conjunction with the sports ministry and the Sports Authority of India, has fielded Indian Arrows, com­pr­ising under-17 World Cup­pers, in the I-League. “In three-­­four years, these players will form the nucleus of a very competitive Indian team, which I beli­eve can compete with the best in Asia and have a chance to quality for the 2026 World Cup. But the onus of youth dev­elopment must be taken by the clubs earnestly, as is done in the develo­ped football world,” says AIFF general secretary Kushal Das.

As a sporting nation that banks on tall hope moun­ted on castles  in the air, rather than decades of toil that goes into building a strong edifice, a providential lifeline is coming Indian football’s way. From 2026, FIFA is expanding the World Cup from 32 teams to 48 teams. This means more berths for all continents; Asia will get four additional slots in the World Cup.

However, the crucial question for India is not additional berths—it is about raising the standard of the game and wresting the advantage. Rather than dep­ending on a lucky break, all stakeholders of Indian football will have to rise in unison to rea­lise an age-old dream. Millions of Indian sports-lovers would watch hours of World Cup act­ion, don foreign jerseys, pick up partisan arguments, party when ‘their team’ wins. It is time for all that fuss to have a truly home-grown origin.