FIFA World Cup 2018: Can An African Nation Make To The Last Four?

Five African sides have qualified for the World Cup. With excellent organisation and a few world-class players, can they overcome history? 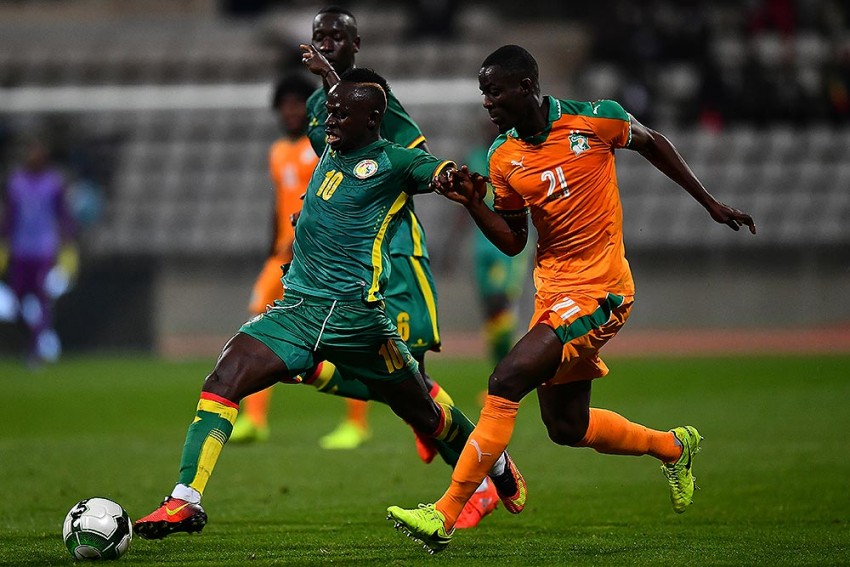 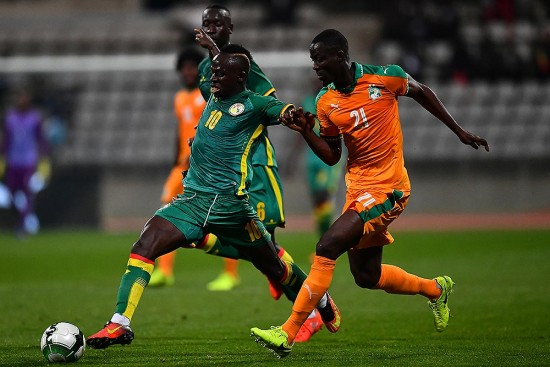 Pelé once predicted that an African team would win the World Cup before the end of the 20th century—a forecast which in failure would gain infamy as a rod to beat the continent’s sides. It’s not just that no African contender has won football’s grandest prize, none has even reached the final four. To date, the quarter-finals have been the glass ceiling, with African teams thrice reaching the last eight. There are reasons to be optimistic, however, that one of the African five now set to compete in Russia can enjoy a deep run into the tournament, and perhaps even reach uncharted territory.

A  noxious soup of factors has undermined Africa’s performance, with internal politics, bonus disputes, the talent drain to Europe, tricky first-round draws, domestic infrastructure and a certain naïveté about game management stymieing the progress of many fine teams. Ivory Coast’s golden generation, for example, had nightmarish draws in both 2006 and 2010, when an injury to Didier Drogba made their task even harder, and then shot themselves in the foot by throwing away the chance of a last 16 berth at the death in 2014. That’s better than Egypt’s own golden generation, however, who proved with their hat-trick of African Cup of Nations successes that they had the quality to thrive in international tournaments, only to fail to qualify during their era of dominance. Internal tumult and disagreements over payment have prompted implosions in Nigeria, Cameroon and Ghana over the years, and it’s perhaps telling that nothing was exp­ected of at least two of the three African sides who reached the final eight in the past.

African sides have reached the last eight thrice before—but none has ever made it to the semi-­finals.

But this time, none of Africa’s quintet is there to make up the numbers, and each will be harbouring realistic hopes of escaping their group. All have cause to be optimistic, with Tunisia perhaps the only exception. The Tunisians struggled to make an impression in each of their three previous tournament app­earances and have not won a World Cup game since their 1978 debut, when they defeated Mexico.  Having been pitted against Panama in Group G this time, they will, at a minimum, be looking to add another win to their tally. However, it’s hard to see the North African side going too far beyond that, and with two opening fixtures against England and Belgium, they’re one of the contenders to be the first team eliminated. 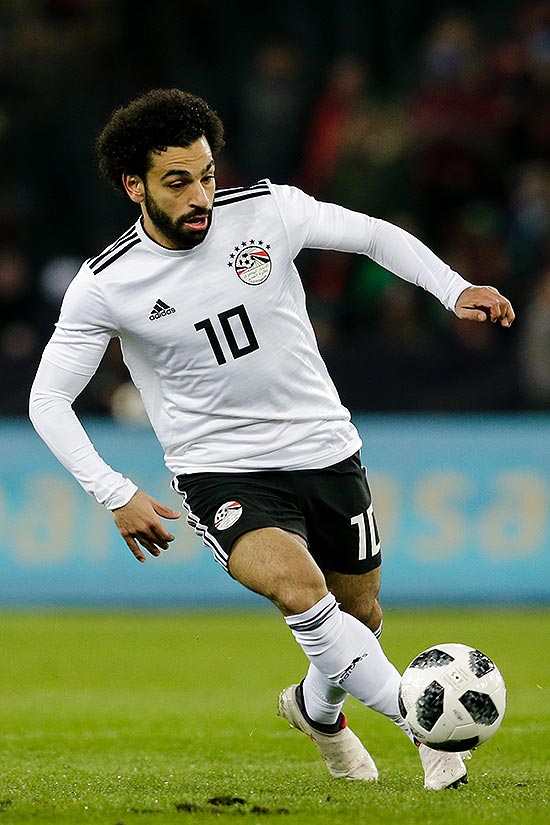 It’s not all doom and gloom, though. They’re a tight-knit bunch, and while they may lack the grit, obduracy and doggedness that have been key traits of Tunisian teams in the past, they boast ample character—as evidenced by their come-from-beh­ind qualifying victory over the Democratic Republic of the Congo in Kinshasa. The Eagles of Carthage will be hoping that they can choke and stymie England in their opener as Iceland did at Euro 2016, alt­hough the loss of flamboyant forward Youssef Msakni through injury represents a major blow. Another key att­acker—Taha Yassine Khenissi—has also been ruled out, although the presence of Wahbi Khazri, Naim Sliti and a functional midfield means that they ought not to be underestimated.

The other African teams present intriguing cases, with the two arguably stronger sides in the quartet—Morocco and Nigeria—handed particularly testing draws, and the weaker two—Senegal and Egypt—pitted in favourable groups. 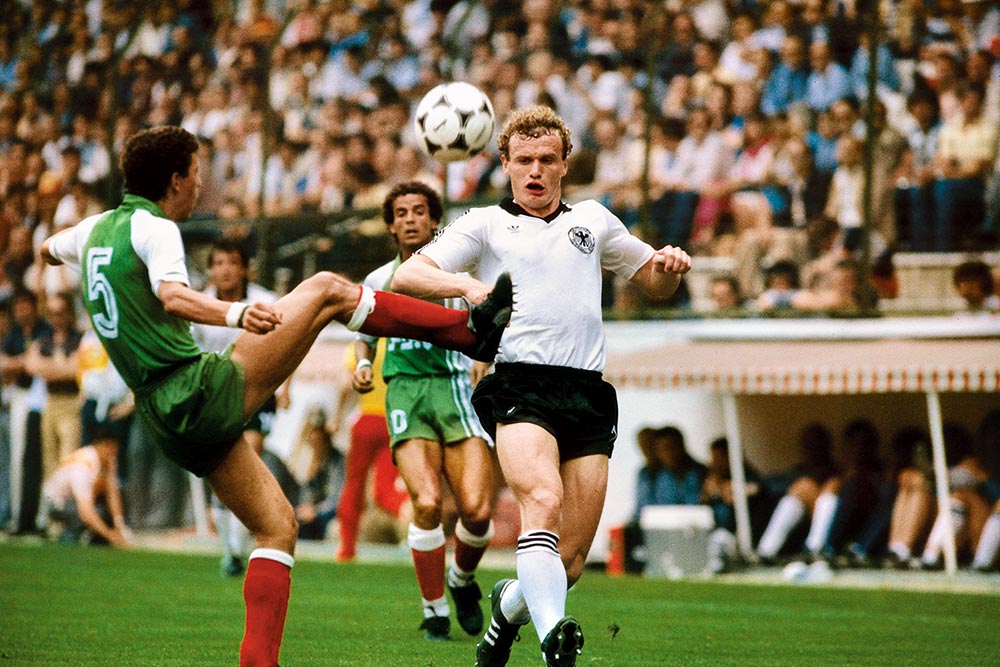 The Super Eagles could certainly claim to be Africa’s most impressive side during qualification; the Nigerian team cruised through the ‘group of death’, dispatching Zambia, Algeria and continental champions Cameroon, and have imp­roved dramatically under Gernot Rohr. The German has both steadied the ship following the turbulent reign of Sunday Oliseh and introduced a swathe of new faces, many of whom have opted to represent the Super Eagles despite being eligible for a European heavyweight. Alex Iwobi and Ola Aina, of Arsenal and Chelsea respectively, both featured for England at the youth level before committing to the West Africans, while Tyronne Ebuehi and William Troost-Ekong were raised in the Netherlands.

Nigeria’s confidence swelled after a 4–2 friendly victory over Argentina in November, but now they are pitted against the Albiceleste once more—the two sides met in 1994, 2002, 2010 and 2014—in a tricky Group D. The Super Eagles have their work cut out to progress alongside either the South American giants, Croatia or Iceland, alt­hough there’s quiet confidence that this is their time. A Champions League winner in 2012, John Obi Mikel, will marshal a dynamic midfield that contains Wilfred Ndidi, the most impressive tackler in the Premier League this season, while Victor Moses will relish a more advanced role after winning both the English title and the FA Cup with Chelsea over the last two seasons. If young goalkeeper Francis Uzoho is protected well and not overawed, and a consistent goal-scorer can be identified, Nigeria have the quality to esc­ape the group. After that, mom­entum, a terrific team spirit and a well-balanced side could make them genuine contenders to go deep into the competition. 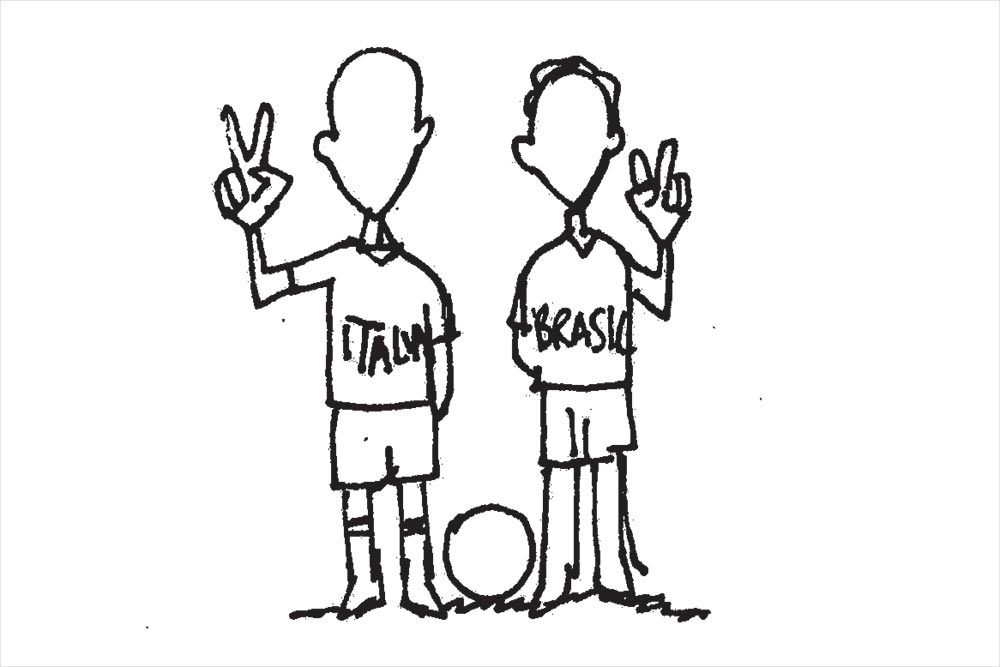 In 1974, ­President Mobutu of Zaire threatened his team, saying they wouldn’t be allowed back into the country if they lost by four goals or more against Brazil, after having lost 0–9 to ­Yugoslavia. They ­managed a 0–3 loss.

On paper, Morocco can be even more optimistic, following an excellent qualifying campaign in which they didn’t concede a single goal. It’s a superb rec­ord, and a testament to the outstanding organisational work of French coach Hervé Renard. The 49-year-old has won the Nations Cup with both Zambia and the Ivory Coast, and while his fortunes have been mixed in his homeland, he’s a master at uniting a squad, getting players to buy into his philosophy and neg­otiating knockout football. Renard’s defensive unit is well-drilled and coordinated well by Juventus’ Medhi Benatia, while midfield generals Karim El Ahmadi and Mbark Boussoufa offer a fine blend of discipline, tenacity and creativity, despite advancing years. Ajax’s Hakim Ziyech can be the outstanding African playmaker of his generation, and after his 24 decisive contributions in the Eredivisie this term, don’t bet against him being the continent’s standout star of the tournament. 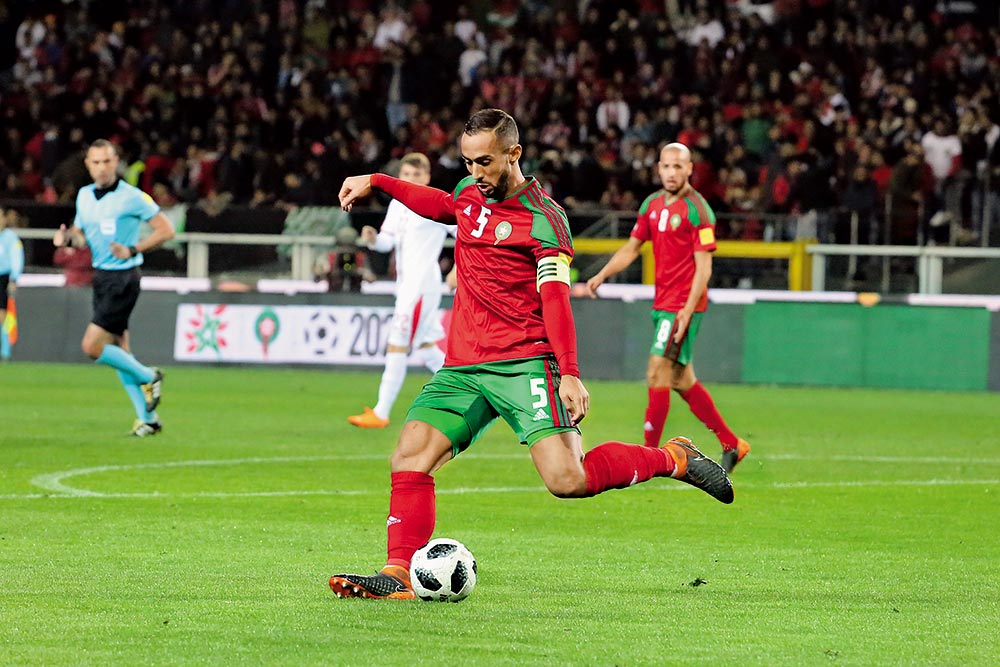 However, what counts against Morocco is a disastrous first-round draw in which they’ve been drawn with Spain and reigning European champions Portugal. An opening win against Iran in Saint Petersburg—potentially coming days after being named 2026 World Cup hosts—could set them up to be this year’s giant killers, and if any African team has the defence to subdue either of the European giants, it’s Morocco. If they can pull off an early upset—and both Portugal and Spain have been known to be slow starters—then Renard’s nous and an abundance of talent will make the Atlas Lions an omi­nous foe. The other African teams—Senegal and Egypt—are both flawed, but unlike Nigeria and Morocco, encouraging draws leave them as favourites to reach the knockout rounds.

Both teams are spearheaded by two of the superstars behind Liverpool’s run to the Champions League final—Sadio Mané and Mohamed Salah—and will be hoping that the duo can inspire them in Russia.

Salah, of course, has been the revelation of the Premier League season, breaking the div­ision’s goal-scoring record for a 38-game season after netting 32 while also weighing in with 10 assists. He’s also scored 10 in 12 in the Champions League during the Reds’ unexpected run to the final, and has proved—after being snubbed by Chelsea earlier in his car­eer—that he des­erves to be considered among the world’s finest players. The 25-year-old is the talisman for a competent but functional Egypt side that relies heavily on him to take res­ponsibility. The Pharaohs can run out of ideas if Salah is well negotiated by the opposing side, if  he is end­uring an increasingly rare off day or just not picked out by his teammates. This was seen in a shock 1–0 defeat in Uganda during qualification, while a lack of a plan B—particularly when they go behind—leaves Egypt vulnerable. 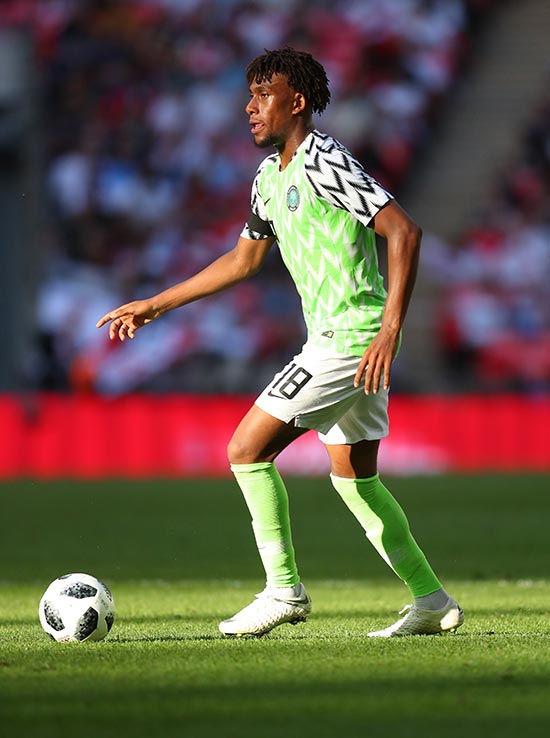 However, after being pooled alongside hosts Russia and Saudi Arabia—the two lowest-ranked teams in the tournament—as well as a Uruguay side in transition, the Pharaohs will have underachieved if they don’t reach the last 16. If Salah can rec­over fully from the shoulder injury he sustained in the Champions League and return to the form he showed for Liverpool during the season, they’ll be a handful for anyone thereafter. Indeed, should Egypt meet Portugal in the next round, the prospect of the former Roma forward facing the European champions’ veteran centre-back trio could be a chastening one for all of a Portuguese persuasion!

Senegal’s squad is more talented, with a host of players featuring in the world’s major leagues and for some of Europe’s biggest clubs. However, much of their fate rests on Mané’s shoulders, with the forward’s guile, movement and pace giving them an edge going forward that some of their World Cup opponents may lack. The attacker may have been in Salah’s shadow for much of the campaign, but with 10 goals and seven assists in the Premier League, and a further nine goals en route to the Champions League final, he’s nonetheless been among Africa’s top performers worldwide. Indeed, Mané’s showings in both of Liverpool’s first two victories over an otherwise imp­erious Manchester City—in January and April—were breathtaking, and a repeat in Russia would go down well back home.

The aim of this side is to emulate the success of Senegal’s 2002 generation, who stunned the watching world—and World Cup holders France—during an unforgettable campaign in Japan and South Korea. There are certainly parallels between the two collectives, where a strong and resolute spine will provide support for a smattering of individual talents. Ismaila Sarr of Rennes could be an eye-catching option off the bench, although perhaps Senegal’s true MVP is Idrissa Gueye, whose tireless work in midfield protects the defence and knits the team together.

Doubts remain about the vis­ion and organisational abilities of coach Aliou Cisse, but Senegal should have enough to progress from a group with Colombia, Japan and Poland. Perhaps most importantly, there’s precedent, and a burgeoning sense among the players that they’re following in the footsteps of their 2002 pred­ecessors. They’re more than cap­able of topping their group, and after that, have the defensive class and—in Mané—a genuine superstar to trouble the big boys.

Each of Africa’s World Cup five faces obstacles but,  perhaps now more than ever bef­ore, the continent’s representatives have the organisation, talent and momentum to enjoy a long run in Russia. The semi-fin­als would still represent an overachievement considering the limitations in some of the squads and the class of the world’s top teams, but the Africans can be hopeful that at least one of their sides will again take their place in the final eight. Can the glass ceiling be broken? Perhaps not this time…

(The author is a football writer with a focus on Africa )