Outlook takes a look at nine 'elite' seats from where their highnesses have returned again and again to Parliament, and fails to see why 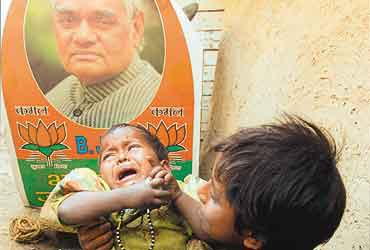 They come, they campaign, they conquer. We arm them with our votes, play soldiers to their victory. Yet, after the dust and drama of the war for votes settles, our allegiances remain unrequited. And we are left alone by them, our rulers, to the battle of daily life.

But how does one measure the quality of rule, or misrule, of those we elect into Parliament? Constituencies are strange statistical entities, smaller than districts, a composite of two districts or its parts, an amalgam of blocks, villages, towns, cities: census numbers, then, can hardly compute the worth of a constituency’s governance.

So, Outlook’s correspondents fanned out across the country. And visited the constituencies of some of the most prominent among our Members of Parliament. Leaders who are headline highlights, star sound bites. Those who have conquered their constituencies many times over.

To assess what those whom we vote into power have done to better our lives. What did we discover? Lack of accountability....