Felled By His Own Folks 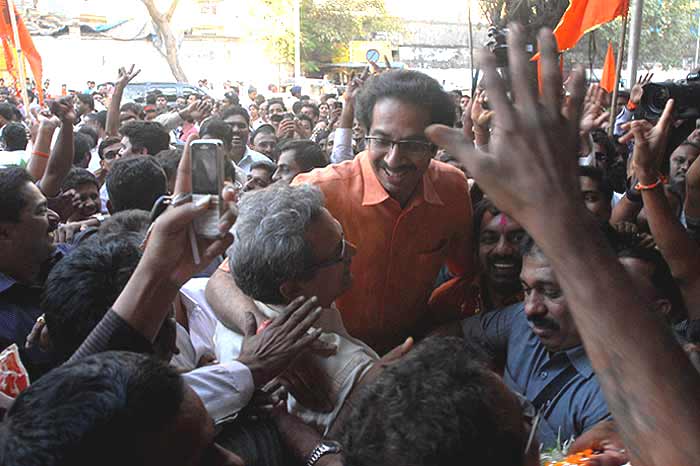 Prithviraj Chavan is a good man, sincere in intent, technocratic and rational in approach, determined to make a difference, resolute in the face of opposition and untainted by the blot of corruption. He should have been an election strategist’s dream-come-true politician. Yet he cut a sorry and lonely figure last week as results to Maharashtra’s local bodies—ten municipal corporations, 27 zilla parishads and 305 panchayat samitis—trickled in; the Congress, led by its chief minister, had fared worse than its nearest rival, the Shiv Sena, and part-ally-part-rival, the Nationalist Congress Party.

A broad brush-stroke of the first state-wide polls after the anti-corruption movements shows that the Congress, which had triumphed in the 2009 general and state assembly elections, has suffered a setback. Urban Maharashtra largely voted for the Sena or the Maharashtra Navnirman Sena. The story of the Congress slide, and that of Chavan as politician, is best told through Mumbai.

Chavan had made it his ambition to wrest Mumbai back from the Sena-BJP; the election to Brihanmumbai Municipal Corporation (BMC), he had declared soon after he was made chief minister in November 2010, was his top priority and forged an alliance with the NCP to gain from the combined vote. This was the best the chance Congress had, given the rampant corruption, unbridled ad-hoc approvals for construction that stressed out the city’s infrastructure and a cosy “percentage politics” that enriched the corporator-contractor-officer lobby. The BMC is India’s richest civic body. Its last annual budget of Rs 22,000 crore was equal to the combined budgets of Bangalore, New Delhi, Calcutta and Chennai corporations. Chavan staked his all.

Cynics may say good men do not necessarily win elections. What would be more correct is that the Congress culture does not allow purposeful men like Chavan to succeed. It’s best described as the proverbial basket of crabs, with many pulling down the one trying to go upwards. Narayan Rane, once a loyal Sena man and now a Congress chief ministerial aspirant, put it succinctly: “The Congress defeated the Congress.” Party veterans and popular leaders—more well-versed than Chavan in realpolitik—kept aloof from the election process, disgruntled senior leaders covertly but deliberately aided the Sena, local leaders were conspicuous by their absence in campaigning. There was a deliberate design to sink Chavan. He should have read it.

This apart, the chintan would have shown Chavan two other, strategic, factors for the poor show. One is the displeasure of Mumbai’s all-powerful real estate lobby that took a severe hit after he slowed down the building approvals process and pushed the BMC commissioner to bring in measures that favour middle- and upper-middle-class buyers; this lobby is reported to have helped his political rivals. Chavan, in the immediate post-Adarsh scam, put brakes on the process of ad-hoc file clearance and rule-bending that profited the real estate lobby. “Mumbai is not a milch cow,” he often remarked. It’s an open secret that key players in the lobby would like to see him replaced sooner rather than later.

Two, significantly, Congress in Mumbai-Thane has neither a Marathi face nor a network of street-and-nukkad-level units that Mumbaikars can identify with. It’s not about Sena-style politics; it’s about an identity that citizens forge with political leaders. At that level, the Congress has little connect. The Sena asked if Mumbai’s seat of power, BMC, should be given to the north Indian Kripa Shankar Singh, the Congress city chief who resigned after a Bombay High Court order on Wednesday. Singh is a staunch Mumbaikar, speaks Marathi and has Uddhav Thackeray come home for Ganpati puja; but the Maharashtrian voter ignored this. Marathi-dominated areas voted one of the two Senas. Chavan, who led the campaign, was seen as an ‘outsider’, the good man from Delhi or Karad. He made it worse by declaring that the “Sena will vanish” after the elections. This only brought out the reluctant Sena voter.

Chavan will hopefully be honest to say what he knows in his report to the high command—2014 is not far away.