What explains Kumaraswamy’s curious warmth towards BSY? Maybe tactics, but he risked even his party’s pro-ryot image for it, before making amends with the cow slaughter bill. 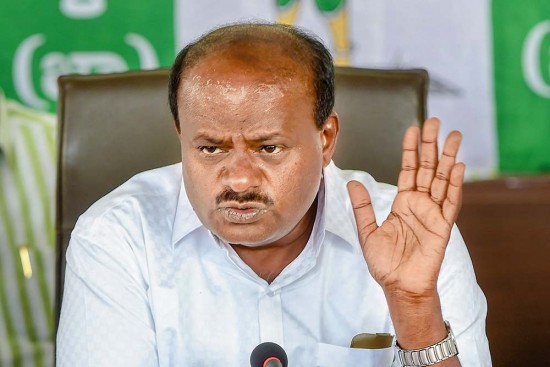 As farmer protests raged in many parts of the country, Karnataka’s Janata Dal (Secular) has found itself in a tricky situation. A party which brandishes its farmer roots and whose symbol is a woman carrying a bundle of hay, drew the ire of farmer org­anisations for helping the ruling BJP make amendments to a land ownership law that lifted restrictions on non-agriculturists buying farmland in the state.

But party leader and former chief minister H.D. Kumaraswamy defended the move, saying he was only playing the role of a constructive Opposition—he clai­med the party ensured a balanced law. “The party is being blamed unnecessarily without proper scrutiny,” he said, listing out pro-farmer schemes, such as a loan waiver, during his stint as CM.