We've witnessed his acting skills in Rock On and Luck by Chance; now his debut film as an actor, Fakir of Venice, is being released in India 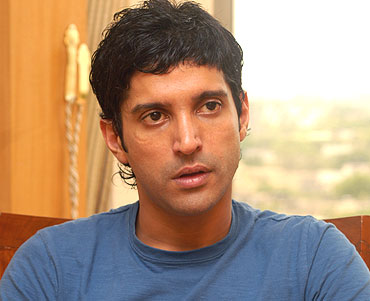 What took Fakir so long to be released?

I don’t really know. It was finished after Don, that was in ’07 Jan/Feb, but the director Anand Surapur was doing the festival circuit with it.

You hadn’t shown any inclination to act earlier, so why this film?

Surapur (the director) is a dear friend and I liked his script. It’s very powerful and touches upon weaknesses and confusions in all human beings.

Did it make you realise you were an actor?

I realised the choices I made as an actor were seemingly ok, they were not jarring in the film. I had believed in the film for the right reasons.

Your sister Zoya said she initially didn’t think of casting you in Luck by Chance because you didn’t want to act?

Yes, I really didn’t think about acting. I was very happy directing. So I was producing her film, meeting actors, and pitching her film to them.

Your reaction when you faced the camera.

(Laughs) It felt a bit weird at first but then you realise you’re doing a job...