Fall Of BJP-PDP Govt In J&K: Abandoned In Lotus Time

The coalition finally gives way, removing the semblance of federal order in Kashmir. Now, in direct line of Centre. 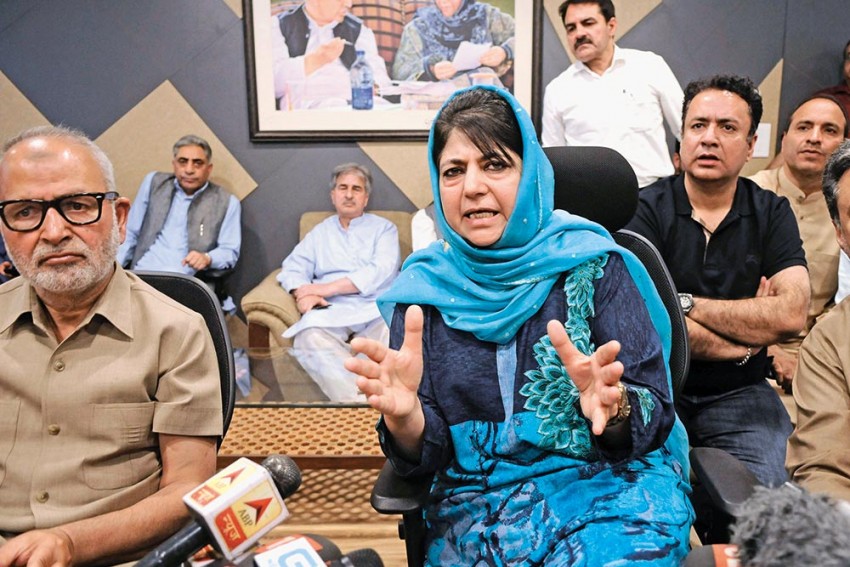 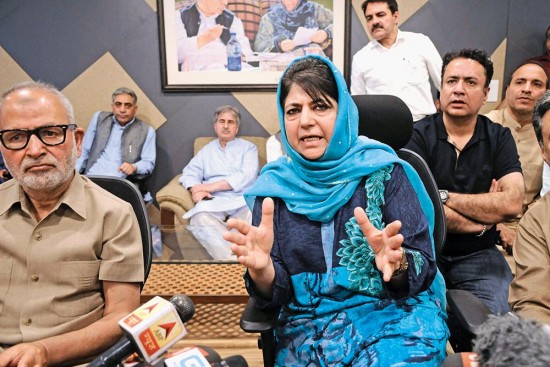 Aiman (2) and Deeba (3), too young to understand the scope of the tragedy, sat by the body of their father, Aijaz Ahmad Shan, who was shot dead by security forces in this small hamlet in Kashmir’s Kulgam district. Outside, slogans against Mehbooba Mufti and her People’s Democratic Party (PDP) filled the air. The irony is not lost on the mourners—Noupora was once a PDP stronghold, the home of party vice president Sartaj Madani, Mehbooba’s uncle. In official records, Shan (25) would probably bec­ome just another casualty. But for the people of Noupura, his death reflects everything that is wrong with the manner the governments—both at the Centre and the state—mishandled a sensitive issue and ended up fanning anti-India sentiments in the Valley.

Around the time Noupura was echoing with slogans against her, Mehbooba was meeting Dineshwar Sharma—the Centre’s pointsman in Jammu and Kashmir—at the secretariat in Srinagar. She had no inkling that a few hours later, the PDP’s ally for three years, BJP, would pull the plug on her government. BJP general secretary Ram Madhav ann­ounced the end of the coalition government at a press conference in Delhi on June 19. The disconnect between Kulgam, the state secretariat and Delhi was never so evident than in that moment.

Noupora’s tragedy unfolded hours after Union Home Minister Rajnath Singh ann­ounced the government’s decision to not extend the unilateral ceasefire after the month of Ramzan. It can be debated what the ceasefire achieved, but residents of Noupura in South Kashmir, a hotbed of militancy, say that during the truce, they could sense some calm in the South Kashmir village.

According to some residents, on June 18, army personnel entered the village and allegedly took away the mobile phones of the youth. What exactly prompted the army raid is not known but villagers said that the security personnel ret­urned in the evening, seeking a few youngsters. When locals protested—such protests often turn violent with people throwing stones and brickbats at security forces—the army allegedly opened fire, injuring three of the protesters. One of them was Shan, a walnut seller, who died on way to the hospital. He was buried the next day amid protests, under full media glare.

Shan’s death and, more specifically, the killing of Rising Kashmir editor Shujaat Bukhari a few days earlier—which the BJP cited as one of the reasons for pulling out of the government—have left the Valley bristling with tension and suspicion. Now, there’s fear of a bigger clampdown by the Centre on militants. Despite the Centre’s claims of an improving situation, statistics show a sharp rise in ­violence in Kashmir ever since Hizbul Mujahideen commander Burhan Wani was killed in July 2016.

But what would a bigger clampdown mean? Last year itself, the army re-introduced cordon and search operations (CASO) after nearly 15 years to tackle growing militancy. Activists are of the opinion that CASO is a draconian policy  that gives the security forces the licence to round up people on mere suspicion. And more often than not, the civilian population stages protests during CASO, leading to deaths of non-combatants. A wary Mehbooba, who addressed a press conference at her Fairview residence soon after resigning, touched upon these issues, saying that a “muscular policy will not work in Jammu and Kashmir.”

READ ALSO: Our Neighbour Does Not Mend Its Ways: Rajnath Singh

BJP general secretary Ram Madhav announced the end of the coalition government at a press conference in Delhi on June 19.

As the mood in the rural swathes of South Kashmir turns more confrontational, observers fear that it will squeeze the political space further and end up alie­nating more people in the Valley, one of the world’s most militarised zones in the world where hundreds of militants, civilians and security personnel have been killed since 1989, when insurgency took off in a big way. After saying that the government would continue with its ­endeavour to create an environment free of terror in the state, Rajnath Singh added that after the ceasefire, security forces have been directed to take “all necessary action” as earlier to stop militants. Res­po­n­ding to the Home Minister’s statement, the IG of the Central Reserve Police Force (CRPF), Ravideep Sahi, said they will ­respond to every order and also vowed a peaceful 60-day-long Amarnath Yatra scheduled to begin shortly.

The level of alienation among the younger generation of the state can be gauged from the fact that many disapproved of the ceasefire and even “celebrated” its withdrawal. Former CM Omar Abdullah was quick to rebuke them for celebrating a “failure” as if it had been announced by “our enemies”. He said the ceasefire was the Centre’s initiative and “its failure is a failure of everyone who wants to give peace a chance”. 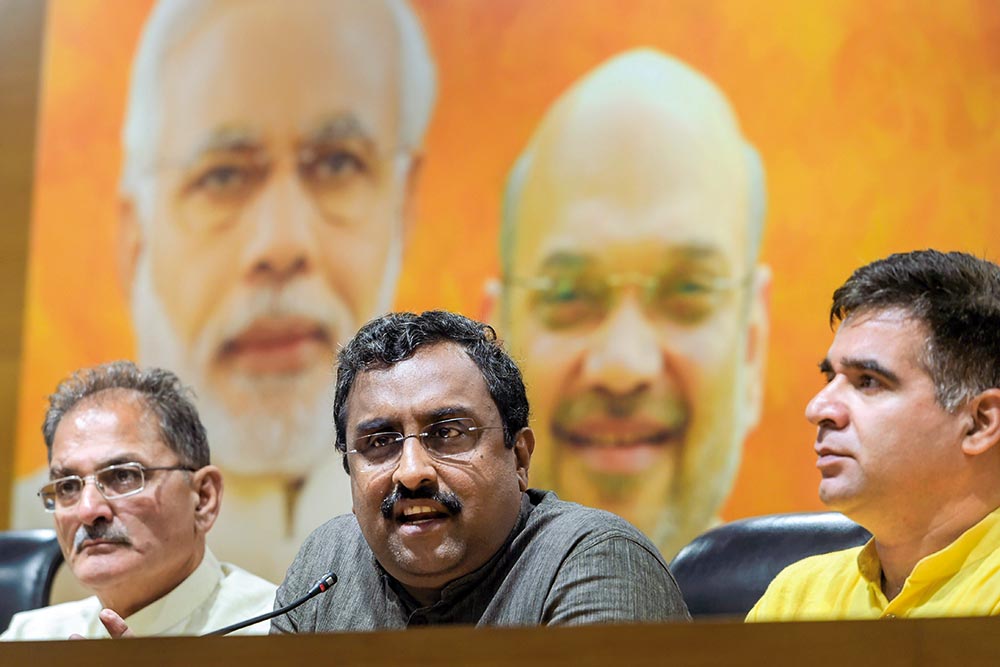 Senior police officials argued that during the ceasefire, 24 militants were killed in the Valley. Out of them, 22 were killed in Kupwara and two in Bandipora, both north Kashmir districts and infiltration and transit routes respectively. As no militants were killed in south Kashmir, the officials said that the extension of the ceasefire would have helped in calming the situation in the volatile region. The big challenge for the government would be to end street protests in South Kashmir that have witnessed a surge in pro-militant protests and a spike in militant recruitment after the killing of Wani.

Another challenge for the central government would be how to deal with sensitive issues around Article 370 and Article 35-A, that grant special status to Jammu and Kashmir. “…We wanted the special status for the state to continue…The alliance (PDP-BJP) was about dialogue, unilateral ceasefire and making sure the PM has an open route to talk to Pakistan. We took back cases against 11,000 youths, we have tried best from our side to continue this alliance,” Mehbooba Mufti said.

Now, with the alliance dismantled, the BJP at the Centre will want to placate its core voter base of hardline nationalists ahead of next year’s general elections. It has all the incentive to move ahead with full force. What that means for Kashmir is anybody’s guess.

By Naseer Ganai in Noupura