Fall Of An Anti-Hero

The next few days will be critical in Narendra Modi's political life. Will he go or stay? 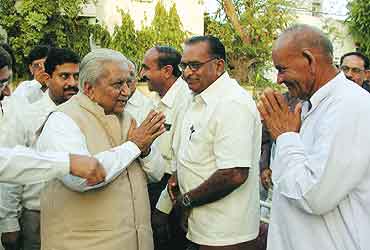 This statement sums up the larger voice of dissidence in Gujarat and is likely to be reflected at the Mumbai meet. Not surprisingly, the dissidents have the support of all the senior state-level leaders, including former chief ministers Keshubhai Patel and Suresh Mehta, former Union minister Kashiram Rana, state bjp chief Rajendrasinh Rana and even former state ministers like Jaynarayan Vyas and Gordhan Jadaphia, who were regarded as being close to Modi not too long ago.

Since Vajpayee's statement, the dissidents have sprung to new life with some even going public with press statements. Says Rana, a national executive member and emerging chief ministerial aspirant: "Mumbai will discuss the leadership issue in Gujarat and pay heed to the concerns of Vajpayeeji. It is a legitimate issue."