The government’s message to the lower judiciary 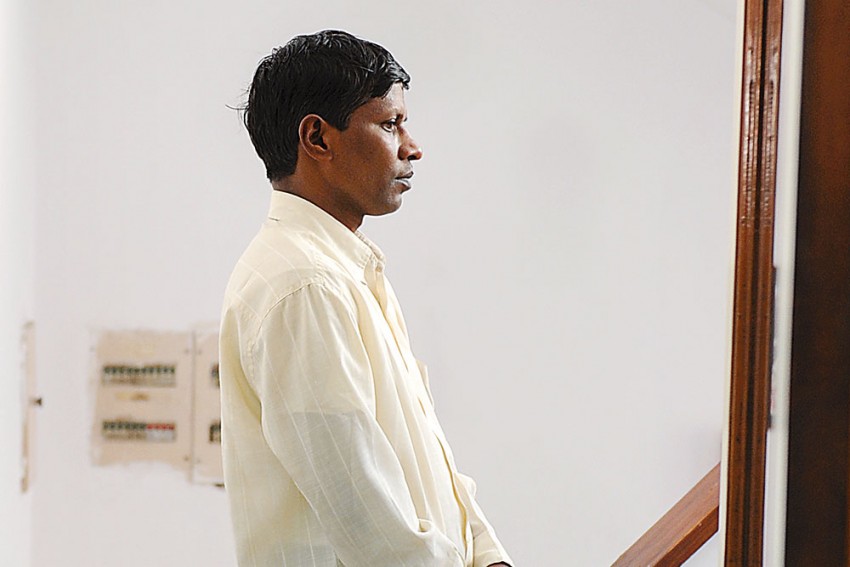 Dismissed In ‘Public Interest’
Gwal goes by the book and pays the price
Photograph by Tribhuvan Tiwari
Yashwant Dhote April 15, 2016 00:00 IST ‘Fall In Line, Or Else...’ 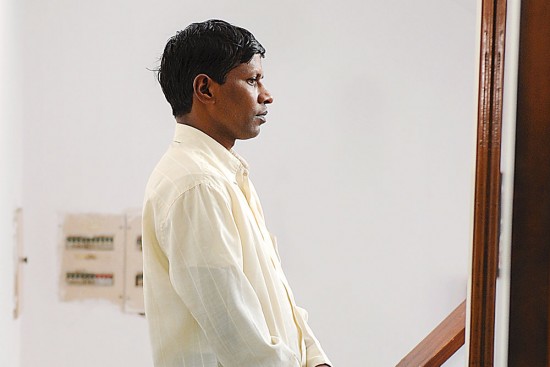 For the legal fraternity in Chhattisgarh, All Fools Day came with a piece of very unfunny news. An “upright but eccentric” judicial officer had been dismissed from service, ostensibly in the pursuit of “public interest”. Prabhakar Gwal was just four months into his stint as additional chief judicial magistrate (ACJM) in state capital Raipur when the marching orders arr­ived following a recommendation of the high court. Even though he confirmed the news, court registrar Arvind Chandel ref­uses to even reveal whether Gwal was served a show-cause notice and given a chance to state his case.

In the same vein, the state govern­ment spokesper­son has so far offe­red only a cryptic rationale, saying “Gwal’s dismissal was in janhit (public interest)”, refusing to elaborate on the charges against him. But colleagues from the legal fraternity suspect the move couldn’t have had nothing to do with how Gwal had never been scared of stepping on the toes of the powerful and the influential. “Jo hua, galat hua,” exc­laims a senior lawyer in Raipur.

What is known, though, is that just bef­ore the dismissal a toll-plaza contractor had filed a complaint accusing Gwal of assaulting him and his men. They were the same people whom the judicial off­icer had earlier accused of misbehaving with him and his wife. Though police is yet to move on Gwal’s complaint, the court lost no time in issuing summons to him and, after hearing the contractor, ordered the police to register a case.

This was not Gwal’s first face-off with someone powerful. During an earlier stint in Bilaspur, he had rubbed BJP minister Amar Agrawal the wrong way by convictng people close to him. That had earned him a quick transfer out of the city.

Even in Raipur, his run-INS with the ruling party continued. In the PMT question-paper leak case, which many in the state compare with the Vyapam scam in Madhya Pradesh, Gwal convic­ted six persons close to the party.

He also refused to accept a closure report submitted by the CBI in its probe into the suicide of IPS officer Rahul Sharma. Gwal wanted the investigation agency to look seriously into the issues raised in Sharma’s suicide note, in which he had allegedly imp­licated several senior officers.

Matters came to a head when Gwal lodged a police complaint against BJP legislator Ramlal Chauhan. He accused Chauhan of threatening him in his chamber on August 7 last year. The MLA was allegedly upset with Gwal for having issued a warning note to an IPS officer accused of tampering with evidence. Chauhan rubbished the allegation and claimed that ACJM had invited him over.

On September 14, the ACJM was transferred to Sukma as the CJM. He was rel­ieved from his duties in Raipur on the same day and asked to vacate his official accommodation, while personal staff allotted to him were immediately withdrawn.

Soon after he joined work in Sukma on September 26, Gwal resumed his blistering, unremitting pace. He sentenced an eng­i­neer to rigorous imprisonment for  being guilty of financial misappropriat­ion. But the same story unfolded: the appellate court granted the man bail without even calling for the case reco­rds. The Sukma collector also called Gwal and warned him that he should not rely on media reports because journalists were prone to indu­lge in blackmail. Gwal rec­orded the conversa-t­ion and it soon went viral on social media.

In Raipur, locals remember the judicial officer bicycling to the court, dressed modestly and in his slippers. He was sharp and knew the finer points of law, say lawyers at the high court. Sanket Thakur of the Aam Aadmi Party tells Outlook, “Gwal’s dismissal is designed to send out the message that the subordinate judiciary should fall in line.” The local media already have—they are too scared, claims Thakur, to even carry his statements on the issue.