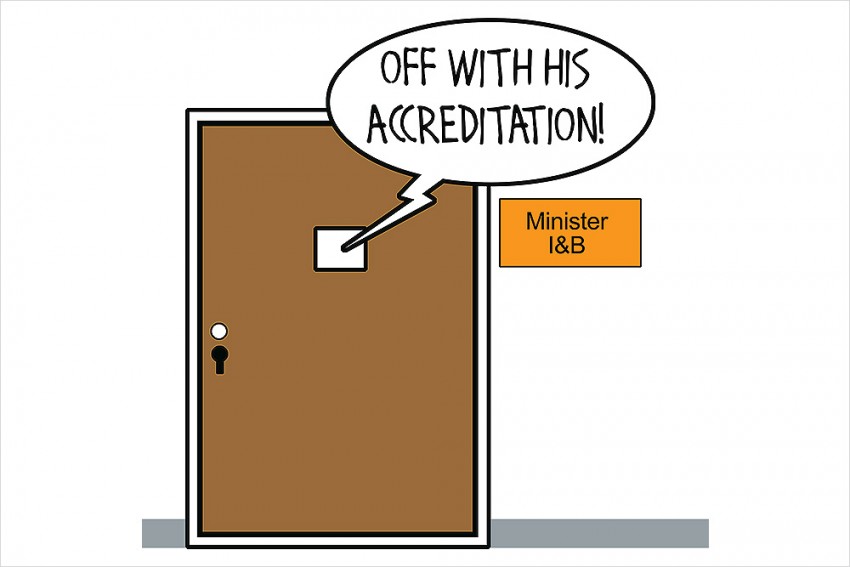 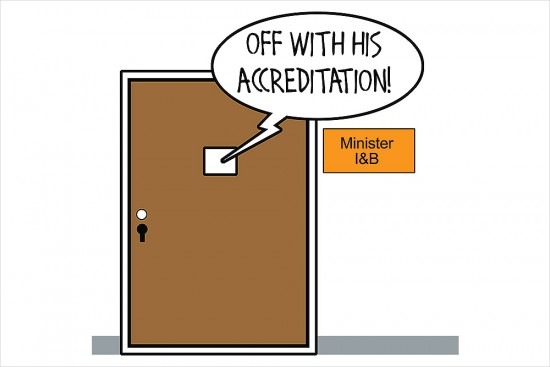 When our honourable minister for Information and Broadcasting (a portfolio held by Indira Gandhi and Inder Kumar Gujral, who went on to bec­ome prime ministers, and also by L.K. Advani who became a deputy prime minister) threw fake news rules at journalists, I couldn’t stop laughing. It is for some reason that the Kaka Nagar-Bapa Nagar babus have been ruling the nation for so long. You need to have a basic understanding of governance to frame rules, however draconian. Or at the very least pray to V.C. Shukla’s ghost and light an incense stick before stepping into that office or setting out to tame the media. Shukla would have told you that the first dictum of media management is to ignore the journalist: a lowly paid, miserable and often crazily idealistic creature.

It is indeed surprising why the I&B ministry chose to issue these rules or guidelines. First of all, fake news producers are primarily news websites and TV channels and not the venerable old print media. We check and double-check and still lament over silly slips, forever. Sure, there are bad eggs everywhere. All media outlets are guilty of publishing, at some point in time, some piece of dubious reportage brought in by unscrupulous reporters and editors in the payroll of one lobbyist or the other. But largely, newspapers and magazines keep off the territory of fake news, particularly the ones that attack individuals. Responsible editors don’t let libellous stuff pass even through the gossip columns.

But news websites call everyone names, confuse between turnover and profit, att­ri­bute mean motives to all hirings and firings, make the Mahatma dance and Nehru frolic and call his sister something else. In fact, the biggest fake news outlets are the right-wing hate factories—TV channels rolling on TRPs, communal, venom-spewing websites and deadly whatsapp news agencies. But the honourable minister merely targeted accredited journalists, who primarily work for the mainstream media. And defying all principles of natural justice they were going to be punished twice, once for 15 days without a hearing and then for another six months after the hearing. Any upper division clerk from RK Puram would have done better than that.

Everyday, the mainstream media gets it from somewhere. The moneyed, entitled news websites call them sold out, the Congress party, which till recently was a wholesale buyer, calls them sold out. State governments with bottomless pockets full of advertisements call them compromised. Now, even the Central government, which is scaring the accredited journalists with punishments and suspensions, terms them enemy no. 1. So, who actually bought these accredited journalists? If all those poor accredited journalists had got all the moolah, why are they still living near the landfills of Delhi? If they have gobbled up all the money to buy flats on flattened garbage dumps, then who actually funds all those TV channels, websites and whatsapp academies run by people with exquisite tastes and accents? Something is definitely not squaring up. Either these slow and stodgy accredited journalists missed out a great opportunity or our government has got it all wrong, as usual. Either way the honourable minister really makes the rest of the Union cabinet look very competent and her leader democratic, particularly when he rescinds her order: a great political opportunity indeed in an election year. Meanwhile, the mystery of the sellout of the Indian media—who sold and who bought—remains unresolved. The good old PIB accreditation card in my wallet suddenly became a lot heavier.

Wanderers On A Winter’s Night