Home  »  Magazine  »  National  » chhattisgarh: adivasis »  Fading Away At The Edges

Fading Away At The Edges

Tribespeople alarmed at decline in their population 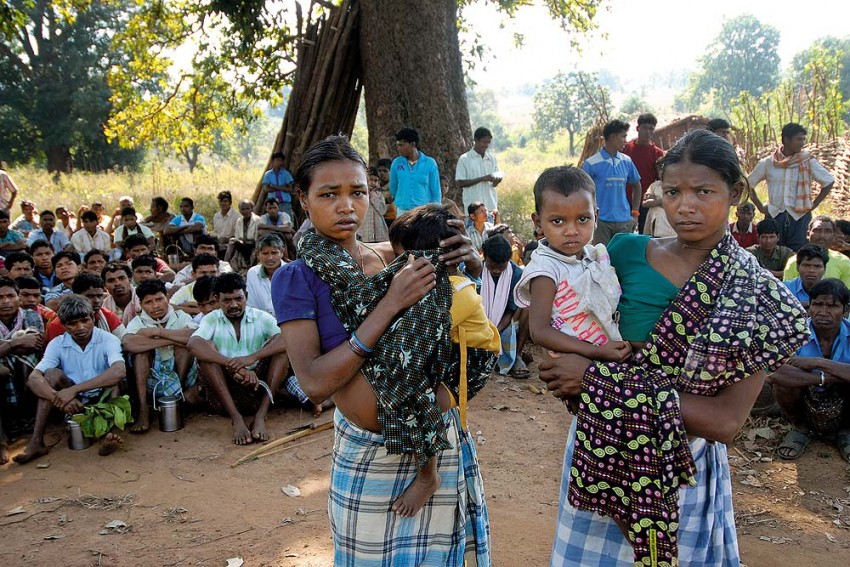 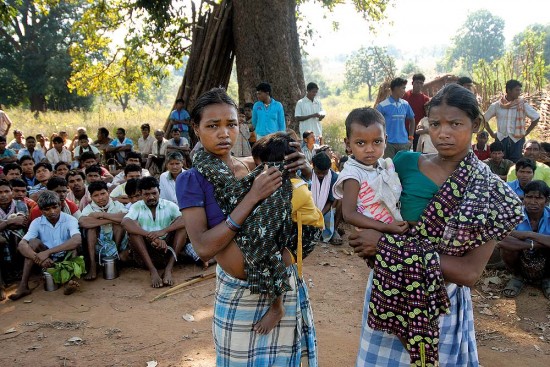 Chief minister Raman Singh projects smug efficiency and good governance in state publicity ads. But a deep and widespread malaise is gnawing at Chhattisgarh from within. Negligence, corruption, large-scale defalcation from funds meant for disbursement—these ills affect not just the health department, blamed for the rec­ent death of 14 women who underwent tubectomies at a sterilisation camp in Bilaspur. Across departments it’s the same story. There’s another ominous fallout, even more shocking perhaps than the camp deaths: the tribal population in the state has declined.

BJP MP Nandkumar Sai raised the question in Parliament: when every section of the population is registering growth, what could be the reason for the decline in the tribal population of Chhattisgarh? Only one of the women who died at the sterilisation camp was a tribal, belonging to the protected Baiga tribe. But more than a hundred tribals turned up to protest the sterilisation camp deaths outside health minister Amar Agarwal’s house. Many tribespeople are angry and nurse an underlying fear that the BJP government will let them dwindle away.

“It’s an irony. The PM goes around with a broom over his Swachch Bharat campaign while an OT in a govt hospital remains dirty.”
Bhupesh Baghel, Chhattisgarh PCC chief

Fear may be running wild among some tribal groups but the reasons are easy to spot. For one, how is it that sterilisation drives cover protected tribes at all, even unwittingly? Then, the deaths raise dist­urbing questions about the BJP’s claims of good governance. The health department, accused in the past for negligence leading to loss of eyesight at eye camps, has been receiving awards, some confer­red by the Centre, for meeting targets. The state had awarded Dr R.K. Gupta­—who led the medical team at the sterilisation camp—a medal on Republic Day this year for conducting 50,000 sterilisations. Ten months on, he has been held responsible for the deaths and sacked. At the time of writing, he is absconding.

The dismissal itself seems like a kneejerk reaction. For principal secretary (health) Dr Alok Shukla had told Out­­l­ook the deaths were caused by tainted antibiotics manufactured by Mahawar Pharma, a local company. Shukla said the company also manufactures rat poison and lab tests had found zinc phosphide, an ingredient of rat poison, in the antibiotic. Four of five rats to which the medicine was administered died. Why then was the doctor sacked?

That question remains unanswered. There are more. In 2012, Mahawar Pharma had been barred from manufacturing medicines for 90 days following complaints about quality control. But its licence was not revoked. The health department had stocks of antibiotics from reputed manufacturers. Why then was medicine supplied to the camp from a local manufacturer? Pharma companies seem to have a free run.

Preliminary inquiries found the operation theatre at the Nemichand Cancer Hospital, Bilaspur, where the camp was held, both dirty and infected. They also suspect the equipment used by the oper­ating team hadn’t been disinfected. The team had operated on 83 women in just three hours. Had the doctors been taking breaks for thorough disinfection between surgeries, experts say, they would have taken some 12 hours.

“So many women could not have died from overdose or reaction. Infection caused by unhygienic conditions could be the cause.”
Dr Archana Chauhan, Gynaecologist

The government is also unable to exp­lain the emphasis on sterilisation, and that too of women, with little or no effort to spread awareness about contraception. While the health secretary pleads that  the women had turned up voluntarily, activists are not convinced and say health workers are under pressure to produce ‘volunteers’ and offer cash incentives by cutting corners on patient facilities. There can be more than a grain of truth in such claims. Reports from Madhya Pradesh are that middlemen are offered a Nano car if they succeeded in bringing 500 women for sterilisation and a fridge if they bring 50.

Most of the money for conducting the camps and disbursing to those who und­ergo the procedure comes from the Centre. At least half of it is being cornered by officials and doctors, activists say. Bedan Bai, who had accompanied her daughter-in-law to the camp, said the department made no arrangement to transport them. Being a midwife, she knew the government paid Rs 1,400 to each woman undergoing the procedure. But her daug­h­­­ter-in-law and two other women from her village, she recalled, were paid Rs 600 each and ordered to leave. Contrary to rules in the National Family Planning Programme, they had to arrange their own transportation.

Political circles are convinced that the deaths are a huge setback for the chief minister. His failure to publicly reprimand the health minister, drop him from his council of ministers or to even change his portfolio is said to be indicative of increasing strain under which he finds himself in the party.

The UPA government, admit his supporters, was far more generous to the state than the present NDA government, which has curtailed allocations for several schemes including procurement of paddy. It almost appears there is a deliberate attempt to embarrass the chief minister, they say, and weaken him.