Sharp observations of life in a metro are engaging as the director toys with the theme of colour and its associations. 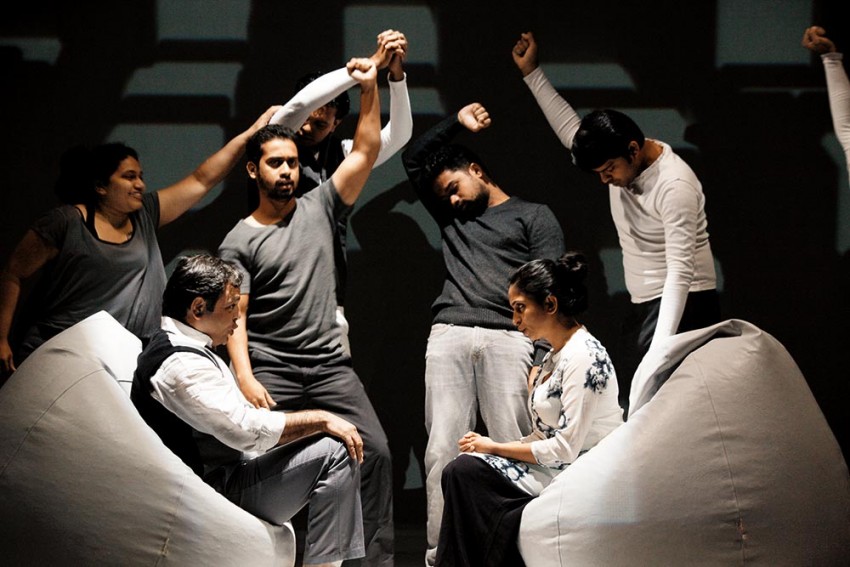 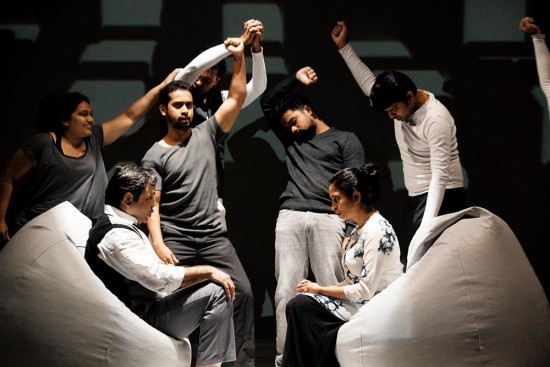 A young urban couple in a ‘cosmopolitan’ apartment block is planning to get their house painted. A simple task, but not in complex socio-political times. There’s Don (Rajkumar Tangade), the house painter from the ‘north’, who wonders how he fits into the uneven structure of the megapolis, a migrant in a sea of poshness, a simpleton with a small-town filmi swagger. Don’s the man of the moment, he of the witty charms and the eternal query, ‘Main hoon kaun’? “What colour do you want the house painted?” he asks. “Green,” says the lady of the house, Mumu (a brilliant Mrinmayee Godbole). “But isn’t that...” trails Don’s instant reaction. We all have our biases; collide they do, and the result isn’t pretty. Mumu is disturbed, her own perception of Don (who now seems creepy) changes colour. Her husband Sagar (Sagar Deshmukh) can’t fathom what the fuss is about. Don is flustered. Then, society members get involved and all hell breaks loose. Staged at the ongoing Bharat Rang Mahotsav at National School of Drama, Mohit Takalkar’s sharp observations of life in a metro are engaging as he toys with the theme of colour and its associations. Ashutosh Potdar’s script moves seamlessly from Marathi to Hindi, Gujarati, English. Language is merely a tool, this could happen to any of us.