Eyes On The Gnats

Citizens from the border towns who lived through the 1965 war recount their experiences.

India’s offensive across the border on September 6, 1965, saw Punjab’s border districts of Amritsar, Firozpur and Gurdaspur in the line of the fire, smoke and confusion. For ordinary people, daily privations, often destruction of home and hearth, were inextricably coupled with pride in their jawans, anguish in the reverses at Khem Karan and elation at the armour-splitting victory in Asal Uttar. Citizens who lived through those 22 days speak to Sakshi Virmani.

“The neighbourhood would shift to an old, big house in the evenings when the shelling was bad, using it as a bunker.”

I had come home from school in the afternoon and was playing in the street with friends when suddenly everything grew dark and hazy. A loud siren ringing through the city rent the air. Then the bombardments started. Firozpur was lucky because the town is flanked by the LoC and shells from across the border would invariably sail over the city, leaving it unharmed. However, we could hear explosions the entire night and on following days. We kids were fascinated by fighter jets that hovered over the city; we would stare at them for hours from our rooftops. In the morning, Pakistani jets would drop their bombs and leave rapidly. There was an old, huge mansion where the whole neighbourhood would shift in the evenings when the shelling was at its worst, using it as a bunker. Later, we all left for Faridkot. There was not much damage done because the base of the war was Khem Karan (then in Amritsar district) and not Firozpur. But the ’71 war wreaked havoc in the city and altered its very structure. 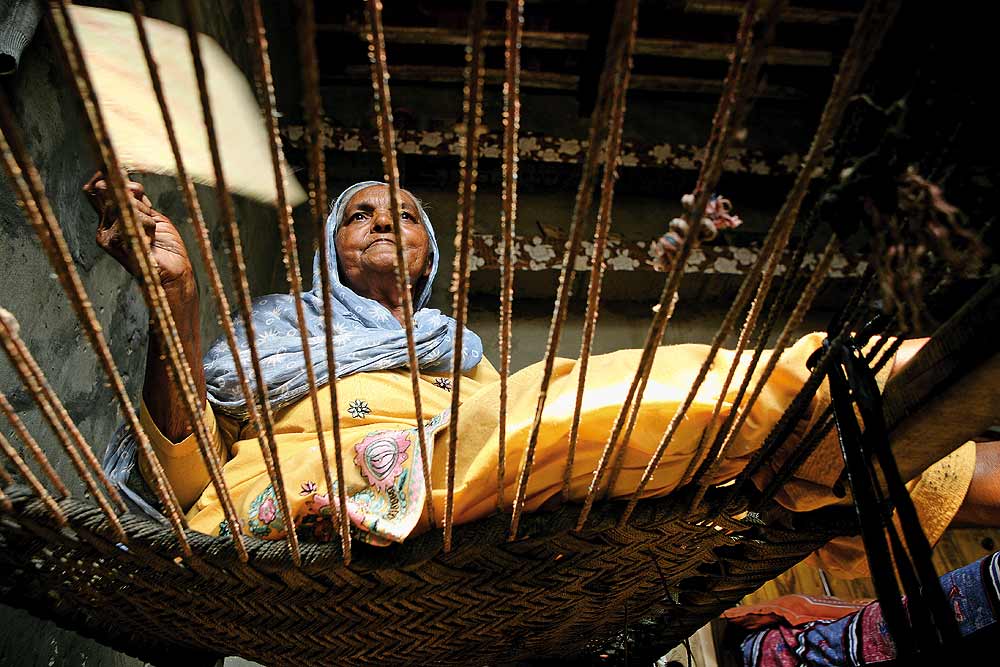 “Our houses burnt down, we stayed in tents. Two bowls, a glass and plate—that was all I was left with.”

I was a newly married woman from Rajoki when the war arrived one dawn in Khem Karan. Bura haal tha. We cooked for the army while preparing to leave that very night. My husband, a driver in Chandigarh, took us all to Amritsar, then Subhaspur, Patti, and thence to Chandigarh after radio announcements of our village being captured by the Pakistanis. In vain did we think we would return soon. When we did, around April ’66, we found the enemy had taken away everything, including my entire dowry—furniture, mattresses, peetal ke bhande (brass utensils)... Kuch bacheya hi nhi (nothing was left). They did not even spare the old belongings. I had brought a transistor from my father’s home—the first in the village; they took that too.

We stayed in tents as our houses were burnt down. There they gave us two bowls, a glass and a plate; that was all I was left with. The government had sanctioned around Rs 20 crore as compensation but nothing of it ever reached us. Six years later, when I had small children, we again struggled in the 1971 war. Indian troops helped us initially, but later refused after Indira Gandhi, who suspected us of being Pakistani spies, imposed ‘law and order’ strictures. 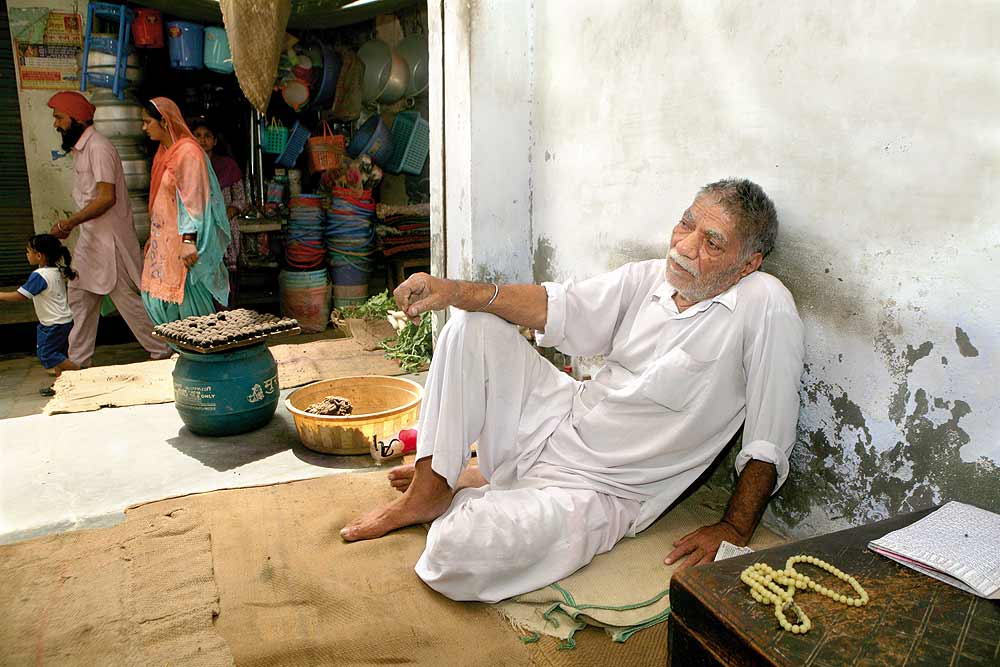 “Our village was destroyed, the Pakistanis looted everything. We won the war, but it consumed my youth.”

Before the firing started, we knew there was some tension near the border. My parents, along with my bhaisahab, boarded the late-night train to Amritsar before the firing began. I am not sure if they were Indian or Pakistani shells, but the loud crumps woke us at 4 am. We left the village to go to Amritsar and then to Hanumangarh (Rajasthan). Barring the clothes on my back, I had nothing—Na khane ke liye kuchh, na pehenne ki liye, na jutti pehen rakhi thi (nothing to eat, to wear, not even shoes).

In ’66, when we returned, nothing was left of our home. My memories of the war have faded but I remember the extreme destruction of our village. Khem Karan was captured and occupied by the Pakistani army and they took with them everything they could find—household items, the goods in our shop, not even a nail was spared to hang clothes. Though some of my relatives never came back, nobody lost their lives. My family, which was well-off, now had to start from scratch. I had to leave my studies and help my father with a new business. My youth was consumed by the war.... My mother’s health deteriorated due to the trauma left by the war; she never recovered fully. We received Rs 500 as compensation from Shastri and the central government but the Punjab government never pitched in. India won the war eventually, but we struggled to survive. Everything went wrong. 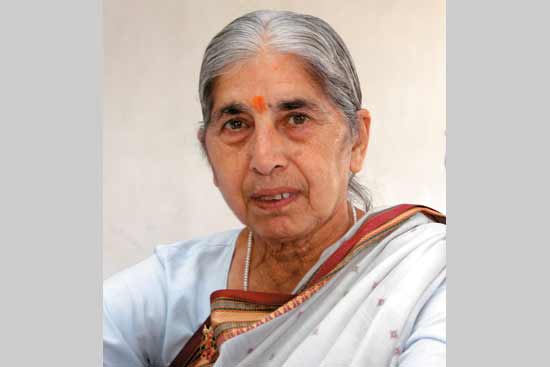 “At war’s end captured enemy tanks were on display. Elders and children alike would get their photos clicked atop them.”

I was a Master’s student at the time; me and my friends, along with women  students from other colleges, volunteered to help the troops and provided them with tea and other eatables. The people of Amritsar were not scared when war broke out; even after state orders they didn’t abandon the city for other secure places. In fact, we all were thrilled by the aerial view of the innumerable fighter jets racing about the sky. Women from Amritsar and neighbouring villages would bring home-cooked food for the military, while the menfolk on their part would volunteer their services for transporting ammunition and other military hardware.

It was the common people’s war too. The victory truly belongs to Lal Bahadur Shastri, who had the support and admiration of the whole country, and to troops from across India who sacrificed all for us. Once the war ended and the enemy’s captured tanks were put on display in the city, people were greatly enthused by those prized souvenirs. Children and elders alike would get their photos clicked atop tanks. However, the war left over a hundred dead in Chheharta, the industrial part of Amritsar. The area was badly damaged in the bombing by the Sabre jets of the Pakistan air force. This was immediately after the announcement of the ceasefire decl­ared by both Pakistan and India at 5 pm on September 23. More than a dozen bodies lay tossed about, torn and bloody, in the marketplace. The scene was utterly terrifying. 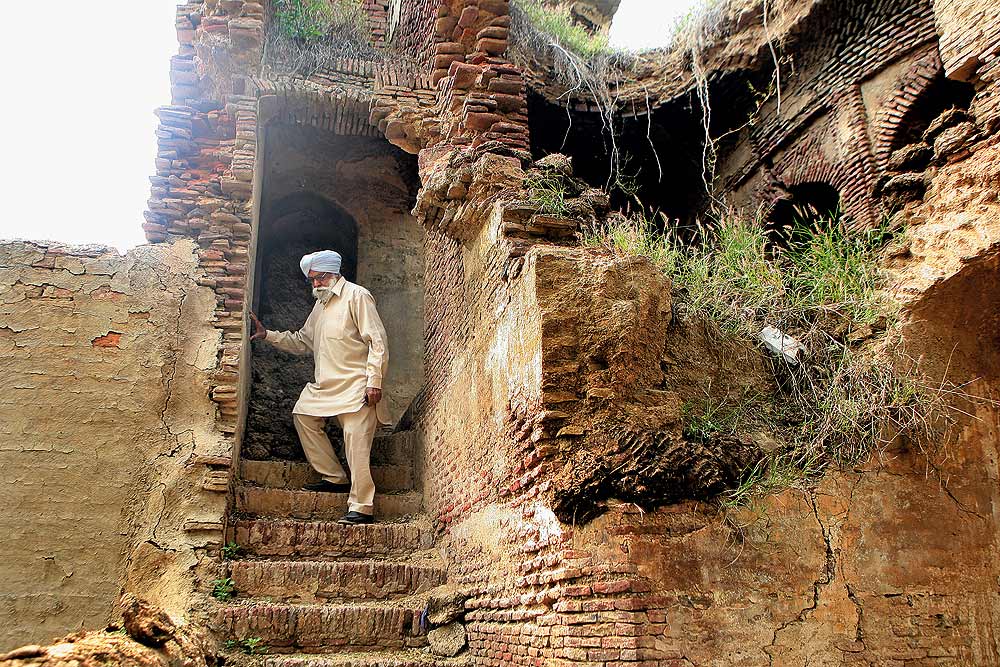 “Instead of crops, the fields were full of corpses of soldiers from both the armies. They lay in heaps....”

Are you asking about the war of ‘65? Badi bhayanak jung si (It was a terrible war)! The credit for putting the pressure back on Pakistan should go to Lal Bahadur Shastri, with the public backing him.... The army did pretty badly till then and India eventually lost 14 villages. At 4.10 am on September 6, 1965, the firing began in Khem Karan. Major Gurucharan Singh and Major Pyara Singh along with their regiment started firing early morning: Dono ne aelan-e Jang kar di (The two declared war).

A night before the firing I had watered the cotton crop in our 40 acres and was resting in the farm when I heard the first bang. I was 35, unmarried and we (the committee members) supplied rations to the Indian army at the border. Not just the municipal committee, but the entire village cooked for the army and helped it before moving away to safer areas. On September 10, the army informed us that our village could fall and we fled to Patti. The September 11 battle was the worst; the entire village was burnt to ashes. In the air bombardments from both sides from early morning till 11 o’clock at night, everything was devastated. The Pakistani brigadier commanding Baloch troops died here. At the intervention of the UN and the Red Cross, the process of exchanging dead bodies started. We returned on April 22, 1966, under the orders of commissio­ner of Jalandhar S.S. Bedi. Nothing remained. Instead of crops all I could find was fields full of corpses from both the armies: Lashaan de abaar lage pae se (The dead lay in heaps). The enemy even dug out roots of mango trees from our orchards, took away manure and cow dung. Some villagers never returned.

We listened to those old oversized rad­ios...Pakistan radio would often put forth fantastic claims—for example, that their army captured Pathankot with their powerful Pattons. Later, our Jalandhar Radio clarified and provided the correct information. In 50 years, nobody from the government has visited Khem Karan and asked survivors how they suffered during the war.