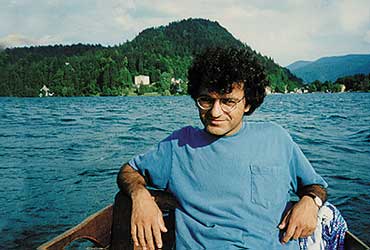 outlookindia.com
-0001-11-30T00:00:00+0553
As it stands now, quantum computing is a completely mystical area of study. No one quite understands it, and no one knows where it will take us. But its payoff may be so enormous, says Prof Umesh Vazirani, who teaches at the University of California at Berkeley, that anyone with the resources is investing heavily in it. Grasping just how quantum computing works, however, relies on some appreciation of quantum physics, an abstract area propounded by Einstein, Heisenberg and others. Vazirani has a simple parable at hand to illustrate the immense power of quantum computing, one he can use when confronted by young schoolchildren or journalists.

"There’s an ancient story—was it Birbal?—where the emperor was so pleased with him that he asked what he could give him," says Vazirani, who wrote the paper that legitimised quantum computing in 1993. "The minister simply asked for rice. He asked for one grain to be placed on the first square of a chess board, two on the second, four on the third, and so on. They start measuring grains of rice and before they get to the end of the chess board, the entire granary is depleted."

At its most basic level, quantum computing relies on this massive exponential power. Except that in a quantum computer, it’s not silicon chips but hydrogen atoms, each of which has a single electron. According to quantum theory, this electron can at any moment be in the grounded state or in an excited state. A grounded electron has a value of zero while an excited electron has a value of one, thus giving a one-atom system a total of two choices, or two bits of information.

"Where things become useful is where you go to a system of a few hundred hydrogen atoms," says, who earned his PhD in computer science from the institution he now teaches at. "If you have 500 hydrogen atoms, classically you’d have 500 bits of information. But this is quantum computing we’re talking about. So you get 2 raised to the power of 500 combinations."

The consequences for information processing would be incalculable. But will it happen? "I do wonder if quantum physics is correct or not," admits the IIT Delhi graduate. "Maybe when we go to build quantum computers we’ll discover it doesn’t work. But if we ended up taking this theory and proving it did not work, it would still be an enormous step for science."