At a time when India was riven with poverty and communal riots, Nehru’s missives to his chief ministers are a model of sagacity, persuasion and statecraft 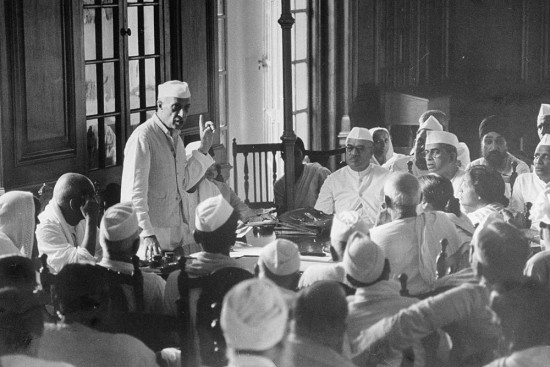 Madhav Khosla’s edited compilation of Jawaharlal Nehru’s Letters to his chief ministers could not have been published at a more opportune moment. Three generations of Indians have grown up taking India’s stability, its unselfconscious diversity, and its democratic freedom for granted. Today, all three of these, its most prized attributes, are under threat. Khosla’s intelligently selected compilation, from out of nearly 300 letters that Nehru wrote over 16 years, is a timely reminder of how much we owe to this one man’s  foresight, sagacity, self-restraint and generosity of spirit.

We do not owe this to him alone. But if Mahatma Gandhi was the father of free India, and Sardar Patel its architect, Nehru was the devoted caregiver who brought their dreams to fruition. For on August 15, 1947 India was only a cartographic entity. The political and econo­mic society that had been created over more than 2,000 years, with its integra­ted economy and market, its clearly defined frontiers, and its single continuum of culture and religion had been torn into not two but three. The task of nursing India through the long years of its neoteny fell upon Nehru alone.