The jamboree that was the Pravasi Bharatiya Divas only shows up that swadeshi be damned, videsh is where middle India wants to be 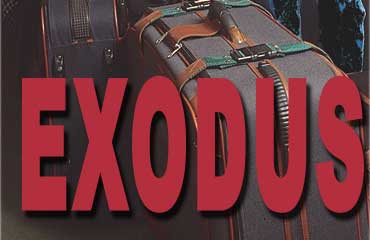 The Third Wave
The biggest one, happening now

246,000
Indians who migrated to the US in the last two years

11,000
Number of Indians who migrated to New Zealand in the last three years

2
India’s rank among countries exporting people to the US. Mexico is number 1.

1
India’s rank among countries exporting students to the US. 90 per cent of them never return.