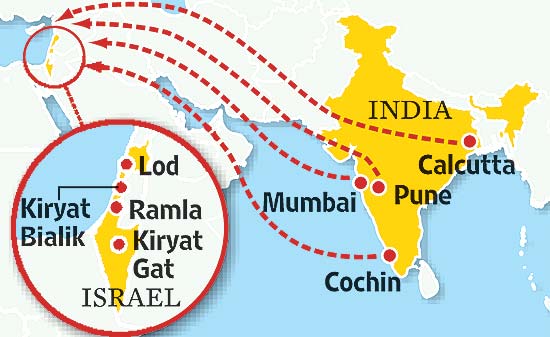 The dwindling Jewish community in India attracts the curiosity of tourists and hungry foreign journalists but the thousands of Indian Jews who came to the Promised Land seem all but absent from the narrative of Israel. Working on the fringes and surviving in obscure towns, they seem unable to break the barriers of class, colour and status. They remain largely invisible in Israel’s big cities, big jobs and big politics and are not card-carrying members of the Israeli elite.