Home  »  Magazine  »  National  » Cover Stories  » the osd »  Everything Is Facilitated

In Delhi’s corridors of power, the minister’s OSD is the go-to man 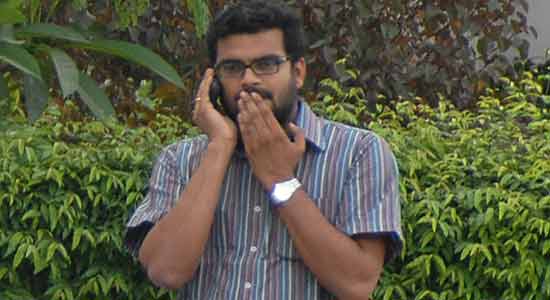 It’s not very often that the all-powerful Appointments Committee of Cabinet (ACC) issues a memorandum not only disapproving the appointment of a particular individual, but adding that the person in question “should not be considered for any appointment of a sensitive nature”. But that’s what it did in 2008, while rejecting the promotion of Nachiketa Kapur—a functionary in the office of the then minister of state for women and child development Renuka Chowdhury—to the post of the minister’s Officer on Special Duty (OSD).

Kapur, a Congress activist, who has since been rehabilitated as deputy director general (protocol & media relations), Commonwealth Games, blames Chowdhury for his problems, and says the extraordinary memorandum was issued by the ministry of personnel and training at her behest, and that he has been “victimised” by her.

Whatever be the truth of the case, it only serves to illustrate the often shadowy and murky relationship that exists between ministers and the relatively anonymous members of their personal staff. Indeed, in the offices that abut ministerial fiefdoms in the labyrinthine corridors of government sit a host of largely faceless men, and some women—private secretaries, additional private secretaries and OSDs—who constitute the personal staff of ministers.

None of these jobs, a senior secretary told Outlook, carry either “authority or responsibility”, whether they are held by IAS/IPS/IFS officers, or those belonging to other government services, or even the political party to which the minister belongs. For that matter, even by people from the minister’s constituency, or from the private sector.

But their proximity to the reins of power means that many of these personal staffers are regarded as “the voice of the minister”. And the more resourceful amongst them wield a great deal of power, on account of the equation they might enjoy with the minister and the secretary of the ministry—or simply by virtue of being part of the system. In short, many of them become “facilitators” for a host of decisions that are taken in the ministry, many of which have financial implications. And that, often, is really the source of the problem.

“The OSD recently bought a whole floor in a block of flats in south Delhi. That should tell you how good the facilitation fees are....”

Walk through the corridors of power, and you will hear a whole range of fascinating stories—and not just about telecom minister A. Raja. Take the case of Mr X, who was OSD to an MoS in UPA 1, and now is OSD to the same person, who has now graduated to being a cabinet minister. “The OSD recently purchased a floor in a block of flats in Vasant Vihar (south Delhi),” says a party source adding, “and a farmhouse. That should tell you how good the facilitation fees are.” Then there is another very senior minister, whose OSD—once a government official, now retired—has been with him through a host of ministerial assignments, taking care of the “financial side” of things.

A third senior minister—whose political career, his colleagues say, has always oiled the wheels of his business interests—has several “assistants” among the people on his personal staff. Then there is the ex-minister’s OSD who was the link between a host of businessmen and government aid flowing to countries in Africa. Finally, there are two very powerful ministers, who have always kept their offices “clean”: one uses his wife and son for all financial matters, the other, very correctly, maintains a separate staff, whom he pays out of his own pocket, and so their appointments don’t require government scrutiny. Most significantly, they are not allowed into ministerial offices. “This,” says a political observer, “minimises damage.” And so the list goes on.

Clearly, none of these private secretaries or OSDs would be able to flourish in the way many of them do but for the patronage of the ministers whose interests they serve in more ways than one. The job description says it all: “Special Duty” can cover a multitude of sins.