Everyone Is A Vaishya

India’s business communities, ever in the forefront, now see their role evolving 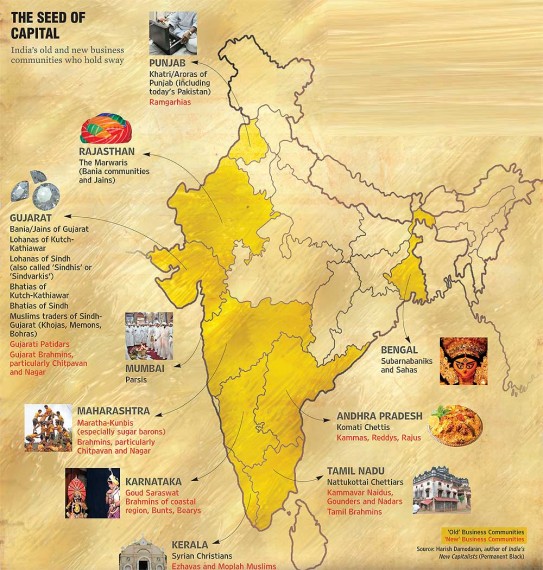 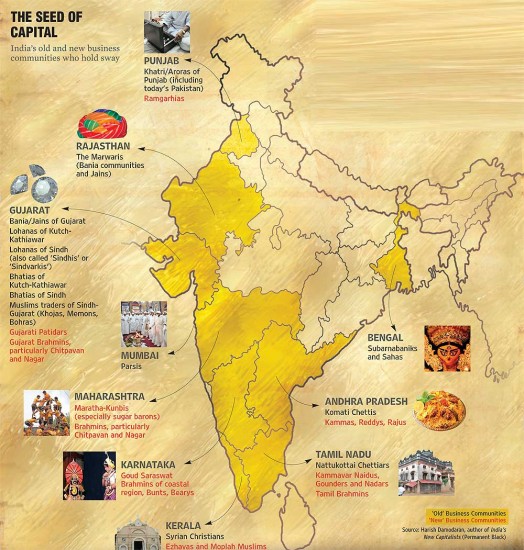 Can we discuss Indian entrepreneurship exclusively in terms of caste and community? Can it be claimed that Indian business has broken loose of its traditional social moorings and is much more inclusive? Are caste and community affiliations still of some consequence, despite the transformed economic context? And, can we be dismissive of the weight of history in shaping the social trajectory of entrepreneurial development in contemporary India? These are key concerns we face in trying to make sense of this complex conundrum of business communities. While there are no short answers, laying bare the broader historical context could throw some light.

The rise of an indigenous entrepreneurial class in pre-independence India, despite the overbearing presence of foreign capital, is exceptional and has few parallels in the rest of the Third World. It was a product of colonial commercialisation during the 19th century. As a colonial economy, India was required to absorb the manufactured goods of Britain as well as meet the ever-growing demand for primary products from British and European industry. The development of commodity markets provided the necessary impetus for the Indian merchant class to grow and flourish. 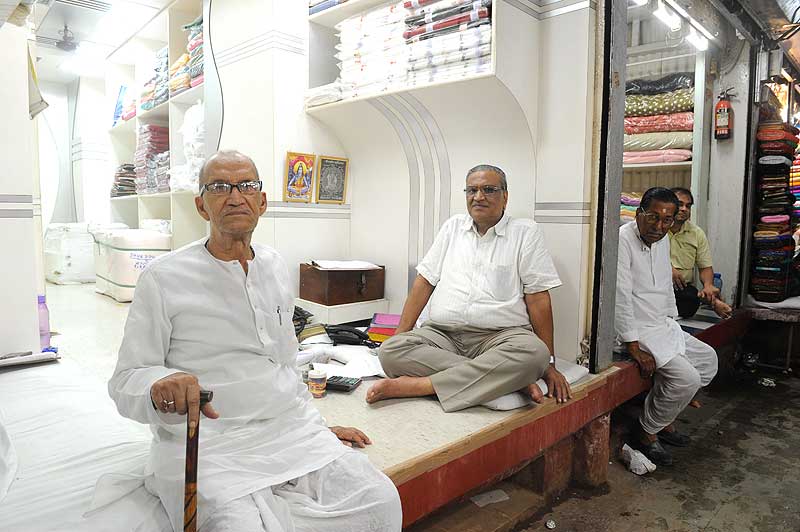 The financing of the export trade in primary products from the hinterland to the ports in principal commodities such as opium, raw cotton and jute, oil seeds, among others—as well as the distribution of the imported manufactured goods from the ports to the hinterland—was almost exclusively in the hands of merchants from distinct business communities, at least as far as the two major nodes of trade—Bombay and Calcutta—were concerned. These communities/ castes included the Parsis, the Gujarati Banias/ Jains, the Marwaris, the Multanis or  Shikarpuris of Sindh, Kutchi Bhatias and the Nattukottai Chettiars.

These communities stood out by virtue of the sheer scale of their commercial and financial operations, extending over large tracts within and outside the country. Their presence in the ‘bazaar’ economy was pronounced and critical in lubricating the wheels of commerce. The intra-caste credit and trade networks which were developed by them greatly facilitated the process of wealth generation within the community.

The ability to mobilise capital with relative ease in a situation of underdeveloped capital markets, access to market intelligence on investment opportunities, and a natural propensity for risk-bearing swung things in favour of the merchants from these traditional communities. It enabled them to move into industry with great alacrity when opportunities arose. The flow of some Parsi and Gujarati Bania capital into textiles, and the brash entry of Marwari capital into a range of consumer industries later, is illustrative of this trend.

In contrast, communities like the Chettiars and the Shikarpuris of Sindh were more conservative. They didn’t find the returns on investment in industry sufficiently alluring and chose to remain largely bankers and traders. The same applies to the Khojas and Memons, the two Muslim business communities from the Gujarat region. Ironically, after some of them shifted to Pakistan following Partition, they had a free run and ended up controlling most of their major industries well till the 1970s. But even among them, it was only a few who could effect the transition from trade to industry.

Business communities, as an organisational structure, were critical in facilitating wealth generation by the family firms in the initial phase of their growth, in a given historical context. But with the growing economic distance between family firms over time, community structures became less relevant. The rise of interest groups in the form of chambers of commerce and trade associations is a manifestation of this trend. Furthermore, these communities were not really similar in their social mores, cultural practices or even business organisations. Yet they seemed to share one common trait: a keen market sensibility.

Even within these business communities, only a few could effect the transition from trader to industrialist.

By 1947, entrepreneurs from across a few traditional business communities were in firm control of the then modern Indian corporate sector. So conspicuous was their control that it even provoked D.R. Gadgil, the noted economist and keen industry watcher, to suggest in 1950 that the uniquely Indian form of entrepreneurship could be best understood only through the prism of business community. Gadgil’s analysis, based on his observations of the more visible nodal centres of commerce and industry, had a pervasive influence on subsequent writings on Indian entrepreneurship. An unfortunate fallout was the exclusion of alternate social routes of entrepreneurship outside the business community frame. The nascent trends of this were discernable as far back as the 1920s. It is only now, following the remarkable growth story of the south, that there is a growing recognition of inter-regional variations in sources of entrepreneurship.

Outside the Bombay-Ahmedabad-Calcutta axis, the entrepreneurial scenario was distinctly different. South India started its journey towards industrialisation later than western/eastern India and remained a poor cousin well till the 1970s. However, the social basis of private investment was more broad-based. The presence of merchant capitalists was not as pronounced as in the north. By choosing to move to greener pastures in the south and Southeast Asia during the late 19th and early 20th centuries as purveyors of credit, the Chettiars—the traditional business community of Tamil Nadu—ended up creating an economic environment in south India (especially in the Tamil region) that allowed other players from non-ethnic and non-commercial castes to venture into commercial enterprise. In short, there were no strict entry barriers like in north India. 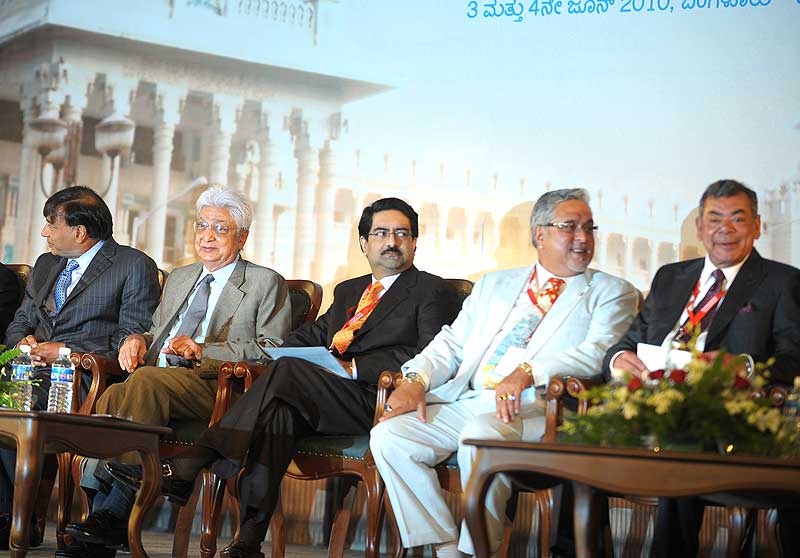 Significantly, commencing roughly from the 1920s, and gaining momentum after independence, sections of prosperous agriculturists/landowners (Kammas, Gounders, Reddys, Rajus, Syrian Christians, Tamil Brahmins and Goud Saraswats), upper echelons of artisanal castes (Kaikollars or Senguntha Mudaliars, Devangas) and other occupational castes from the socially marginal sections of south Indian society (Nadars, Ezhavas, Thiyyas) channelised investment into trade, organised finance and industry. Similarly, there was a movement of Patidar capital into industry and other commercial enterprises in Gujarat and of the Khatris in Punjab.

New opportunities for private investment in the Nehruvian period were mostly seized by traditional business families.

The new opportunities for private investment in the Nehruvian period were mostly seized by business houses from the traditional business communities. By virtue of their sheer size and by using the tough licensing system to their advantage, they created barriers for the entry of new capital, right through the ’70s. The 1980s economic reforms were a game-changer. With the expansion of the market and incomes, the number of claimants seeking licences for setting up industries increased exponentially. Science and technology-driven education and government policy provided a fillip to the new groups who were investing in emerging industries, be it electronics, communications, IT, pharma or biotech. Many of them were first-generation entrepreneurs, though a good number from traditional merchant families have also entered the field. A broadening of the social base of entrepreneurship has been evident from the late 1980s.

The diversified social base has not necessarily resulted in a weakening of caste and community influences. Though it may not have as much meaning as in the past, in myriad new forms it continues to play an important role in shaping the new entrepreneurial initiatives. This is particularly true at the lower and middle levels of enterprise. The recent, exceptional story of the Tiruppur garment cluster and of the ‘Gounder’ enterprise is a good example of the effectiveness of caste as a means for consolidation and weathering competition. The case of the diamond cutting and polishing industry of Surat and of the Palanpuri Jains is broadly illustrative of the same trend.

The recent rise of a nascent entrepreneurial class from the Dalit community, drawn largely from UP, Maharashtra  and Punjab, and the promotion of community-based Dalit chambers of commerce reinforces the continuing importance of caste in a certain historical context. The entry of new entrepreneurs from the Marwari and Bania communities (but operating in a globally competitive market) suggests that the caste dimension operates in far more subtle ways than earlier. The benefit of being part of a traditional business community is the immense advantage in terms of networks and information flows and, above all, of the unquantifiable asset of an inherent business sensibility. The ethical dimension of trust, critically integral to any enterprise, also serves to strengthen caste structures in certain situations.

The import of the reassertion of caste in the wider social and political sphere was not lost on business. Business and politics are often intertwined and mediated through caste affiliation, with each sphere reaping not inconsequential gains from this relationship, as cases in Andhra and Tamil Nadu demonstrate so starkly. While caste and community are no longer central to the story involving large corporate houses, they remain critical to enterprises at the regional level, but in ways very different from the past. The success of certain castes in business in the past has become a beacon for others to use the same route.

(The author, a Chennai-based economic historian, can be reached at ramanmahadevan AT gmail.com)