Every Word For A Price 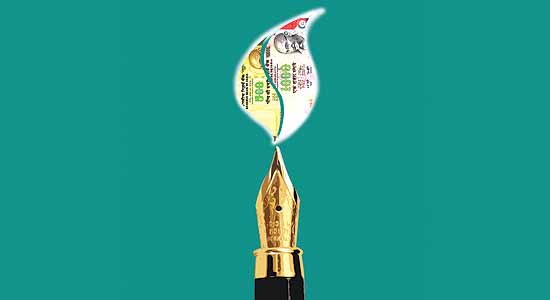 Illustration by Sorit
Neelabh Mishra December 21, 2009 00:00 IST Every Word For A Price

It was during the Gujarat and Uttar Pradesh assembly elections of 2007 that the blatant sale of news space by some Hindi and Gujarati newspapers to political parties and candidates in the form of election coverage packages came to be noticed. As the malpractice became more brazen during the last Lok Sabha elections, the eminent Hindi editor and columnist Prabhash Joshi went into campaign mode and engaged with the issue till his last breath. He and some other veteran journalists petitioned the Press Council of India and the Election Commission against this media misdemeanour because political parties and candidates too become guilty of electoral malpractice when they disguise the expenditure made on campaign ads in newspapers as news reporting. Needless to say, these package deals were unaccounted for and paid for in cash. Senior functionaries and so-called war rooms of political parties seem to have  monitored the activity during the campaign period. In fact, in one such ‘war room’ during the Lok Sabha elections, a senior political leader mocked me on the ethics of the media by thrusting under my eyes a full front page of news coverage bought by his party. This leader said they were left with no option as the newspapers insisted on such deals and denied even minimum coverage to those who refused to buy the packages. But there were politicians like Lalji Tandon of the BJP and Mohan Singh of the Samajwadi Party who went on record with their allegations on this count against specific newspapers.

The specific newspapers mentioned and documented in this regard are nearly all language ones—Hindi, Punjabi, Gujarati and Marathi. Does it mean that the Indian language media is the inventor of this trendy irregularity? No. As everybody in the trade remembers, the leading light amongst English dailies launched a scheme to sell editorial space to corporate and socialite buyers. The daily maintained this was no malpractice as the transactions were accounted for and the published items were  attributed. Yet the reader was completely deceived—as in the case of recent election packages in language dailies—because the legend was kept so minuscule as to render the ‘MN’ of Medianet nearly indistinguishable from the ‘NN’ of News Network. And of course, the management never bothered to tell the reader what ‘MN’  or Medianet really stood for. A fig leaf of deception. The language media walked this beaten path of the English brand leaders rather more crudely during the recent elections. Like a Madhu Koda or Shibu Soren or Laloo Yadav or Mayawati negotiating the political kajal ki kothri (a proverbial soot-smeared room out of which it’s impossible to come out unsullied) more clumsily than their supposedly more sophisticated peers.

Why this crudeness? Obviously because of the hurry to catch up with the more materially successful sophisticated Joneses of the trade. Despite the larger readership reach of language newspapers in India, look at the imbalance of earning they suffer from vis-a-vis their English counterparts. The readership of Dainik Jagran, the largest Hindi daily, is more than double that of the largest English daily, The Times of India. But ToI’s revenue of nearly Rs 5,000 crore is more than thrice Jagran’s approximately Rs 1,400 crore. Such a difference shows proportionately both in the quantum and rate of advertisements of large Hindi and English dailies. Any back-of-the-envelope calculation will place the average earning of an English newspaper at least three times more than a Hindi daily of similar standing and circulation.

The corporate clout of English newspapers, which depends on their turnovers and the purchasing power of their readers, is far ahead of the language ones. But the language newspapers beat the English ones hollow in political clout because of their much larger circulation, which matters more in the game of numbers that is democracy. During the elections, the language media saw an opportunity to lessen the gap in corporate earnings vis-a-vis the English media by their political clout. Political leaders, too, sought to pander to the language media much more than the English media during the elections. The crude hurry inherent in this phenomenon caused more din.

To point this out is not to condone corruption. Outrage should be the response to any corruption, but in the era of liberalisation, corporate transactions are questioned less and less, irrespective of whether they are ethical or unethical. Because of this, such questionable practices by leaders in English media as acquiring equities in lieu of advertisements, which is likely to colour their news reporting about the companies they acquire shares in, escape comment. A misuse of corporate clout, however sophisticated, is as irreprehensible as a misuse of political clout.

News You Can Abuse