Madhya Pradesh Congress chief Kamal Nath tells Outlook that the party is on its way to a historic victory in the state. 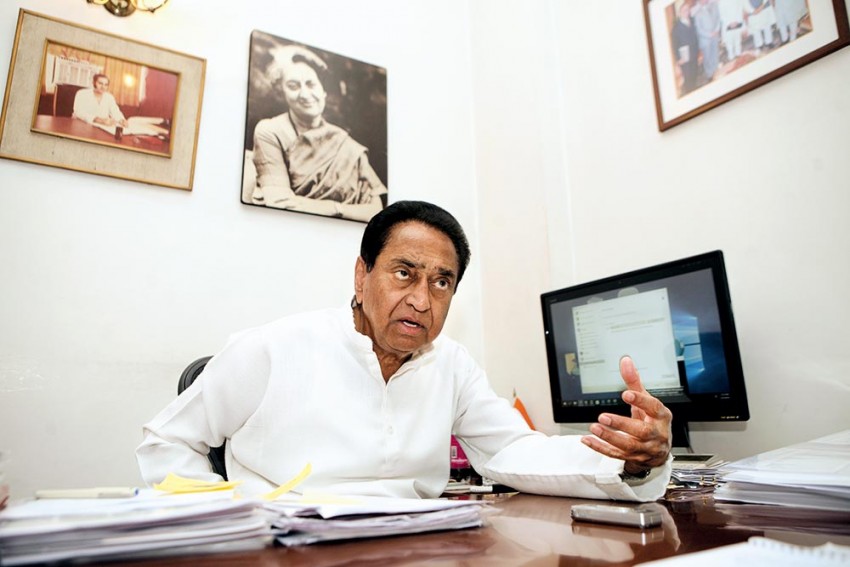 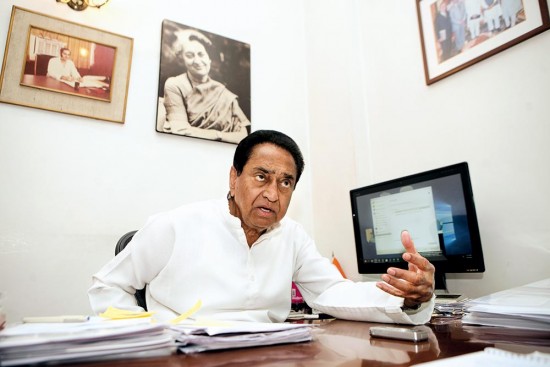 Madhya Pradesh Congress chief Kamal Nath has frequently been endowed with epithets such as ‘doer’ and ‘go-getter’ in his political career going back over four decades. He is the seniormost member of the Lok Sabha, having represented Chhindwara constituency in Madhya Pradesh nine times since 1980. On his hands is the unenviable task of wresting Madhya Pradesh from the BJP—the first time he is leading his party’s campaign in a state election. It is a huge challenge to dislodge Shivraj Singh Chouhan from the CM’s post, which he has held for the past 15 years, while also contending with the challenge from within the Congress—after all, it was the young Scindia scion, Jyotiraditya, who was being groomed for a leadership role in the state. At the same time, this is perhaps the best chance to defeat the BJP in a direct one-to-one fight, with anti-incumbency at an all-time high. That is why Madhya Pradesh is seen as the true marker to gauge the public mood in the run-up to the 2019 Lok Sabha polls.

If the BJP manages to retain the state, it will strengthen the party’s muscle, but if Congress manages to wrestle the state away, it will stride into 2019 with far greater confidence. Replete with Hindutva symbolism, the campaign on the ground has already become belligerent with allegedly doctored videos, charges and counter-charges. The Congress ‘Vachan Patra’ (manifesto) has a distinct saffron stamp as it talks of ‘gauraksha’, developing Ram Gaman Path in Chitrakoot and enacting the ‘Maa Narmada Nyas Adhiniyam’ for conservation of the river.

Kamal Nath is not apologetic about his party using Hindutva to counter the BJP narrative. He tells Bhavna Vij-Aurora in an interview that the BJP does not have “distributorship of Hinduism” and the Congress is on its way to a historic victory in the state. Excerpts:

Among all the election-bound states, Madhya Pradesh is seen to be most crucial as it is a direct contest and a weathercock for the 2019 Lok Sabha elections. How do you see the prospects of the Congress?

“The Congress is a deeply ­religious party and has always been. It is just that we don’t use religion as a ­political ploy.”

I am very confident that we are going to win. Every section of the society in the state is in distress. Whether it’s the farmers, the youth, labourers, women and traders, all are unhappy with the Shivraj Singh Chouhan government. The chief minister has proved to be a ‘ghoshnaveer’, one who only makes announcements and promises without fulfilling them. The people have seen through the BJP’s false promises. They all feel cheated by the Chouhan government.

In your manifesto, you have talked about gaushalas (cow shelters) in each panchayat, Ram Gaman Path, promotion of cow urine and so on. There doesn’t seem to be much difference between your ‘Vachan Patra’ and the BJP’s ‘Drishti Patra’. BJP leaders claim that the Congress is trying to imitate the BJP’s Hindutva agenda. Why should people vote for the imitation instead of the original, they ask.

The BJP has become jittery and cannot come to terms with the kind of response we are getting in the state. They don’t have the distributorship of Hinduism. The Congress is a deeply religious party and has always been. It is just that we don’t use religion as a political ploy.

What is the Congress’s stand on Ram mandir? Do you think a law needs to be enacted for construction of the temple in Ayodhya?

Our stand on Ram mandir is very clear. We will abide by the Supreme Court judgement whenever it comes. The BJP just pays lip service to Ram mandir in election season. Whenever there are any elections, especially when they fear losing, they revive the Ram mandir issue. What were they doing for the past four-and-a-half years? Why is it that they think of Ram mandir only before elections?

A video of your interaction with a predominantly Muslim gathering went viral as the BJP tried to give a twist to what you had said. (Kamal Nath is heard saying that the RSS is asking people to vote for Hindu lion, that is Narendra Modi. And if they want to vote for a Muslim, then vote for the Congress. He tells them to be cautious and adds that they will deal with ‘them’ later. BJP claimed ‘them’ meant Hindus and not the BJP.) Do you think an attempt is being made to polarise the electorate?

Absolutely! I stand by what I said. I have not said anything wrong. I am only asking them to be cautious and keep calm. I have appealed for maintaining peace. I have asked them to be careful of those who are trying to divide the society for their own interests. What is wrong in it? The Congress party will not let such persons succeed in politics.

The Congress seems to be in yet ano­ther controversy with the BJP saying you want to ban the organisation.…

The BJP is trying to divert attention from the real issues of public welfare by stoking the RSS issue. Nowhere have we said that we intend to ban the RSS. The manifesto only mentions that holding shakhas in government premises will be banned.

“No number of RSS cadre can change the minds of the ­voters who feel cheated by the BJP and have decided to throw it out.”

The RSS cadre are deeply rooted in the state. Can the Congress workers match the outreach of the RSS and the BJP organisation on the ground?

No number of RSS cadre can help the BJP. They cannot change the minds of the voters who have decided to throw out the BJP. They are feeling cheated by the BJP.

The issue of Congress leadership in the state comes up time and again. Who is going to be the chief minister if the party wins?

I don’t know why this question is asked only to the Congress. Did the BJP have a CM face in Uttar Pradesh? Did they announce a CM candidate in Tripura? Let the elections happen. The party will decide after that.

Is the power struggle between you and Jyotiraditya Scindia settled?

There was no power struggle in the Congress. We are all working in harm­ony to ensure the BJP’s defeat. Every­one’s role is clearly defined. The power struggle was only in the media.

You have an aura of invincibility as the man who has won the most elections. Do you think your winning streak will continue?

That’s why I understand elections like nobody else. We are definitely winning. I can sense it.