‘Every Government Is More Corrupt Than The Last’

The ruling dispensation has often been embarrassed by the investigations the Karnataka Lokayukta launched. 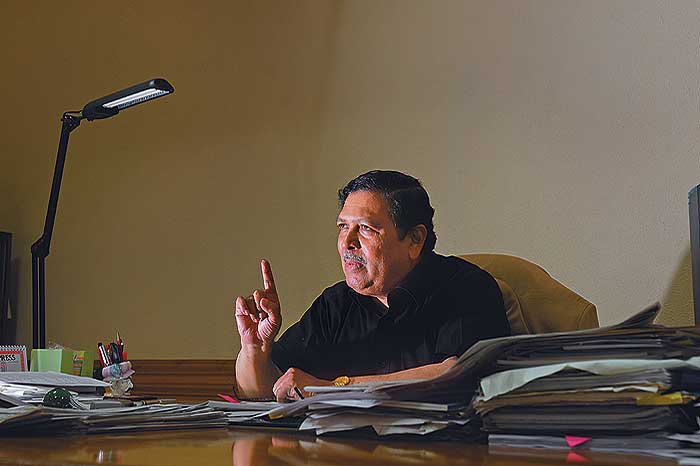 Nilotpal Baruah
Outlook October 25, 2010 00:00 IST ‘Every Government Is More Corrupt Than The Last’

Karnataka Lokayukta Justice N. Santosh Hegde has been at the forefront of the fight against corruption. The ruling dispensation has often been embarrassed by the investigations he launched. Justice Hegde spoke to Outlook. Excerpts:

What are your thoughts on the recent developments leading to the trust vote?

Everything that has happened is a shame to democracy.

How do you rate this government on a scale of corruption?

The Karnataka Industrial Areas Development Board (KIADB) scam is the latest that the Lokayukta unearthed. What does it indicate?

It indicates that there is a total misuse of authority by people in power. This scam goes back to the previous governments as well, but has made significant progress under this regime. There is a systematic malpractice in acquiring lands for the KIADB. The system was that you identify government land, create a person who owned it or a person to whom it was granted some decades back, alter revenue records and then get a  benami person or a relative of those in power to purchase it. When the land is later acquired by the KIADB the person gets a huge compensation for land he never owned. It is a case of clear-cut fraud. In one such case, we found that a BJP minister and his son were involved. We found this has been going on since 2005.

How did the BJP minister and his son plead with you?

It was a monologue. He explained that he was a self-made man. He said that it was his profession to do land deals and the one in which he was cornered was another normal transaction. He said justice should be done to him.

What has been the attitude of this government to this exposure of corruption?

The attitude was clear when the denotification scam (in which the CM and his family were accused) came to light recently. Their defence was past regimes too did the same.

Coming to the illegal mining issue, how far have you progressed in your probe of the missing ore from the Belekere port in Karwar?

We have made good progress. To a large extent we have been able to track where the ore went. We know which company sent it to which place, what quantity was sent, and at what value.