Who after Sachin can be both textbook and avant garde? 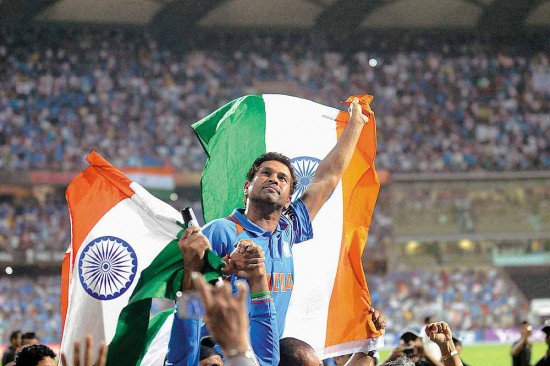 When it finally happens, there is shock, consternation, sadness, and perhaps even relief. Sachin Tendulkar has chosen his time well. Will anybody ever play 200 Test matches again? Or score 100 international centuries, 51 of them in Tests? After 24 years (his 200th Test will be played next month on the anniversary of his first), this is no longer about a sportsman retiring from the game. For his goodbye is a reminder of our own mortality.

As long as Sachin was active, we could tell ourselves that we remained young. We could continue to bookmark our lives by his achievements. Now, Indian cricket will be div­ided into two eras—BT and AT, before and after Tendulkar.

Few players in history give their name to an era. The Grace era, the Bradman era, the Sobers era, the Tendulkar era. It was the golden era of Indian cricket, when the country went to No. 1 in Tests and won the World Cup. It was the era in which India won more Tests (76) than they lost (60). Before Sachin, in comparison, the results were skewed 43 won to 89 lost.