‘Even If I Hadn’t Scored, Someone From My Team Would Have’

Jaekson Singh Thounaojam,16, who made history when he became the first Indian to score a goal at the FIFA Under-17 World Cup against Columbia, certainly didn't lead an easy life... 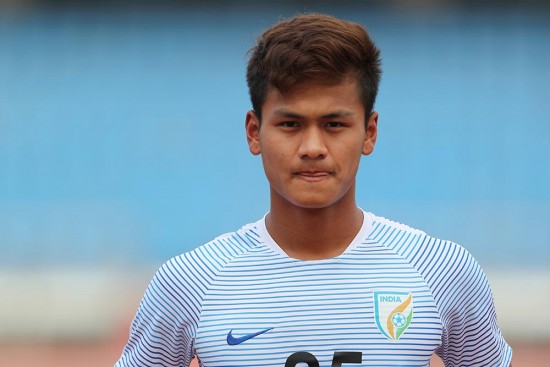 Jaekson Singh Thounaojam,16, made history when he became the first Indian to score a goal at the FIFA Under-17 World Cup against Colombia. But his journey has not been easy. Jeakson’s father, a policeman with the Manipur Police and a football coach, had a stroke in 2015 and had to quit the job. His mother sells vegetables to make ends meet. They were both there in Delhi along with their elder son to watch their soccer star son become the toast of the country. Qaiser Mohammad Ali spoke to Jeakson after India crashed out of the first round of the World Cup. Excerpts from the interview:

A few days have passed since you scored India’s first-ever goal in the Under-17 World Cup. Has it sunk in yet?