Even His Epaulette Weighs Heavy

Gen Bajwa may be less of a military triumphalist, but, with his limited manoeuvrability before Islamists, he’ll continue to clean his yard and pet the useful jehadis. 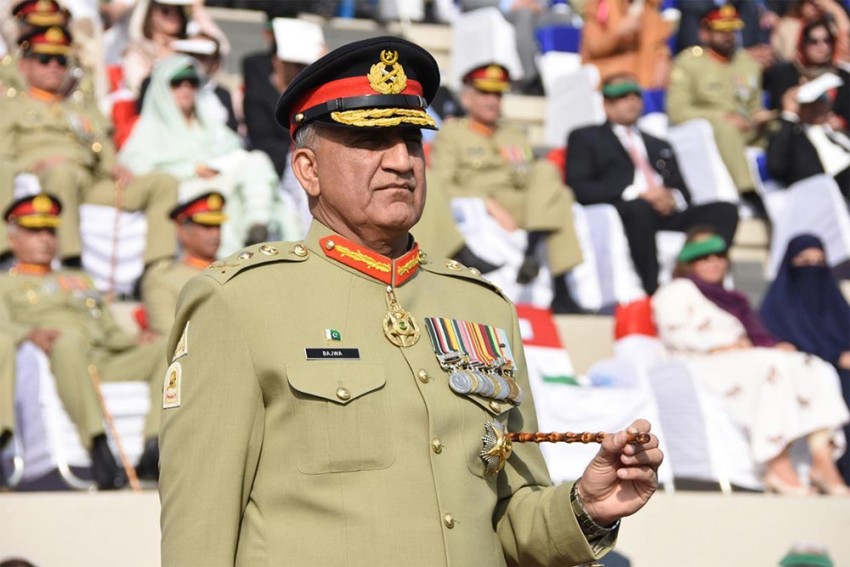 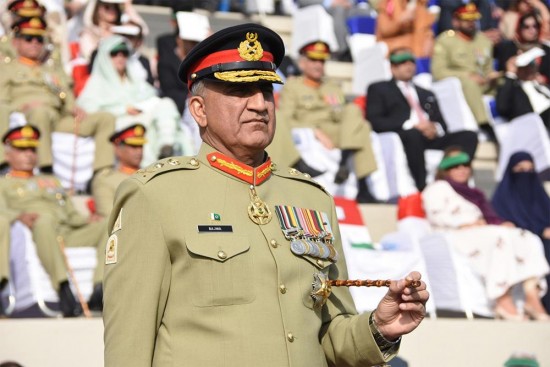 Some men in uniform are born with destiny and others with a burden. No Napoleon here, Pakistan’s new army chief, General Qamar Javed Bajwa, belongs to the latter category. A pending war on terror, a changing geo-political environment and a tense domestic environment—there is much that the new commander has to cater to.

Notwithstanding his professional skills, Gen Bajwa is not in an enviable position. Besides the multiple external challenges, he has to come to terms with the domestic environment and his own vulnerabilities. The biggest test is to perhaps to bridge the gap between his institution and a civilian leadership that is feeling triumphant on being able to make its own choice for the army chief, rather than select the men Gen Sharif wanted. Surely, Nawaz Sharif deserves some brownie points for surviving the pressure much talked about in Islamabad, but he would have to balance his excitement with a lot of caution in not over-stepping vis-a-vis his political opponents, or in crossing the army’s threshold as far as major changes in foreign and security policy are concerned. Notwithstanding that he may not get displaced due to the Panama leaks court hearing, the government’s reputation is tarnished.

PM Sharif should remember that Gen Bajwa can’t ignore the organisational ethos and memory that represent core beliefs of his men.

According to popular narrative, the current PML-N government is corrupt. Gen Bajwa’s selection may be read domestically by the PML-N as giving it better options in the upcoming 2018 elections, with lesser fear of certain men in the army using their influence, most of whom were removed from their positions by the new chief. But the prime minister ought not to overestimate his options. Nawaz Sharif must not lose sight of the reality that the army chief may be the most powerful man in the organisation, but he cannot afford to be braver than the organisational ethos or institutional memory that represents core beliefs of his men. The top general may try to indoctrinate his men in a certain way, as we say in the case of Generals Zia and Musharraf, but he cannot ignore popular opinion amongst his men—colonels and above—that is brought to him through an institutional process. There is an institutional memory which, according to the scholar Dr Aqil Shah, is transmitted through years of training and indoctrination. Even the seemingly liberal general can no longer shift from the first to the top gear as far as core values are concerned.

These values were cemented during the last three years, which is the new general’s inheritance and one of his formidable challenges. Can Gen Bajwa afford to appear weaker or less robust as compared to Gen Sharif, who did not leave any stone unturned in enhancing the military’s institutional reputation and its self-perception of absolute and unquestionable power? There is certainly a need to harness corruption and improve governance in the country, but the previous general popularised the impression amongst his men and many amongst the new generation that perhaps the military is the most upright organisation to undertake the task. In the process of political competition the army’s public relations machinery introduced a new discourse of nationalism. Such inorganic patriotism rampant in Pakistan (and India as well) tends to tie security of the state with a particular institutional label. In Pakistan, this means the military that Gen Bajwa inherited is too politically and socially powerful to be questioned. This was apparent from Gen (retd) Pervez Musharraf’s recent interview to a local channel in which he claimed that Gen Raheel Sharif had pressured the higher judiciary in his favour and to let him off the hook. This indicates not just absolute power but also an institutional willingness to protect its interests, including the officer cadre, especially those at top.

This incident ties into the issue of Raheel Sharif’s legacy of operating without any legal or constitutional constraints over his power, and building himself a reputation that made him look nothing short of a messiah. Notwithstanding how his popularity campaign was run, this legacy is in itself a daunting challenge for the successor General Bajwa, especially if the civilian government is viewed as making any questionable moves. Not that he would abandon the proverbial barracks, but that the relationship could turn sour and unpleasant very quickly. It is also worth noting that despite bringing about changes in the command of both the ISI and the ISPR (Inter-Services Public Relations), it may be too early to assume that a covert publicity campaign may not be launched against the PML-N, especially if its leadership falters. The issue with a politicised military always is that it could be tempted to run its own show based on how it calculates institutional and national interests.

The trickiest area pertains to foreign policy. While a growing estrangement with Washington and developing stronger ties with China and, through it, with Russia, are a foregone conclusion on which both civil and military find themselves on the same page for very different reasons, links with India are the dividing line. There continues to be suspicion of the political leadership for trying to change the course of geo-politics, which is fundamental to the military’s existence. It is worth mentioning that irrespective of the surprise visit to Lahore, an India under Narendra Modi is increasingly a difficult product to sell in Islamabad’s corridors of power. Even the general public may not be enthused with images of increased domestic chaos and hostility streaming from across the border. With a major reshuffle of his immediate team, Gen Bajwa will remain focused on thwarting Indian pressure at the LoC that, in any case, did not bring any dividends to New Delhi. At a larger scale, the India-US partnership is viewed as a natural counter to the emerging China-Russia bloc in which Pakistan sees a role for itself. India is perceived as posing a threat to CPEC, which would have to be protected at all costs through not falling in the trap of what is considered as a meaningless dialogue, or abandoning particular jehadi groups that are willing to help rather than harm the state. Not surprisingly, Hafiz Saeed of LeT received a glowing reception on his arrival in Quetta recently.

Gen Bajwa may not be able to play a significant role in diminishing the part played by these non-state actors, who are already well integrated in the state apparatus. So, despite that the army chief and his new DG ISI, who allegedly also belongs to another minority sect, are liberal men keen to fight the menace of violent extremism, the project will remain confined to stopping terrorism rather than rooting out radicalism. The operation Zarb-e-Azab that these generals have inherited is not over yet, especially if they are willing to hear voices from the ground complaining about incre­ased threats from the Taliban. The approach, thus far, is to tighten border control with Afghanistan, which is viewed as India’s partner-in-crime against Pakistan.

Gen Bajwa will not deviate from the existing approach of partly cleaning his backyard, but allowing state-friendly jehadi groups to continue as they play the role of a cost-eff­ective bulwark against perceived external bel­­­­­­l­­igerence. It won’t be an easy task, since the unfolding situation in Syria will create cha­­llenges for him at home. Many religi­ous-militant groups like the Jamaat-e-Islami and Jaish-e-Moh­ammed are angered by Russia’s role in Syria.

But an even more problematic aspect relates to the difficulty that a general might encounter in controlling internal demons—he was accused of being an Ahmadiya before he even took the oath of office. This particular sect was declared non-Muslim by the state in 1974 and any connection is deemed suspicious. Already, Gen Bajwa seems to be bending backwards to prove he is a good Muslim, which he may surely be. But the issue here is of his limited manoeuvrability versus the Islamists or even those amongst his men that would like to keep a careful watch over him.

Gen Bajwa will be focused on thwarting Indian presssure on LoC. India is also seen as posing a threat to the CPEC, which must be protected.

While many sources believe that such rumour was spread by the civilian government, others think that the information regarding the general’s linkage, even though remote, with the Ahmadiyas, cannot be without the involvement of disgruntled elements within his organisation. This could just be a matter of competition for selection to the top post or something deeper. The years of politicisation have laid the military more bare than its new master could imagine. To start the process of a conscious accommodation by both the civil and military leadership and defining their lines is the kind of legacy one hopes that the new chief invests in. The rest can really take care of itself.

(The writer is an independent social scientist based in Islamabad and author of Military Inc: Inside Pakistan’s Military Economy.)