Eugene’s Hubby, If I May Say

In our times when fact is stranger than fiction, here’s one who can take honest criticism as happily as he can dispense it 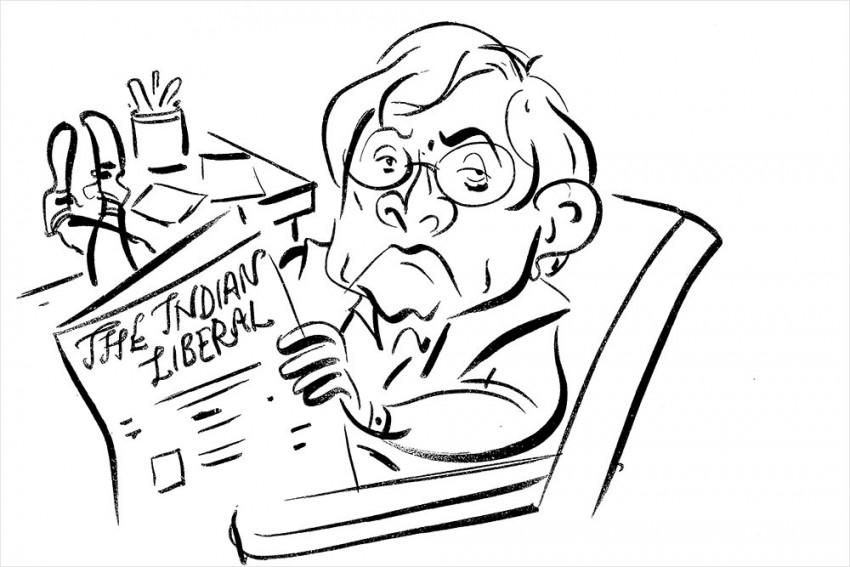 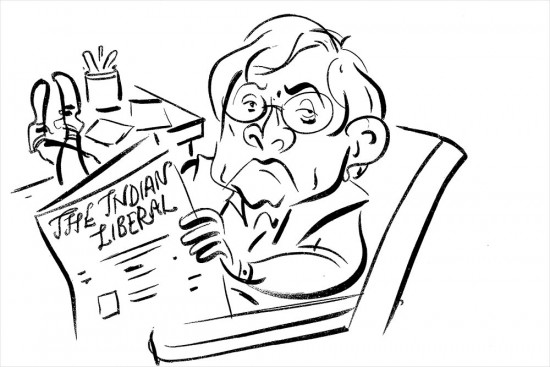 Imagine a Ramachandra Guha born not in 1958 but in 1858. On his 60th birthday in 1918, Professor Guha, recently retired from Fergusson College, Poona, is known for combining the following five roles:

1. As the greatly respected founder-editor of an English journal, The Indian Liberal that issues out of Poona, enjoying a limited but influential circulation which the Bombay Secret Police describes in a special report as ‘Ostensibly liberal but in effect subversive, professing constructive cooperation with HMG but in practical terms fomenting an intellectual non-conformism that flirts without entering into matrimony with, rebellion’. On reading which the Governor of Bombay writes on its margins in purple ink: “Always thought so, Guha is a Gandhi-ite in Besant-ite clothing. A man to be watched”. This Note Professor A.R. Venkatachalapathy is to discover a hundred years later in the India Office Records while researching Tamil-born Collaborators of the Raj.

2. The most sought-after public speaker in all the Presidency capitals and leading cities of British India and Princely India, earning the appellation of ‘Gold-tongued guru of the silver-tongued Srinivasa Sastri’ whom Chelmsford, Viceroy of India at the time, describes over dinner to visiting Edwin Montagu, then Secretary of State for India as: “Formidably intelligent, widely read, craftily well-spoken and hugely, hugely mischievous”. On hearing that description, Montagu exclaims, “Why then, he should make an excellent knight of the British Empire!” leaving Chelmsford staring into his soup of bottle-green peas. 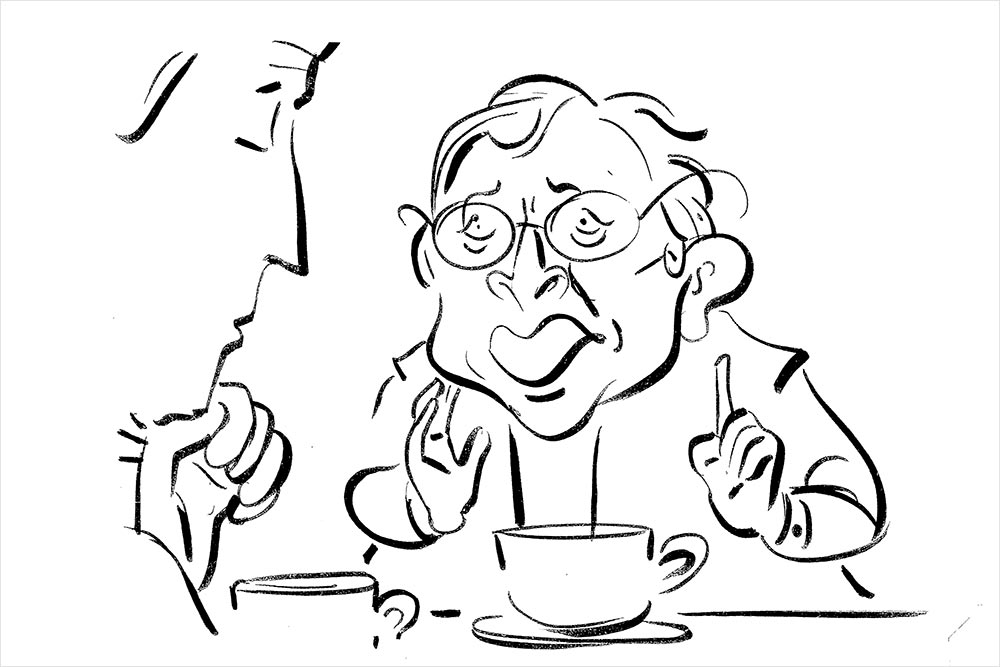 3. As an uncomfortable member of the Indian National Congress presided over, until the previous year, by his friend Dr Annie Besant, advising the new incumbent Syed Hasan Imam over tea: “Look, Imamsahib, support to the Khilafat Movement is a slippery sword. I am all for Turkey’s self-respect, but please do not allow that sword to slip into the hands of fanatics. I am against Imperialism, all Imperialisms, but I am also against Religious Fundamentalism, all fundamentalisms.” On hearing which the Congress president asks “Guhasahib, I know what you are against, but may I ask what are you for?”, which question strikes Prof Guha as extraordinarily flippant making him say with un-disguised irritation “I am for the Parsees Cricket Team and Hindus Cricket Team beating the Yorkshire County XI on the Lord’s Cricket Grounds with the winners—us lot—hosting the losers at dinner in London, with Ranji and the Aga Khan as Chief Guests. That’s what I am for”, making Hasan Imam stare deep into the dregs of his tea-cup.

4. As a member of the Servants of India Society, he is still in deep gloom over the untimely death in 1915, of his closest friend and colleague, Gopal Krishna Gokhale whose passing he had lamented in an editorial in The Indian Liberal in these words: “Gokhale’s mind rose above economics which he understood with felicity, above law of which he was a master. Above even politics, of which he was a hero. But towering above all these accomplishments was what can only be called his simple decency, the plain civility, the vein of honest humanity that is not too proud to apologise, not too vain to self-introspect, not so wrapped up in its own self-esteem as to not be able to tell another ‘I must learn from you’.” And then he added, “But alas, his short-sighted associates like the estimable A.V. Thakkar so lack their leader’s humanity as to think that ‘tribal welfare’ is about making tribes wear hand-spun and sing bhajans. Unity is one thing, uniformity is another. Our tribals are to be respected for being tribal, not for being potential Gandhians”. 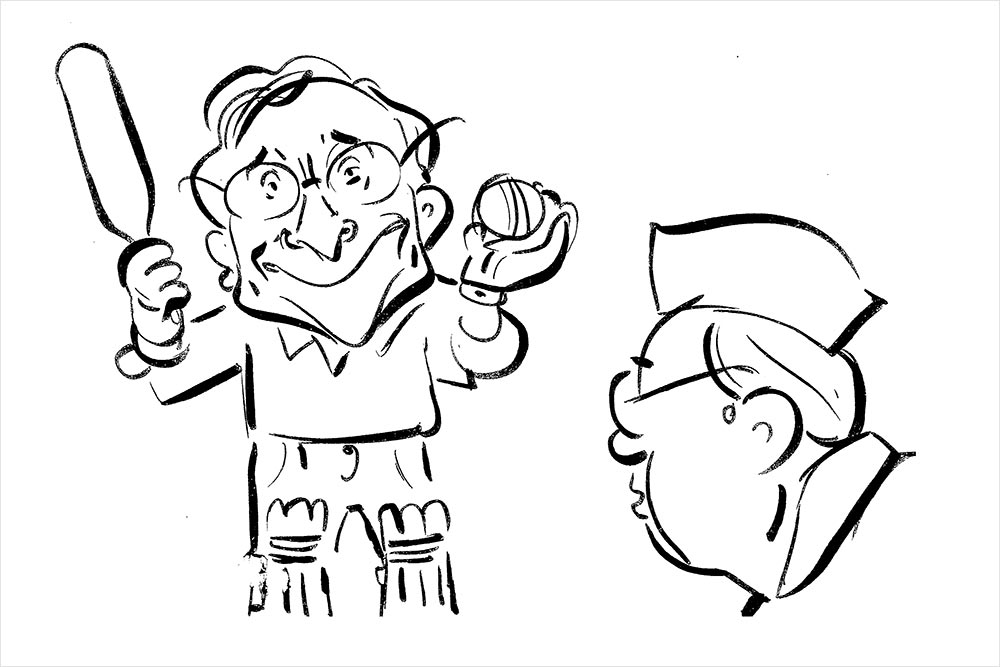 5. As a friend of Jawaharlal Nehru having met the young leader in the Home Rule League, he advises Nehru at a breakfast meeting: “I know your fascination for Karl Marx and see its impact on your ardour, your readiness for sacrifice, but I must warn you that revolutions tend to degrade, to debase into something as revolting as the system they want to end. Today’s liberators can become tomorrow’s tyrants’, making Jawaharlal say ‘Sir, let us get there first … I mean to liberation…We will tackle the risks of debasement at that stage…’, getting from the sixty-year old : ‘Jawahar, you will liberate but I predict that by the time your liberty settles down, you will be so weighed down by your success as to get drowned in it…. And that is when the little tyrants will emerge from your ship ‘SS Liberty’, little mice with sharp teeth and insatiable appetites…’

The 60-year-old nationalist’s closest friend is a Scot, Patrick Geddes the sociologist and town planner. Prof Guha and his English wife Eugene (the word-name meaning ‘Sujata’) have come to know Patrick and Anna Geddes intimately during the Geddes’ extended visit to India. From his Edinburgh home, Geddes writes: “Dear Ram, Sixty, they say, you are today. Now that is a lot but not nearly enough for all that you have to do and will…” Replying, Guha writes “Dear Patrick, The birthday greetings I have got are an embarrassment because they praise someone they know of only as a ‘successful’ writer and a ‘sought after’ speaker, not as a person who is very fallible, very capable of errors of judgment and expression. One ‘greeting’ was an exception. It came from a man both of us admire, Nehru. He took objection to an article I wrote recently on religious communalism in which I had said outward symbols can be provocative and gave as examples the burqa and the trishul. Nehru wrote saying ‘I am with you on communalism and indeed there is no such thing as good communalism and bad communalism but to compare a harmless attire worn by millions of women to a spear that is often used threateningly is, I put it to you, somewhat extraordinary. This does not come in the way of my wishing you many more years of frank writing and speaking.’ I wrote back to him saying I agree that a right point can sometimes be botched by a wrong lunge.” 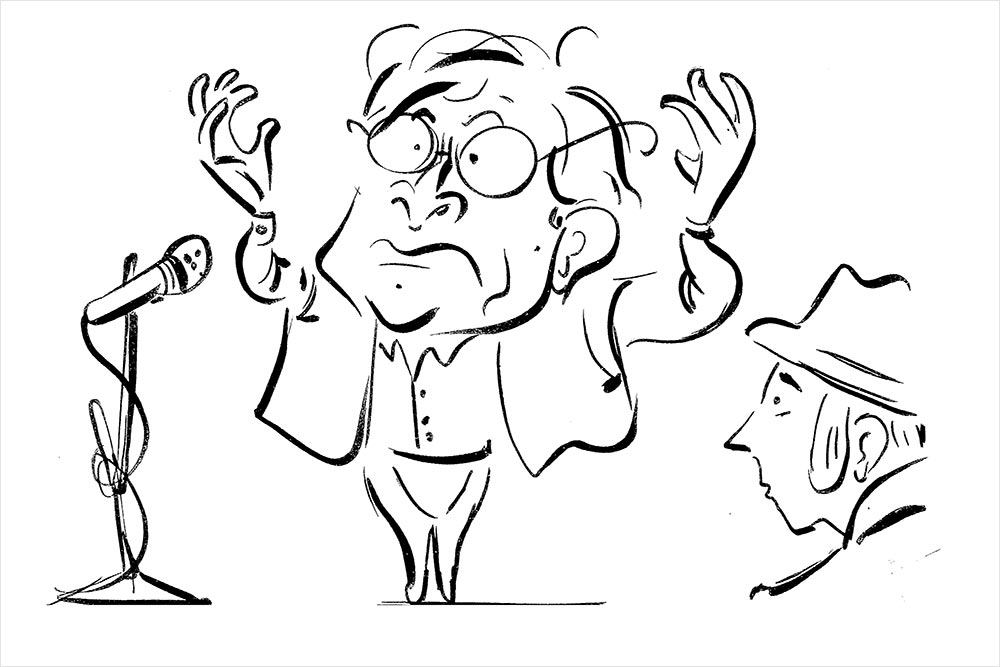 The Geddes-Guha correspondence extends to Nehru’s leader, Gandhi and Gandhi’s Hind Swaraj. Guha to Geddes: “Dear Patrick, I have just re-read Gandhi’s Hind Swaraj. I want to say, at the risk of being called ‘a typical Indian astrologer’, that Gandhi will be seen as the greatest Indian after the Buddha. I myself see him as that. But then I also want to be able to say that Gandhi will be ill-served when he gets to be worshipped rather than studied. I want to be able to say that his best books lie ahead of him, are yet to be written. And they should be autobiographical, telling us of his South African struggle, for instance. Hind Swaraj should be seen as but an outpouring of a mind that was in a churn, not some Gospel. I hope a biographer of Gandhi will someday be able to portray him as a phenomenal human being, another Buddha, who is setting us free from fear. ”

The Ramachandra Guha of the lines above is pure fiction.

But in times such as ours when fact is stranger than fiction, when so much is being forced on us by dogma, deceit and decadence, we can see in the ‘real’ Rama­chandra Guha one who like his fictional and yet not-so-fictional ‘archetype’ can exercise, in extension of Thoreau’s Duty of Disobedience, what may be called the Obligation to Object and the Right to Refute. One who can identify with, support, endorse causes without becoming a ‘camp follower’, who can rescue substa­nce from dogma, principle from ritual, affinity from discipleship, ideals from all fakery. Also one who can take honest criticism as happily as he dispenses it.

(The writer was the Opposition’s Presidential candidate, a former West Bengal governor and a former high commissioner to South Africa.)