Deft census jugglery renders STs a minority in their home 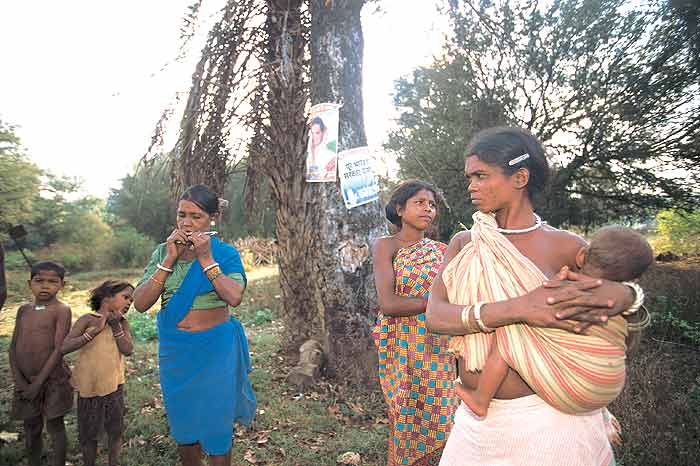 It may seem like an innocuous error but it has nonetheless sent the alarm bells ringing in Chhattisgarh. The administration of Jashpur district, an overwhelmingly tribal area, has been found to have reduced the local tribal population to a minority. It seems to have interchanged the census figures of the local scheduled tribe population with those of the scheduled castes. The 2001 census puts the figure for STs at 63.24 per cent of the total while the SC population is just 4.9 per cent.

The switch, which was made online, meant that the tribals were officially reduced to a minority. In fact, close to 300 villages in the district were shown to have zero ST population. The district administration said it was a mistake and corrected the data recently after a public furore. But few locals are convinced. Most feel it was intended to facilitate land acquisition for private firms by declaring tribal land non-tribal. The acquisition of tribal land is governed by several checks and balances to protect indigenous people. Jashpur collector S.K. Jaiswal denies any hidden motive and says the census book with the original data is referred to whenever needed.

During the visit of the vice-chairman of the National Commission for STs (NCST), Maurice Kujur, to the region this April, the locals raised the problem vociferously at the commission’s hearings. A senior official at the NCST told Outlook that an inquiry has been launched and the state government and the state census office have been asked to explain why this error occurred, for how long the erroneous data had been in place and where it was used. “If the inaccurate data was used for delimitation and unreserving certain seats, then it will raise very complex problems,” he says.

Close to 300 villages in Jashpur were shown to have zero tribals. The implicit threat: industrial land-grab.

In one such instance, Kunkuri, a block in Jashpur, was declared a nagar panchayat in the local body elections held earlier this year and the post of the chairman declared open for the general category for the first time. It was won by Murari Agarwal but his election has now generated a controversy. “There’s no reason why the chairman’s post should be declared open to everyone when the tribals are in a majority,” says Bharat Sai, the current Kunkuri MLA. Jaiswal refused to comment, saying only that the seat was declared open before his appointment. Unconvinced, Seoti Panna, an advocate at the Kunkuri tehsil court, says, “This wrong data may have been used to declare some seats reserved for tribals open to non-tribals.” The number of seats reserved for STs in the Chhattisgarh assembly has gone down. In the second assembly between 2003 and 2008, 33 of the 91 seats were reserved for STs. Post delimitation, they have fallen to 29 of the 90 seats in the current assembly. Jashpur now comprises three assembly seats instead of four.

Any attempt at whittling away political representation of the tribals plays into the fear that outsiders will take over tribal land and resources. Firms like Jindal Steel & Power Limited have applied for acquiring over 3,000 sq km of land in Jashpur.

Sudha Bharadwaj, a Bilaspur high court advocate who has fought against many cases of illegal land acquisition, says that existing checks like the Panchayat Extension to Scheduled Areas Act, which require the consent of gram sabhas for any land acquisition, are simply being overlooked or grossly violated. “We have found cases where the state has just ignored pesa provisions or where firms have forged consent letters from gram sabhas,” she states.

Some fear that even the census fails to record the accurate number of tribals, thus making them less influential politically. For example, Nand Kumar Sai, a BJP Rajya Sabha member from Chhattisgarh, asks, “Why would the decadal rate of population in Jashpur be just 9 per cent for STs and 31 per cent for the general public? The 2011 census enumerators therefore have to be careful not to repeat past mistakes.” Loopholes, after all, are meant to be exploited.

How To Eat Words