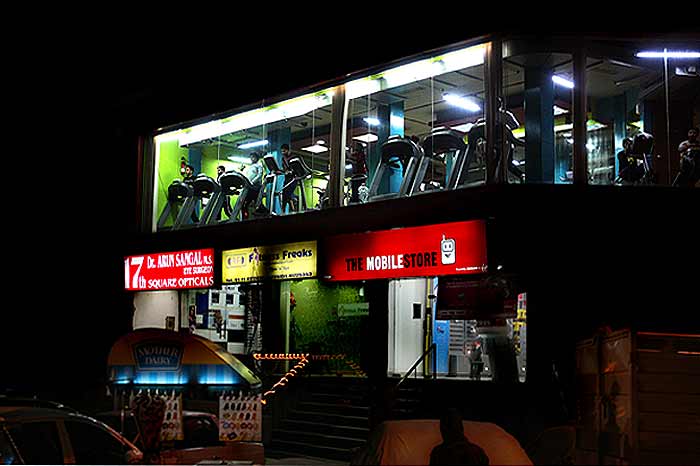 Something has changed. There was a time when anyone with a voice that could be heard described themselves as belonging to the middle class. We still do that, but that is merely to emphasise our rootedness. When we speak of the middle class today, we speak of it in the third person, as if that description belongs to someone else. Representations of the middle class tend to be self-conscious enactments; in this imagined middle class, people wear half-sleeve sweaters while driving a scooter, a la Rishi Kapoor in Do Dooni Chaar. The common man is no longer one of us—but someone who was once us, and now makes us feel all nice and nostalgic. In this sense, the middle class is becoming less a category that describes people from a certain station in life, more a description of the India that once was and now can never be, outside of a film. It doesn’t have to do with affluence, but with the implicit awareness that what we called middle class then is no longer an adequate label for what we are now.

The common man is no longer one of us—but one who was once us, and now makes us nostalgic.

This fundamental founding assumption is what has been dismantled in the last two decades. Economic growth, even the possibility of growth, has created a sense of mobility both economic and social that has changed the mental model of life itself. Perhaps the biggest change in the middle class has been that it has extracted itself from life and no longer sees it as an inevitable condition into which one is born. The ability to look at one’s life as a canvas on which one can paint a vision for oneself is a dramatic shift in perspective. It allows purpose to be created outside the network of a collective past and lends new meaning to the creation of the self. People are not already born somebody, by virtue of their caste or family, but instead need to strive to become someone through their individual actions. The locus of identity moves to an external source; ambition and aspiration become the engines that drive this quest.

The only means available earlier for any kind of mobility was education. Of course, even here, there existed a tight hierarchy and a manufactured scarcity of opportunity that made this avenue accessible only to a select few. The combination of a few good educational institutions with the social devaluation of many streams of education made for enormous competition for very few opportunities. For a vast majority, the effort was simply not worthwhile and peace was made quite easily with one’s lot. Today education has become available to a larger number, although there is still a long way to go. More importantly, a variety of new career options have emerged, making for many more roads to success. Add to this a shiny new mobility device called talent, which places an inordinate value on some intrinsic ability that one might possess, and we can see why India’s youth brims over with the unspecific confidence from having a sense of many options without quite knowing what they want.

The new sense of ease needed a new language in which the middle class has learned to express itself. Consumption in general and money in particular has served to play this role. Twenty years ago, large parts of India were essentially demonetised, in that money did not play a critical role in marking differences between people of a similar social class. Jobs in reputed companies paid just a little more than other jobs, and even the most coveted professions carried more currency of a social rather than material kind. Liberalisation has made money a more universal measure of worth; and today’s middle class expresses itself much more through this form. In a more general sense, acts of consumption allow them concrete markers of the progress they are making in their lives. Consumption is useful as a sign because it is atomised, visible and gratifying. For a large part of the middle class, buying things is the only accessible way of communicating how far they have come in their overall journey.

This has not altered the traditional need for value, which continues to hold firm. But today we see that the aim of squeezing more value out of anything has less to do with spending less and more to do with getting more. Earlier, every act of spending involved a sense of diminution of the self—one came out of a shop having shrunk in size. No wonder the Batas of the world used pricing of the kind they did; even the transparent illusion of paying Rs 99.95 and not a three-figure sum made us feel just a little better. Today, spending money makes us feel better about ourselves; we glow with pride as we flash our credit card and charge today’s pleasure to tomorrow’s labour. Of course, we still work hard at getting better deals, but now we want to get the LCD TV faster rather than the smaller TV cheaper.

The desire for a better lifestyle, one that is discontinuously better than the one we lead, has been a big driver of middle-class consumption. Incremental progress is not exciting enough; it is the categories that change the way we lead our lives that invite desire. The mobile phone revolution in India points to this need. It is interesting to note that the mobile phone is strictly speaking, not a necessity, in that it does not substitute any existing product. The fact that mobile phone penetration in India is higher than that of primary school education, if some statistics are to be believed, is a clear indicator of the priorities of today’s consumer.

Pressure on the man has grown and he faces the unfamiliar experience of evaluation by his wife.

Perhaps the biggest change in the middle class has come about in its attitude towards pleasure. Entertainment was always important in India but the engagement with popular culture had an undercurrent of desperation about it. Cinema was the only means of escape we had from the grinding restraint that surrounded us in our daily lives and we located ourselves inside the film and sought psychological succour in its commodious petticoat. The same repetitive themes, with archetypal characters, the repressed and wistful nature of the film song, dripping with yearning and inarticulate passion, and the same resolutions of the same conflicts marked much of what was on offer. What has changed—and this too only in the last few years—is that we are learning to stand outside the frame of the film and consume more deliberately, for pleasure. It is still an escape but the reality it refers to is no longer as oppressive as it once was. The biggest sign of this new mindset is the relationship the middle class has today with the senses. Historically, the senses were a source of great fear, for they honked at the doors of our restraint and tugged at our impulses to leave the safety of self-control for the world of unbridled self-indulgence. We were on guard against our senses all the time and created elaborate mechanisms to keep ourselves in check. Today, the middle class is led much more by its senses, as it craves new experiences in new colours, textures, spectacles. 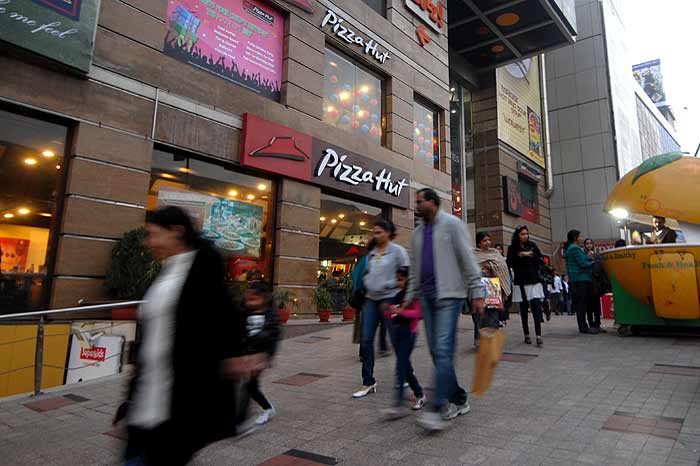 The middle class has given more room to itself by detaching both tradition and modernity from time. Tradition is no longer about the past, but is indeed an attire that comes in handy on some occasions. Modernity too imposes no great burdens, and one does not feel the pressure to act in accordance with its codes all the time. The individual toggles between the two as per one’s immediate circumstances. What the middle class seeks today is a sense of specialness, some proof that they are not ordinary. The belief that one is destiny’s child and that good things will automatically come to you if you so will it is the abiding myth of our times, one that has fuelled the success of many films, particularly those featuring Shahrukh Khan.

A greater awareness of oneself and an ability to live life more deliberately also means relationships are no longer entirely contained in the roles one plays. Relationships of a certain kind are easier; by and large those between the generations has relaxed noticeably as parents, particularly the father, is no longer the distant figure of authority with an air of omniscience expressed through occasional grunts of inarticulate disapproval. The change is most striking for the woman, whose sense of self was earlier almost entirely defined by the roles she had to play. Today these no longer exhaust her although she continues to play them all. Often, she enacts these roles, playing the dutiful daughter-in-law with a knowing wink and tip-toeing around the fragile areas of the husband’s ego without taking it too seriously. Even the relationship with the husband has eased, for there is a greater recognition of the economic value of the wife’s efforts and a greater dependence on each other. The pressure on the man has, on the other hand, grown and he faces the altogether unfamiliar experience of being evaluated by his wife. Used to doing nothing wrong, he now has to answer for his performance—be it in the office or, in some cases, in bed.

Overall, the middle class is now increasingly a category with extremely porous boundaries and it no longer sums up a large section of urban India as it once did. Mobility of various kinds has breached the bund; the middle class is today less a description of a mindset and more of a demographic station in life. Which is why when we need to show the middle class, we still need to summon up the Bajaj scooter, even though it is no longer manufactured.

The author is an advertising professional and social commentator