Man, Woman and Child plough their frenetic, lonely and despairing furrows in this exhilarating novel of new India 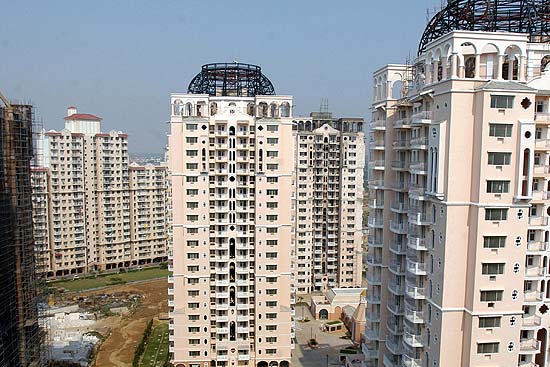 Raj Kamal Jha’s latest offering, She Will Build Him A City, is a Kafkaesque tale of the isolation, disorientation and dissonance that come with modern living. The novel is set for the most part in New City (a thinly veiled version of Gurgaon) and plays out in three seemingly unconnected narratives centreing around three characters referred to simply as Man, Woman and Child. The three occupy sliding rungs on the socio-economic ladder—Man is an affluent corporate executive with a lifestyle beyond the imagination of most of his compatriots, Woman is an ex-teacher and an indeterminate part of the middle classes and Child is a destitute orphan, named Orphan. Man’s story covers in its arc depravity, guilt, predation, rape and murder Woman’s is essentially the story of regrets and of a failed love between a mother and her now comatose daughter; and Orphan’s story is the story of all those who occupy shifting spaces in cities built by design to exclude them—abandoned babies, stray dogs, under the flyover dwellers, beggars, rickshaw-pullers and slum-dwellers with aspirations for a better future.

Of the three tales, Man’s is riveting for its repressed violence and exaggerated sense of being located in an alternate reality, that defined by glass towers, plush highrise apartments and luxury cars and people who are named by the purpose they serve—Driver, Taxi Dri­ver, Security Guard. Woman’s story is steeped in remembrance and sentimentality as she sits recounting the past to a daughter lost to an unknown trauma. It tends to digress and meander as she delves into theories of language and the work of three Nobel laureates she is reading. These segments are beautifully curated and interesting to read, though a trifle self-indulgent on the author’s part, as also detracting from the tautness of the narrative. Orphan’s tale, however, is the beating heart of the novel and is told with a masterly blending of grim reality and fanciful flights of imagination. It is here that we meet characters with real everyday names like Kalyani Das, Mrs Chopra and Dr Neel Chatterjee, whose lives anchor the story in gritty everyday struggles, as well as Bhow, the flying dog and a wispy old woman called Ms Violets Rose who lives in the secret dark of Europa cinema with Orphan, sneaking every now and then into the scenes of the movies being played out on the screen.

The three stories come together in the end in a fairly seamless fashion. Jha puts his years in the newsroom to stellar use, mixing and mashing headlines and recognisable figures to create a backdrop both new and familiar. Mall, Metro, Multiplex and Apartment City serve as a setting for the story and also as metaphors for a modernity whose glitzy edifice stands on the choked and mangled lives of those who fell between the cracks in the race to riches.

Jha is a master of his craft. There are many diverse elements of style brought together with deft precision. The main stories are interspersed with a few cameos that fleetingly divert and then are knit back into the narrative. It is also something of a marvel that language so acutely lyrical can be deployed to convey depravity, loneliness and seething subconscious violence. It provides a unique tempering to the story, creating a nagging discomfort in the mind of the reader that something so ugly should not possibly be conveyed with so much beauty.

Jha’s brand of magic realism is somewhat akin to the work of Catalan pain­ter and muralist Joan Miro. He uses generic names (Apartment City, Taxi Driver, Security Guard) to create a sprawling, stylised canvas that is flat, with a dream-like automatism to it. Against this, he mounts a few characters and narratives in vivid, almost lurid detail, picking out each in isolation and arranging them in deliberate juxtaposition to the whole, such that the figures seem to float above the ground, separate and surreal. Again, like Miro, Jha uses the artifice of a childlike representation to magnify the sense of horror. The Red Balloon too seems to have floated right off a Miro canvas and into the novel.

There are a few tiny quibbles. Some of the minor stories have been left hanging and could have done with better closure. And it seems cavalier to dismiss Woman’s steadfast student lover in a passing sentence about Gabriela Mistral’s life.

All told, a dark, disturbing and exceptionally beautiful book.

Moths At The Altar Of An Illicit Flame